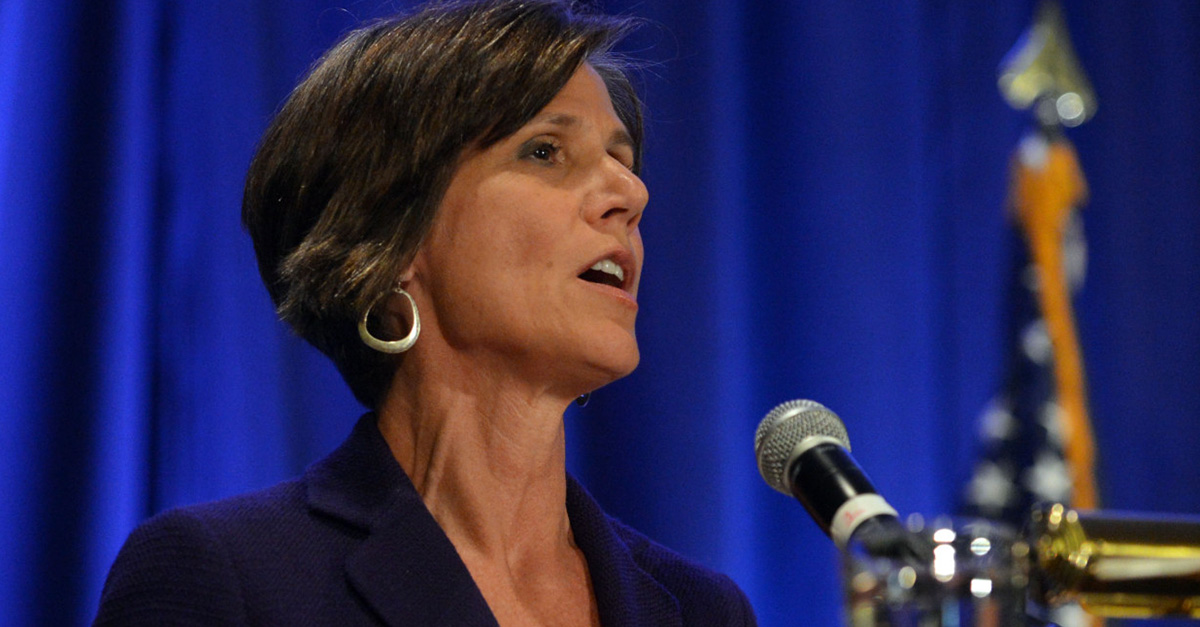 Donald Trump has replaced the acting attorney general, Sally Yates, hours after she ordered Department of Justice lawyers not to defend Trump’s executive order on immigration.

In a letter published today in the New York Times, Yates wrote that she was not convinced of the executive order’s legality. She also saw inconsistencies between the executive order and the Department of Justice’s mission “to always seek justice and stand for what is right.”

Hours later, Press Secretary Sean Spicer tweeted that she had been replaced by Dana Boente, U.S. Attorney for the Eastern District of Virginia.

The White House released a statement on the action. They said Yates, an Obama appointee, “betrayed the Department of Justice by refusing to enforce a legal order designed to protect the citizens of the United States […] Ms. Yates is an Obama Administration appointee who is weak on borders and very weak on illegal immigration. […] It is time to get serious about protecting our country.”