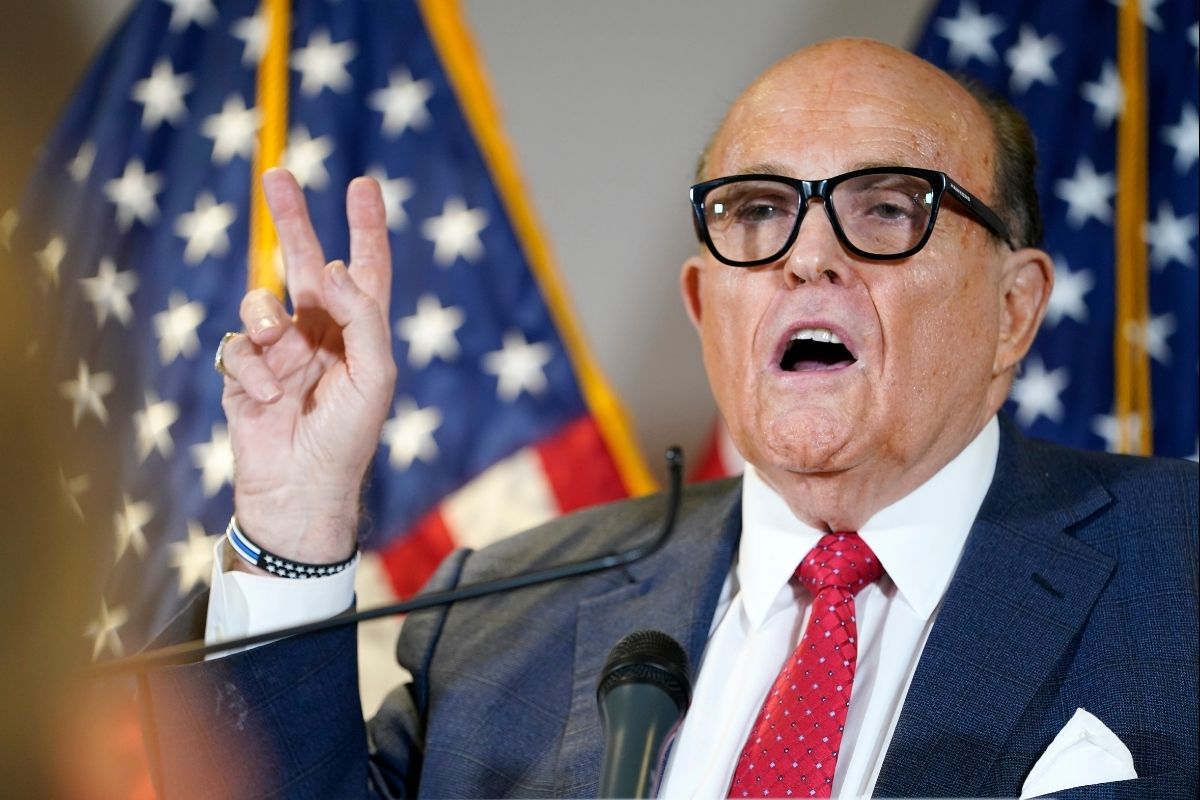 Another big yikes goes to former New York City Mayor Rudy Giuliani, as President Donald Trump announced that his personal lawyer has now tested positive for the coronavirus. Giuliani, a politician known for cleaning up the streets of New York, has made headlines recently for seemingly asinine issues that aren’t necessarily politically relevant. Nevertheless, the public has eaten Giuliani up, and I can’t really blame them.

.@RudyGiuliani, by far the greatest mayor in the history of NYC, and who has been working tirelessly exposing the most corrupt election (by far!) in the history of the USA, has tested positive for the China Virus. Get better soon Rudy, we will carry on!!!

Giuliani, 76-years-old, was admitted to MedStar Georgetown University Hospital in Washington, but no one’s sure when he actually contracted the virus. Over the last month, the Republican politician has been traveling all over the country, fighting the 2020 presidential election results that put Democrat Joe Biden as the new president-elect. Trump’s personal attorney has traveled specifically to Pennsylvania, Michigan, Arizona, and Michigan. In Michigan, he was seen in the House of Representatives arguing the alleged voter fraud without a mask. Not to mention, other bodily processes were definitely heard as well.

The next day, Giuliani was at another hearing at the Georgia Senate Judiciary Committee, contesting that state’s results. And even then, some of the state senators were maskless. A spokesperson for the Georgia state senate told ABC News, “Senate staff members who were present in the committee room for the hearings have been instructed to work from home until they have an opportunity to take a COVID test and receive the results.”

Giuliani’s assisting attorney, Jenna Ellis, was with him when he attended the White House senior staff Christmas party last week, and she actually had contracted COVID-19 over the summer. Giuliani also appeared on an interview on Fox News with Maria Bartiromo and has been added to the list of White House officials who have had the virus.