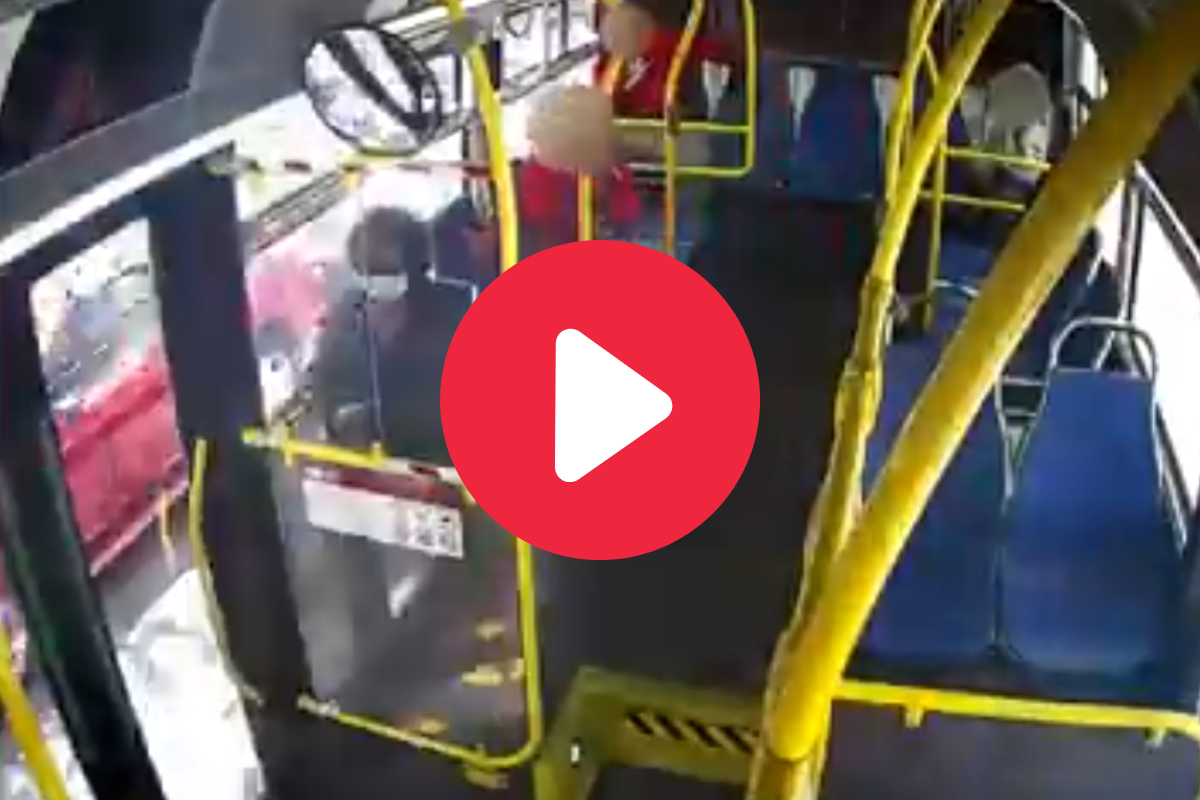 In what appears to be an unprovoked, inexplicable act of cruelty, a teenage boy was caught on camera setting a woman’s hair on fire while riding a bus in San Francisco.

Please visit the attached link to read the full synopsis regarding this incident➡️https://t.co/sy8gO16pOw pic.twitter.com/LVXMa8r4rt

The video and police report was released by the San Francisco police department this Wednesday, though the incident allegedly occurred on Sunday, May 2. In onboard security camera footage from the #5 Fullerton Street bus, a teenage male dressed in red is seen sitting down behind a forward-facing female passenger. For no apparent reason, the teen then proceeds to hold a lighter to the woman’s hair for several seconds before it catches on fire.

After setting the victim’s hair on fire, the perpetrator and two acquaintances exited the bus as other passengers scrambled to help the woman. After the fire was put out, the victim left the bus before officers from the Tenderloin Police Station arrived on the scene.

SFPD officers are asking the victim — who has been described as a Hispanic or Filipino woman between the ages of 50 and 60 years with dark hair and eyeglasses — to come forward to provide a statement. The SFPD is also asking anyone with information about the victim, suspect, or the incident to contact the local law enforcement department.

Please visit the attached link to read the full synopsis regarding this incident ➡️ https://t.co/Kqd2fDeVhd pic.twitter.com/KrsfOVwXJL

The SFPD Special Investigations Detail is investigating the incident as a possible hate crime, according to CBS SF BayArea. “When I seen it on my phone, I was just, like, why is there so much people targeting women, and Asian women,” Aushanae Crayton, a Muni rider and San Francisco resident, told the local CBS news outlet. “So I was just, like, why would somebody do that to her?”

Amanda Cheng, another local, also spoke with CBS, noting: “You just don’t feel safe in San Francisco as a pedestrian, as somebody who lives here. This just can’t be happening, day in and day out, my parents are worried and I carry pepper spray.”

The incident occurred amid a surge in Asian-directed hate crimes in San Francisco and around the country. The spike in Asian hate crimes may be driven by racism tied to the COVID-19 pandemic, research shows. 2020 studies found that hostile views of Asians reached all-time highs in 2020, in part because of the unfounded idea that China was behind the spread of the virus.