There’s been a stunning upset in the Alabama special election 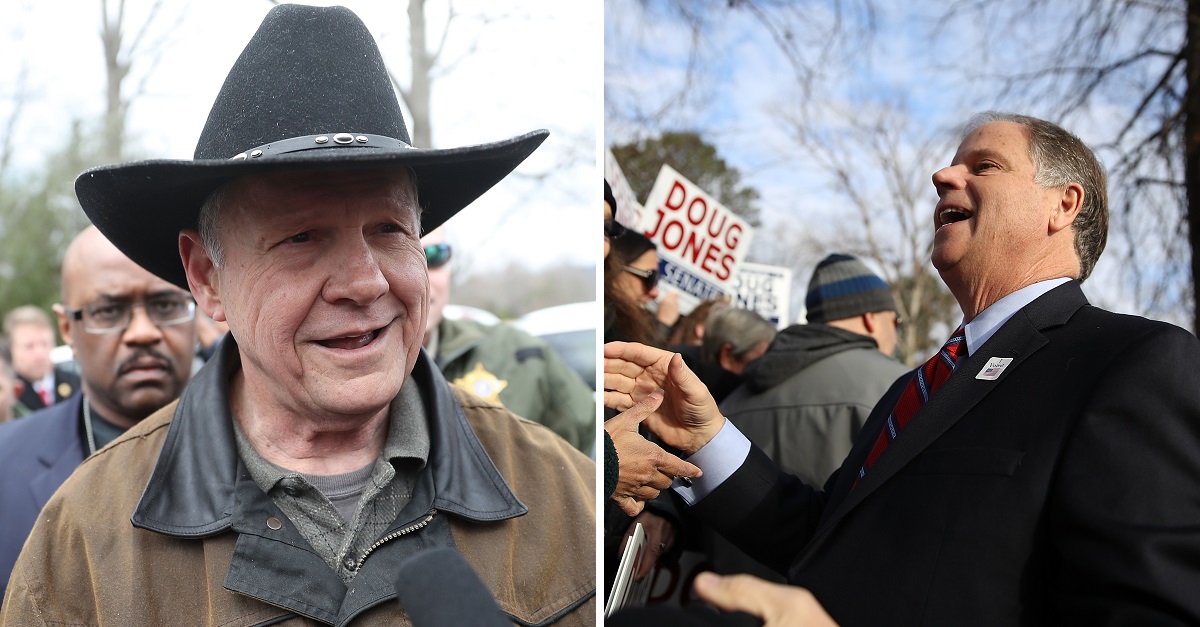 In a stunning upset, Alabama Democrat Doug Jones has won the state’s special election for the Senate seat vacated by Jeff Sessions.

DDHQ is calling #ALSen: Doug Jones (D) will be the next US Senator from Alabama.

RELATED: Roy Moore continued a “sassy” tradition that raised a lot of eyebrows at the polls

A Washington Post story published November 9th listed detailed allegations that Roy Moore courted four women when they were in their teens and he was in his thirties. The youngest of those four, Alabama woman Leigh Corfman, says she was just 14 when Moore pursued her. She said that Moore had kissed and fondled her in his car.

That injected new controversy into the race. In the coming weeks, more women would come forward, and Moore would see seven women accuse him of similar conduct. Moore denied all accusations against him.

Senator Jeff Flake and former presidential candidate Mitt Romney both came out against Moore, with Flake saying the party was “toast” and Romney saying Moore would be “a stain on the GOP and on the nation… No vote, no majority is worth losing our honor, our integrity.” The Republican National Committee (RNC) and the National Republican Senatorial Committee (NRSC) pulled support for Moore. Senate Republicans threatened an ethics investigation of Moore if he won, citing the noxious nature of the allegations against him.

Other prominent Republicans — including Vice President Mike Pence — said Moore should step aside if the allegations are true.

At first, President Donald Trump would only say he opposed a “liberal Democrat” to represent Alabama, but came around to explicitly endorsing Roy Moore in the weeks before the election. In a reversal, the Republican National Committee returned to Moore’s campaign.

Democrats refusal to give even one vote for massive Tax Cuts is why we need Republican Roy Moore to win in Alabama. We need his vote on stopping crime, illegal immigration, Border Wall, Military, Pro Life, V.A., Judges 2nd Amendment and more. No to Jones, a Pelosi/Schumer Puppet!