Catherine Zeta-Jones is finding herself with a lot for which she’s grateful this holiday season. Chiefly, her longtime husband Michael Douglas.

Zeta-Jones, 53, told People in an interview published Tuesday that her family life with Douglas “gets better and better” with each passing year.

“To have our little nucleus back together is always the best,” she added.

Zeta-Jones and Douglas, Sitting in a Tree

Catherine Zeta-Jones and Michael Douglas met in August 1998 while attending the Deauville Film Festival. Mutual friends Melanie Griffith and Antonio Banderas introduced Zeta-Jones and Douglas to each other.

By November of that year, Zeta-Jones was pregnant with the couple’s first child. The next month, the two became engaged.

Zeta-Jones and Douglas have two children: Dylan Michael and Carys Douglas. Michael is an actor, while Carys Douglas showed up in episodes of Extra and Entertainment.

The actors’ love for one another is irrefutable. Five years ago, she stood up for her husband after he preemptively denied allegations of sexual misconduct from 30 years ago.

“My reaction was that as two people who have been in this business — him longer than me — was that we support ‘Me Too’ and the movement more than anybody, anybody — me as a woman, him as a man,” she told Entertainment Tonight.

Zeta-Jones continued: “There was no other way than to be preemptive in a story that had to be watched. He did a statement, he did it. I think it’s very clear the way that he stands. I cannot elaborate on something that’s so very personal to him.”

Catherine Zeta-Jones fans are well aware of her free-spirited lifestyle. Way back in 1995, she told Daily Mirror: “I drink, I swear, I like sex.”

Zeta-Jones is likely grateful for her career, into which she breathed new life in 2022. She didn’t log any TV or film credits in 2000.

The following year, her only project in those mediums was Prodigal Son, a now-canceled Fox drama. which she portrayed a doctor at a psychiatric facility. Zeta-Jones appeared in seven episodes of the program’s second season.

This year, however, Zeta-Jones attracted more publicity than she has in many years.

For starters, she appears in a supporting role as Morticia Addams in Tim Burton’s Wednesday. The first, eight-episode season premiered in mid-November and is already drawing an exceptional number of viewers.

In addition to her Wednesday role, Zeta-Jones will play the villain in the highly anticipated National Treasure reboot. National Treasure: Edge of History will be a Disney+ Original series, not a film. It’s set to premiere Dec. 14.

For his part, Douglas will play the titular character in the upcoming Apple TV+ series Franklin. 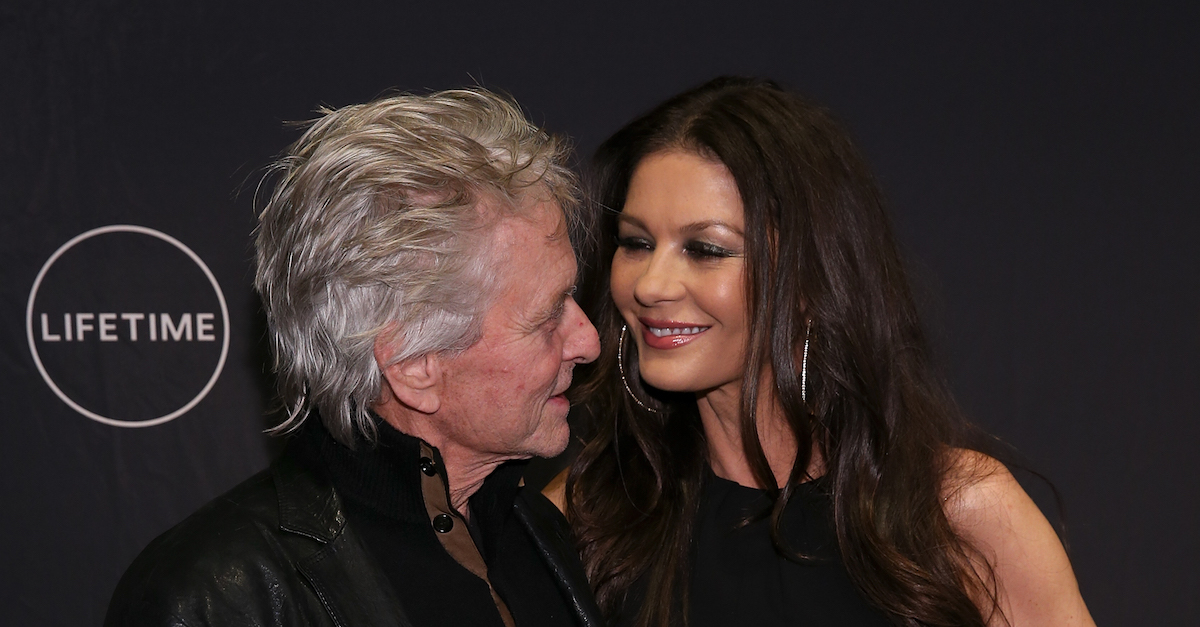