Two years ago, two of our favorite child actors — Macaulay Culkin and Brenda Song — found love with each other. Not too long afterward, they got engaged.

At present, marriage appears to still be in the distance for the couple.

Generally speaking, Culkin and Song stay pretty quiet about their relationship. But every now and then, one or both spouses will toss the tabloids a bone by giving an update on their lives.

“[The relationship is] great!” Song told Us Magazine way back in September 2018. “I don’t like to talk about my personal life, but everything’s wonderful and I’m happy.”

Around the same time, Culkin told Joe Rogan about his plans to procreate.

“I’m gonna make some babies,” he said. “This one’s a good one, so I’m probably going to put some babies in her in a little bit. I mean, we’ve definitely been practicing.”

They are parents to one child, a boy named in honor of Culkin’s late sister, Dakota. Time will if more will be on the way.

Catching Up with Macaulay Culkin

Forty-two-year-old Macaulay “Mack” Culkin became the ultimate child star after his prominent performance in Home Alone. After his earlier appearance in Uncle Buck alongside comedic powerhouse John Candy, Culkin was the natural choice to play the demanding role of Kevin McCallister.

As we all know, Culkin did more than rise to the challenge. A movie like Home Alone could easily have floundered with a boy lead who was too exaggerated. But Culkin carefully depicted Kevin as lonely, sweet, and only occasionally cocky.

Not to mention, his facial expressions have inspired countless imitations.

Macaulay Culkin would go on to star in the respectable sequel, Home Alone 2: Lost in New York, the tear-jerker My Girl, and more. And though he’s no longer a prolific actor, Culkin boasts other creative pursuits.

He fronted a pizza-themed comedy rock band for some time, the Pizza Underground, and published his own pop-culture satire site. Away from Hollywood, he’s always shown off a naturally playful side.

Fans were also shocked in 2017 when Culkin was spotted getting cozy with another early-aughts favorite: former Disney kid Brenda Song.

Catching Up with Brenda Song

At the time, Song’s casting was one of the few moments of Asian representation on the popular kids’ network. Post-Disney, Song appeared in the film The Social Network and completed various TV arcs on shows like New Girl, Scandal, and Dads.

In 2019, she appeared in Netflix’s Secret Obsession and Seth Green’s comedy-drama Changeland … the latter co-starred none other than Macaulay Culkin. They met on set in Thailand and quickly fell in love.

An Update on Culkin and Song’s Unique Relationship

While reporting, journalist Ryan D’Agostino collected some excellent tidbits about the intimate relationship that Culkin and Brenda Song share.

The couple resides in Los Angeles, California, in a house filled with pets: a parrot, three cats, some fish, and a Shiba Inu.

“Happy 40th birthday to this magical being,” she wrote, according to People. “I could sit here and write endlessly about how wonderful, kind, loving, genuine, loyal, honest, brilliant and hilarious you are, and how grateful I am that I get to share and do this life thing with you.”

Dakota Song Culkin was born in April 2020 and named for Culkin’s sister, who died in 2008. (Culkin was the fourth of eight siblings in an unconventional acting family.)

In September, Song talked with People about her and Culkin’s lives, as well as what’s going on with their family.

“Wedding planning is so expensive and it takes up so much time,” Song said. “Being a new mom, we’re so busy. It feels so convenient to be able to sit down and be able to get everything done all at once.”

Entertainment Tonight reported in late December 2022 that the couple is currently planning their wedding. 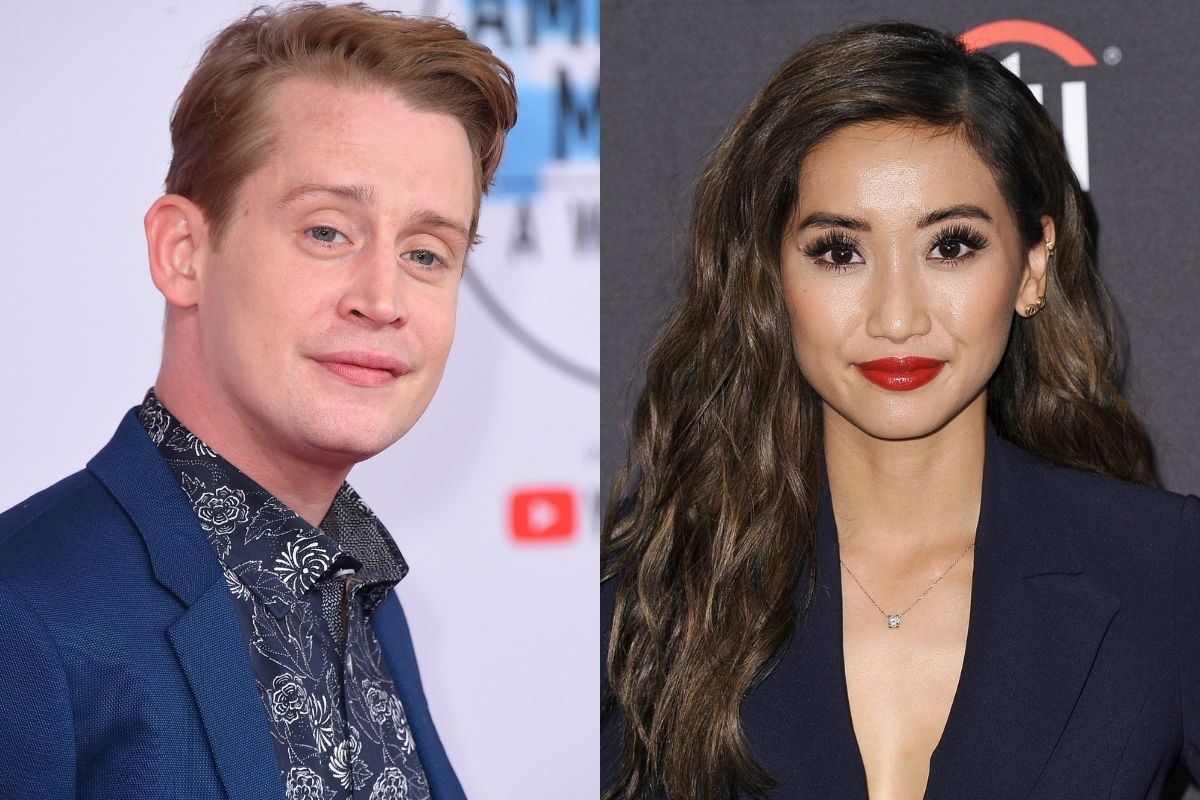