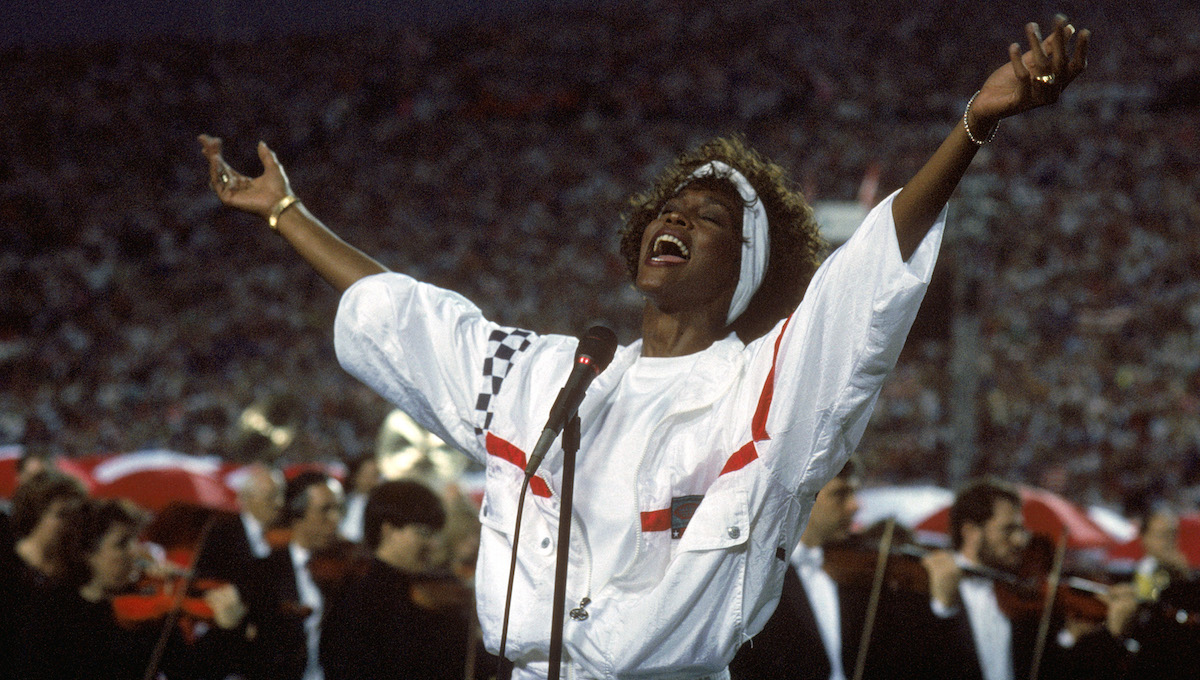 YouTube/Screenshot
TAMPA, FL - JANUARY 27: Whitney Houston sings the National Anthem before a game with the New York Giants taking on the Buffalo Bills prior to Super Bowl XXV at Tampa Stadium on January 27, 1991 in Tampa, Florida. The Giants won 20-19. (Photo by George Rose/Getty Images)

On January 27, 1991, pop singer Whitney Houston appeared at Super Bowl XXV to sing “The Star-Spangled Banner” in front of 73,000 people at Tampa Stadium in Tampa, Florida.

At the time, the United States was immersed in the height of the Gulf War and the song was dedicated to all of the troops who were fighting overseas.

Dressed in a red, white and blue track outfit, Houston approached the microphone and delivered one of the most powerful renditions of the song ever recorded. Her performance was so popular that Houston released the song as a single with 100 percent of the proceeds going to charity.

In the decades that followed the event, Houston’s version has remained one of the go-to performances of the song, whenever a prerecorded track is needed.

After the terrorist attacks on September 11, 2001, Houston re-released the song and it once again became a chart-topping hit.