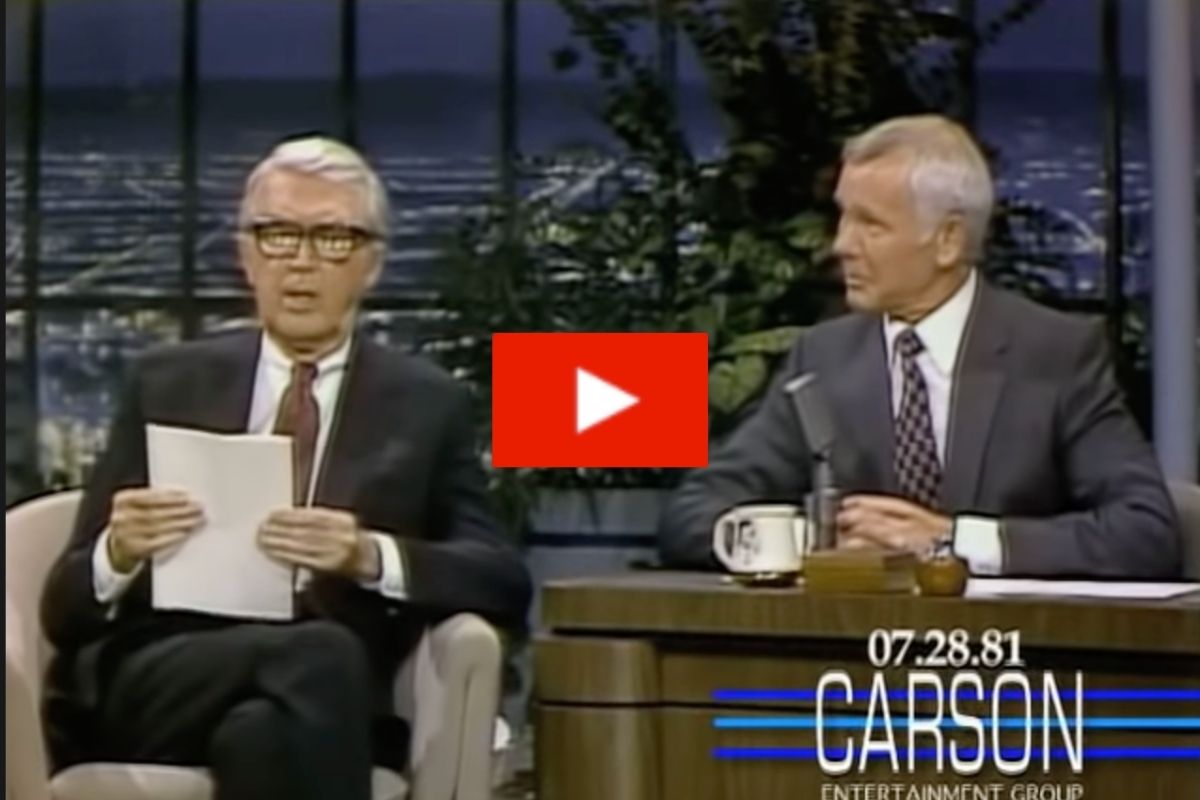 In 1981, Jimmy Stewart showed all pet owners that he was cooler than all of them by going on The Tonight Show Starring Johnny Carson and reading a poem that he wrote about his dog. The poem allegedly even made the late-night host cry.

Jimmy Stewart And His Dog Beau

Jimmy Stewart was prominently known from It’s A Wonderful Life, but he also had taken up writing poetry. While he didn’t specifically say what happened to his beloved dog on The Tonight Show starring Johnny Carson, the poem was known for not only bringing show host Johnny Carson to tears, but also the rest of America. And this is what had happened, according to Why We Love the Dogs We Do by Stanley Coren:

“While shooting a movie in Arizona, Stewart received a phone call from Dr. Keagy, his veterinarian, who informed him that Beau was terminally ill, and that [Stewart’s wife] Gloria sought his permission to perform euthanasia. Stewart declined to give a reply over the phone, and told Keagy to ‘keep him alive and I’ll be there.’ Stewart requested several days’ leave, which allowed him to spend some time with Beau before granting the doctor permission to euthanize the sick dog. Following the procedure, Stewart sat in his car for 10 minutes to clear his eyes of tears. Stewart later remembered: ‘After [Beau] died there were a lot of nights when I was certain that I could feel him get into bed beside me and I would reach out and pat his head. The feeling was so real that I wrote a poem about it and how much it hurt to realize that he wasn’t going to be there any more.'”

Super sad, whether you’re a dog lover or (God forbid) not.

Jimmy Stewart Reading His Touching Poem About His Dog Beau

Here is the transcription of the poem, for those who prefer to read.

He never came to me when I would call
Unless I had a tennis ball,
Or he felt like it,
But mostly he didn’t come at all.
When he was young
He never learned to heel
Or sit or stay,
He did things his way.
Discipline was not his bag
But when you were with him things sure didn’t drag.
He’d dig up a rosebush just to spite me,
And when I’d grab him, he’d turn and bite me.
He bit lots of folks from day to day,
The delivery boy was his favorite prey.
The gas man wouldn’t read our meter,
He said we owned a real man-eater.
He set the house on fire
But the story’s long to tell.
Suffice it to say that he survived
And the house survived as well.
On the evening walks, and Gloria took him,
He was always first out the door.
The Old One and I brought up the rear
Because our bones were sore.
He would charge up the street with Mom hanging on,
What a beautiful pair they were!
And if it was still light and the tourists were out,
They created a bit of a stir.
But every once in a while, he would stop in his tracks
And with a frown on his face look around.
It was just to make sure that the Old One was there
And would follow him where he was bound.
We are early-to-bedders at our house — I guess I’m the first to retire.
And as I’d leave the room he’d look at me
And get up from his place by the fire.
He knew where the tennis balls were upstairs,
And I’d give him one for a while.
He would push it under the bed with his nose
And I’d fish it out with a smile.
And before very long He’d tire of the ball
And be asleep in his corner In no time at all.
And there were nights when I’d feel him Climb upon our bed
And lie between us,
And I’d pat his head.
And there were nights when I’d feel this stare
And I’d wake up and he’d be sitting there
And I reach out my hand and stroke his hair.
And sometimes I’d feel him sigh and I think I know the reason why.
He would wake up at night
And he would have this fear
Of the dark, of life, of lots of things,
And he’d be glad to have me near.
And now he’s dead.
And there are nights when I think I feel him
Climb upon our bed and lie between us,
And I pat his head.
And there are nights when I think I feel that stare
And I reach out my hand to stroke his hair,
But he’s not there.
Oh, how I wish that wasn’t so,
I’ll always love a dog named Beau.
So moving. Now, we neither will forget a dog named Beau.