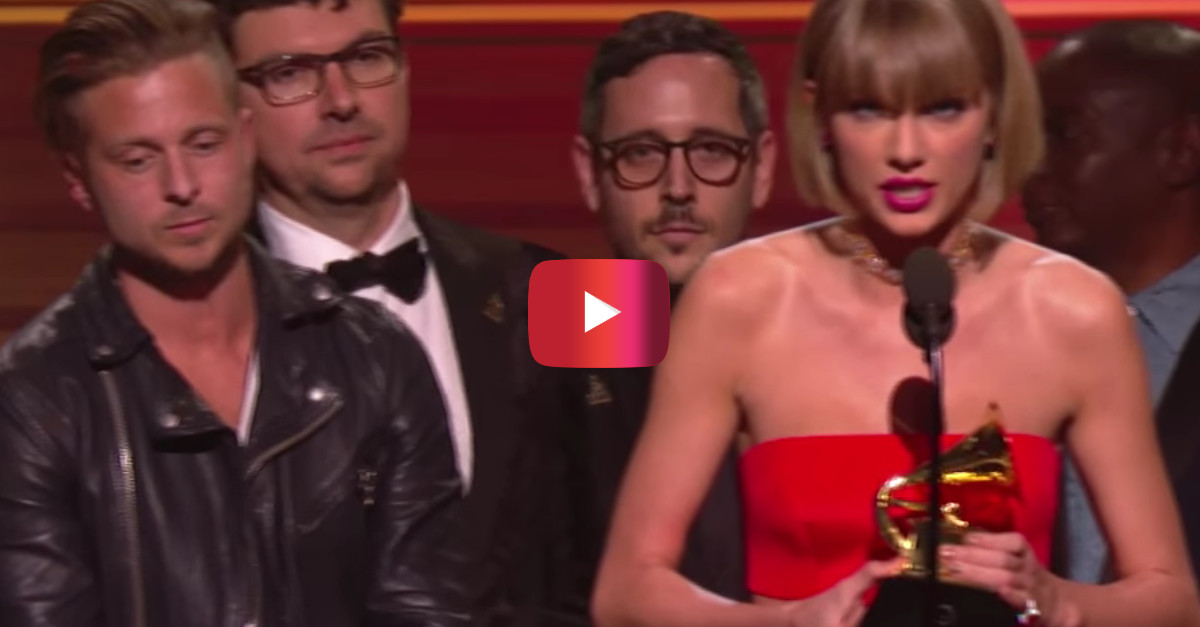 A visibly fired up Taylor Swift accepted the award for Album of the Year at the 2016 Grammy Awards on Monday night, and took an indirect shot at rapper Kanye West in the process.

Last week, West released an album that referenced that he may one day have sex with Swift, and noted on the record that he “made that bitch famous.”

After the song was released, Kanye claimed that Swift had approved of the line, whereas Swift’s publicist strongly denied it.

On Monday, Swift seemed to have Kanye in mind as she accepted the evening’s top award, and reminded the audience that nobody can take credit for someone else’s success.

“As the first woman to win Album of the Year at the Grammys twice, I wanna say to all the young women out there: there are going to be people along the way who will try to undercut your success, or take credit for your accomplishments or your fame,” Swift said with more than a hint of anger seething through her words.

“If you just focus on the work and you don’t let those people sidetrack you, someday when you get where you’re going, you’ll look around and you’ll know that it was you and the people who love you that put you there, and that will be the greatest feeling in the world.”