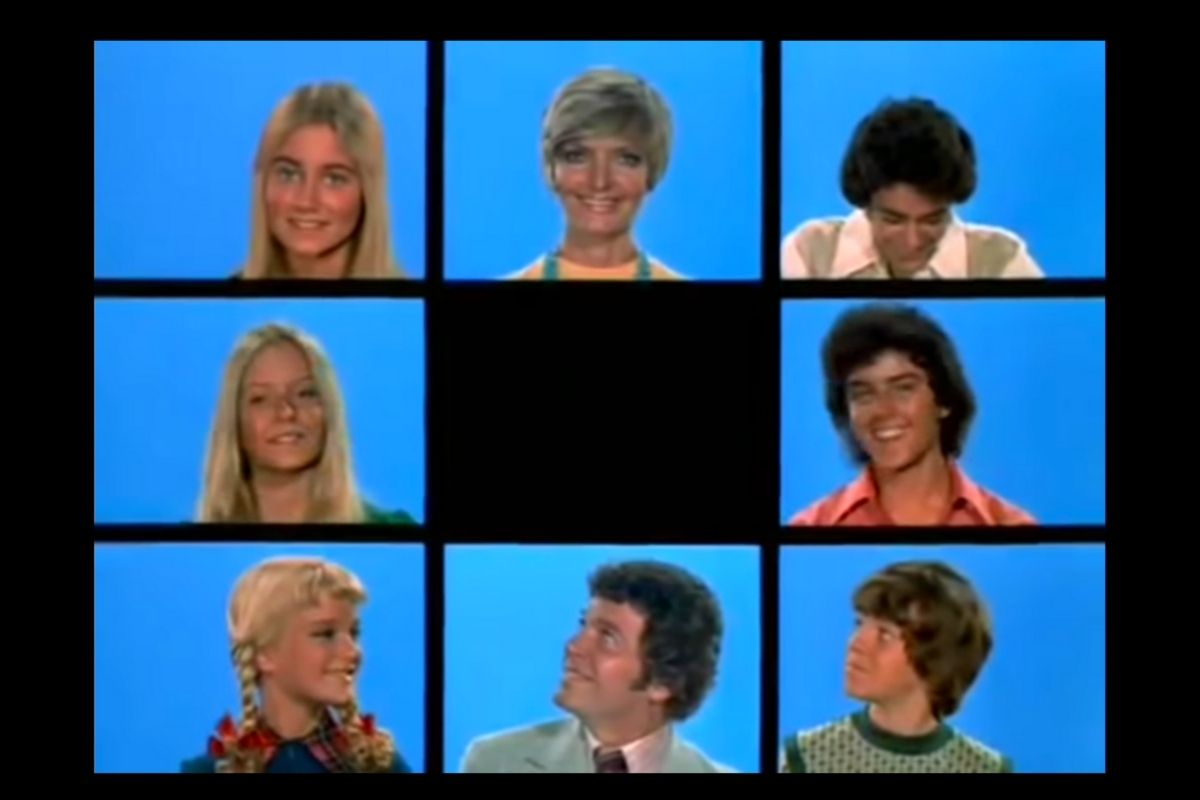 A Very Brady Christmas, which premiered in 1988, was like any family reunion: lots of characters, old memories, and drama for days. And like any real get-together, not all relatives could make it; Susan Olsen was off celebrating her honeymoon in Jamaica and so the role of Cindy Brady was reprised by actress Jennifer Runyon. But aside from Olsen, the rest the original Brady Bunch cast members all came back for this spirited Christmas TV movie. And the event was a smash-hit for CBS.

The Brady Bunch original series was created by Sherwood Schwartz and ran from 1969 to 1974 on ABC. It’s sunny depiction of a blended home with six children defined classic family TV shows ? something that’s now considered an emblem of the past. During a tumultuous period of our country’s history, The Brady Bunch offered traditional storytelling about a (relatively) untraditional family. The Brady Bunch not only retained but increased its popularity through syndication from the mid-70’s onward.

With so many central characters, The Brady Bunch was ripe for spin-offs. First there was the variety show The Brady Bunch Hour, then the cartoon Brady Kids. In 1981, the double-wedding TV movie The Brady Girls Get Married was followed by the Brady Brides sitcom. The Brady Brides aired for one season. It take seven more years before the beloved family hit the small screen again, this time for a holiday special: A Very Brady Christmas. In an era full of reunion specials, ot went on to become the second highest-rated television film of 1988. Banking on that profitable string of nostalgia, a theatrical release quickly followed: The Brady Bunch Movie, the short-lived The Bradys series in 1990, and A Very Brady Sequel. Another sequel premiered on Fox in 2002, The Brady Bunch in the White House.

What Happened in A Very Brady Christmas?

In case you want to hop back into the world of the Bradys, here’s what you missed in the Very Brady Christmas Special. This Christmas movie revives the whole Brady gang, all grown up ? with grown up problems. After Mike and Carol Brady, still portrayed by Robert Reed and Florence Henderson, pay to fly their six children home for the holidays, it’s revealed that each Brady arrives with their own set of modern baggage. (No pun intended.)

Marcia’s (Maureen McCormick) husband Wally was fired from his job. Jan (Eve Plumb) is splitting up with her husband. Cindy, now at college, is a stressed out undergrad still struggling to be taken seriously by her own family; she wants to ditch Christmas to go skiing with her friends. And the girls are not the only ones with personal problems. The wife of eldest Greg (Barry Williams) cannot attend. Peter (Christopher Knight) is dating his boss and suffering from an inferiority complex. And little Bobby (Mike Lookinlad), now a young man, has secretly dropped out of school to be a race car driver. Even the Brady’s loyal housekeeper Alice (Anne B. Davis) is going through a divorce!

Throughout the film, everyone comes clean about their personal issues to seek advice from the ever-supportive Brady parents. Mike finds Wally a new job. Jan gets back together with Phillip. Alice gets back together with her husband Sam. Greg’s wife Nora makes a surprise visit. And in a dramatic twist, Mike Brady rescues two men from inside a collapsed buidling. (A business tycoon had cut corners when constructing one of Mr. Brady’s architectual designs.) Santa arrives. The family bursts into song. A happy ending for for all.

If you want to indulge in the cheesy holiday spirit, or just see the Brady original cast in an (extremely) 80’s setting, A Very Brady Christmas is now streaming on Hulu. And for a more realistic take on Christmas with the Bradys, A Very Brady Renovation: Holiday Edition appeared on HGTV last year. Catch a sneak peak below.

The Cast of The Brady Bunch

Secrets You Never Knew About The Brady Bunch

Watch: Remember the Lamberts? Where the ?Step by Step? Cast Is Now