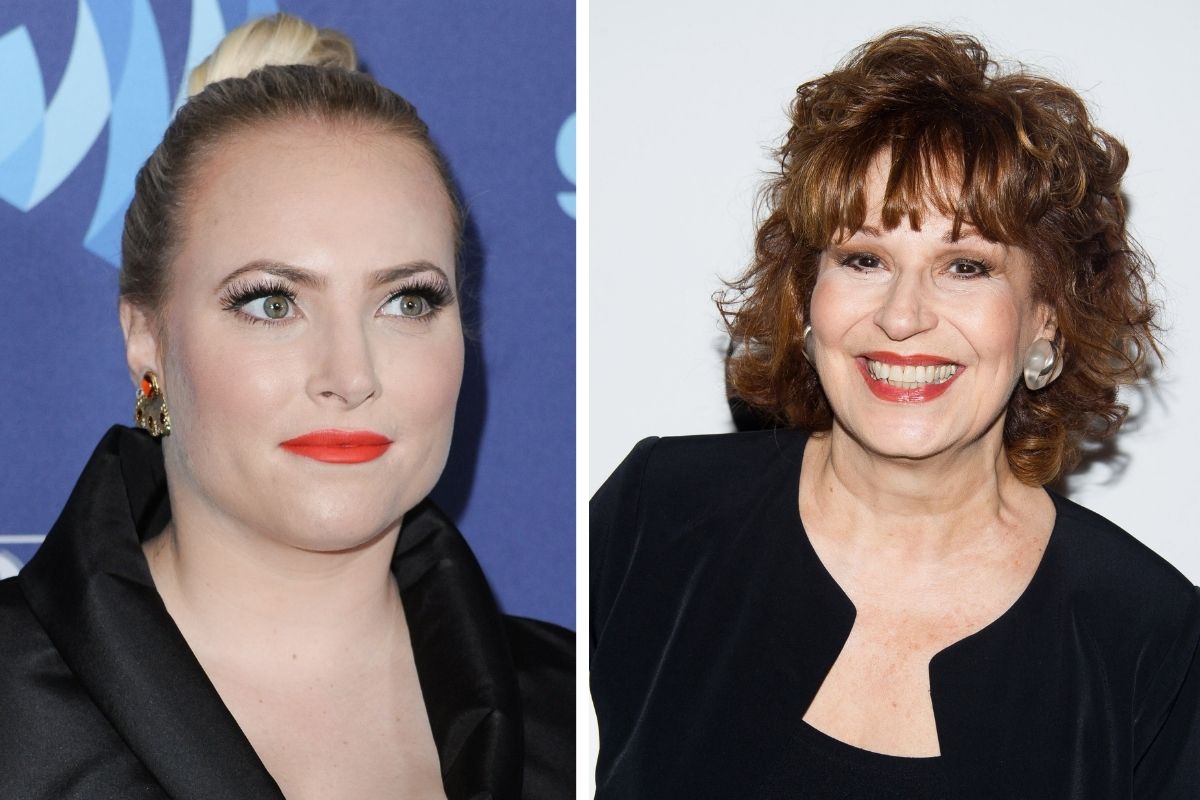 It’s been quite the week for the co-host of The View, so much so that producers had to step in after their multiple feuds. Apparently, the president of ABC is now demanding that the TV personalities “relax with their toxic personal attacks” before someone has to get fired. This after Joy Behar and Meghan McCain got into a very heated debate on Monday, May 24, over antisemitism. ABC News President Kim Godwin called a meeting with producers and the hosts in order to improve the culture behind the scenes of the show.

The last-minute meeting was allegedly prompted by several complaints against Meghan McCain herself. According to a source, ABC has been getting several overwhelming amounts of pleas to fire her after her vicious attacks against Behar and her latest rants. Godwin, who became the ABC president this month, told the ladies that the attacks against one another are now getting too personal, which is coming off as toxic to the viewers.

Joy Behar: "I resent that remark."

Meghan McCain: "Well I resent a lot of things, so we're even."

The View devolved into chaos AGAIN and Joy Behar told Meghan McCain to "have some respect for" the fact that Behar has been on the show for 25 years opposed to McCain's four years. pic.twitter.com/7tGtfAL0Ri

According to TMZ, McCain didn’t like what Goodwin had to say and apparently stormed out of the meeting because she felt that she was the one being attacked. This isn’t the first time a morning talk show host is at risk of her job. Recently, The Talk fired host Sharon Osbourne after a controversial on-air battle with co-host Sheryl Underwood. Osbourne openly defended Piers Morgan?s comments about Prince Harry And Meghan Markle?s interview with Oprah.

McCain is the only conservative co-host of The View and often gets into it with Behar. This week’s episode in question that brought the meeting began with the co-host discussing Republican representative Marjorie Taylor Greene after she compared the mask mandate to the Holocaust. McCain shared her distaste for Greene, noting that Republicans have done more to strip her of her power than Democrats did for Ilhan Omar after criticizing Israel.

Too Many Personal Attacks

Following the latest on-air blowup between Meghan McCain and Joy Behar, ABC News President Kim Godwin called a last-minute meeting with the co-hosts and producers of "The View" to demand an end to the personal attacks, according to TMZ https://t.co/2jdh9NsyIp

She also questioned why this matter was being discussed in this week’s Hot Topics segment when several antisemitic hate crimes took place the week before. As she was ranting on, Whoopi Goldberg tried to cut to commercial break which was met by an angry McCain. She screamed, ?Why are you cutting me off?? as Golberg snapped back, “I?m cutting you off cause we have to go, Meghan! Why do you think I?m cutting you off?”

After the commercial break, she wrapped up her sentiment concluding that Democrats have done little to strip Omar of her power. That’s when Behar pushed back on McCain’s statement saying that she resented her comments. McCain stated, “Well, I resent a lot of things, so we?re even.” To which the 78-year-old told her, “I’ve been talking about antisemitism on this show for 25 frickin’ years. Don?t tell me what I?m supposed to be saying, Meghan, OK? You do your thing, we do ours.”

Mccain responded, “I?m not telling you what you?re supposed to say. I’m well aware we do separate things on this show, Joy, OK? And I know you?ve been here 25 years. I?ve been here four times.? Behar ended the argument, saying, “That?s right. That?s right. You should have some respect for that, once in a blue moon.”