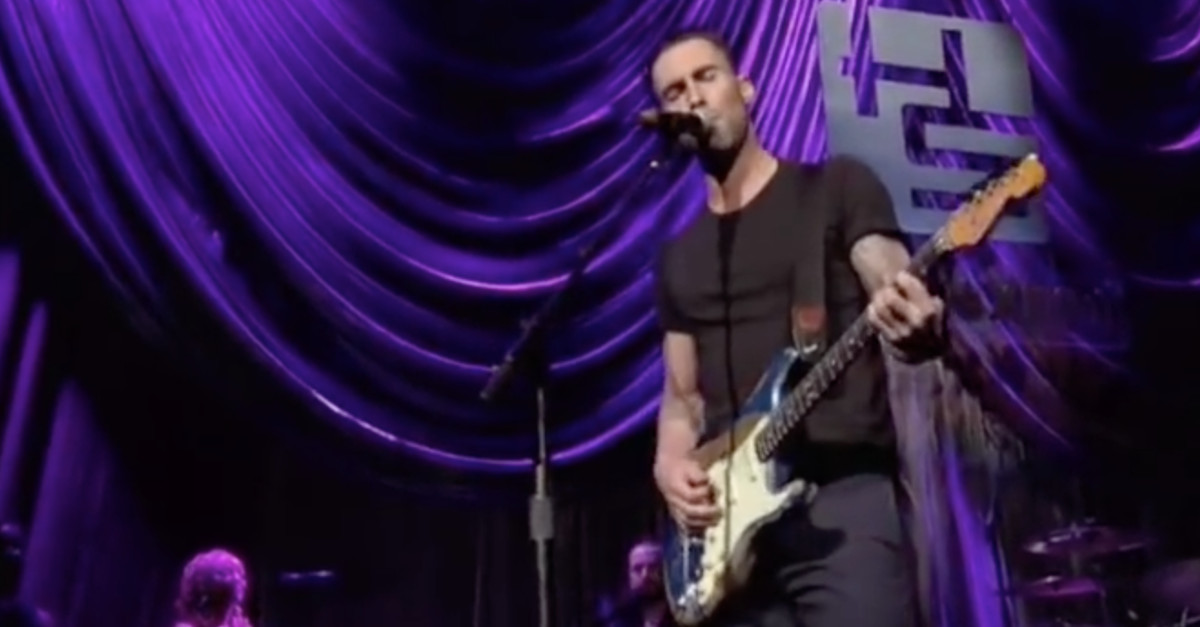 In the last week, artists like Bruce Springsteen, Corey Taylor, Mumford and Sons and countless others have performed Prince’s classic song “Purple Rain” live in tribute to the legendary singer, who passed away on Thursday.

Of all the covers that have appeared online in the last week, Adam Levine, of Maroon 5 and “The Voice” fame, may have performed the most stunning version.

RELATED: Remember Prince?s legacy with one of the greatest performances of all time

Levine appeared this weekend at Howard Stern’s annual birthday celebration in New York. With rock band Train as his back up group, Levine dutifully sang the classic song and even performed its famous guitar solo.

?[I’ll remember] just the great times that we had and just constantly being inspired by how he did things his way [and] never let anybody deter what he wanted to accomplish creatively and musically,” Levine told People following Prince’s death last Thursday.

“As a musician, I can?t tell you how much that?s rubbed off on me.?

RELATED: The music world mourns the death of one of the most influential artists of all time