Mariah Carey’s ‘All I Want for Christmas Is You’ Finally Hits No.1 After 25 Years 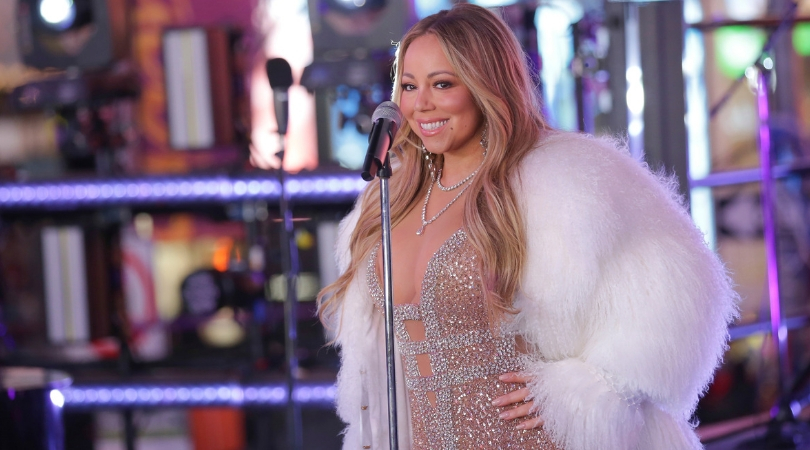 It looks like congratulations are in order for Mariah Carey, despite it being 25 years since the release of her hit song, ‘All I Want for Christmas Is You.’ It’s now the first-holiday hit to reign singe 1958-59 hit, ‘The Chipmunk Song.’ Carey’s Christmas classic crowns the Billboard Hot 100 for the first time, “jingling 3-1 on the chart dated Dec. 21, 2019.”

Co-written by Carey and Walter Afanasieff, the song was originally released in 1994 on Carey’s successful Christmas album Merry Christmas, reaching the Hot 100’s Top 10 in December 2017. It then rose to its prior hit No 2. high during last year’s holiday season, matching the rank last week.

Billboard also added that the song spent a total of 34 weeks on the Hot 100 chart before reaching the top spot, positioning it as the “longest climb in the history of the charts.” Right in time for its 25th anniversary. The holiday hit is currently Spotify’s most-streamed Christmas song of all time, with over 602 million plays on the streaming service alone. As far as YouTube, it has more than 605 views on the platform since it was uploaded in 2009.

The now dubbed ‘Queen of Christmas’ by social media was only 24-year-old when she recorded the holiday classic. It has been featured in several movies, including “Love Actually” and is used as the singer’s official holiday kick-off anthem every year. Artists such as CeeLo Green, Ariana Grande, Fifth Harmony, Michael Buble, and more have also covered the fan-favorite holiday song.

As far as earning, the solo artist had reportedly earned more than a whopping $60 million in royalties for the song, according to a 2016 estimate by The Economist. This year, Amazon also announced they are released a mini-documentary, featuring Carey, and the making of the song.

The documentary, “Mariah Carey is Christmas!”, is said to tell the story of how the long-standing hit became a season staple. It also features interviews from several producers in the music industry including Randy Jackson and the singer herself. In the trailer, the five-time Grammy award-winning singer explained the production of the song, stating, “I just remember where I was coming from, wanting it to feel like a classic. It was an accomplishment for me that I was really proud of.”

Time to get that hot cocoa, sit around the Christmas tree, and play that holiday song on repeat while waiting for Santa Claus!