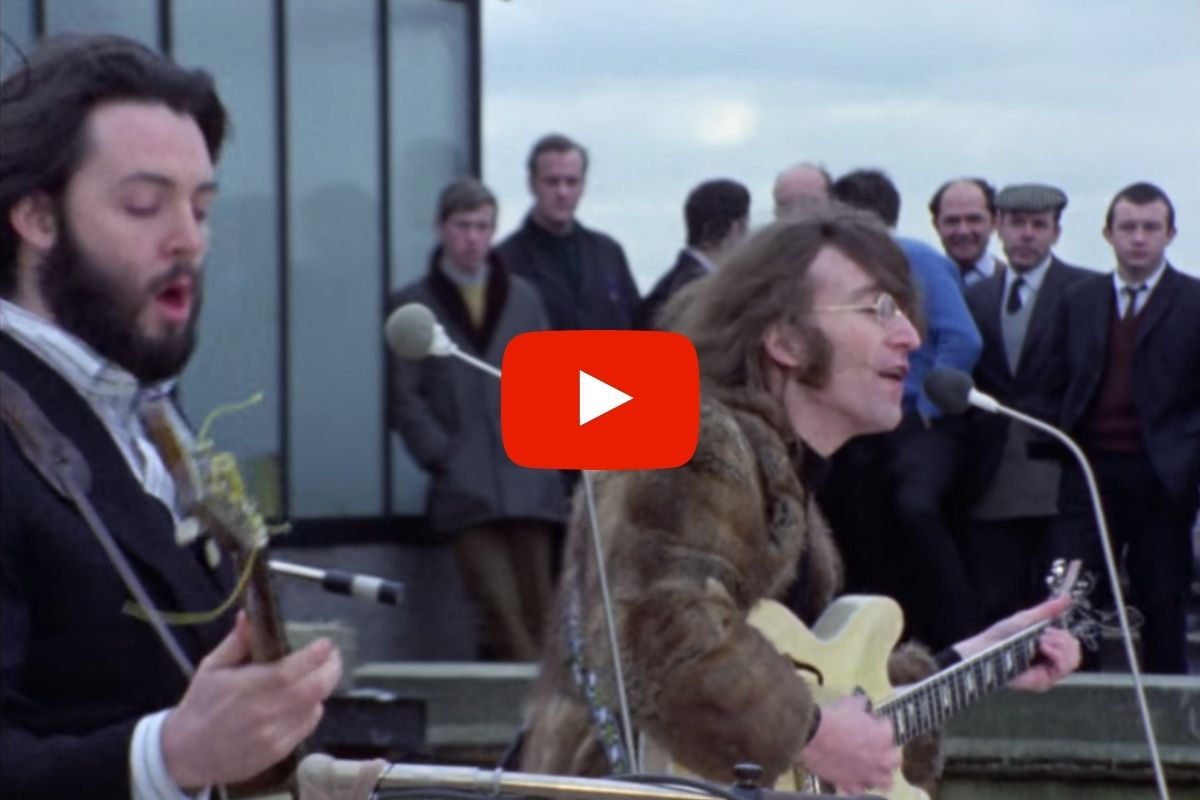 The Beatles were on the verge of breaking up and decided they wanted to get back to their roots. They invited a camera crew to document the recording of what would be their final record, ultimately titled Let It Be. To cap off the recording, the group decided to play their first concert in almost three years on top of Apple Corps, the headquarters for the group’s official LLC.

Their performance took place in central London on January 30th, 1969. It was a day that changed music forever. Safe to say, the rooftop gig was quite weird. All the Beatles wore lady coats, according to Rolling Stone, and Lennon even borrowed Yoko Ono’s fur coat and Ringo Starr had to wear his wife Maureen’s red raincoat.

Although their The Beatles rooftop convert delighted many city workers, who were on their lunch break, apparently I created a traffic jam in which The Beatles emerged. Police at the west and Central police station were called to end the commotion. George Harrison also asked keyboardist Billy Preston to join them in hope that a talent outside observer would encourage the Beatles to be focused.

The End of an Era

It was the first live performance in over two years for the band, after they had officially finished touring in August 1966 with their last show in San Francisco. Apparently, despite having written so many of the song lyrics, John Lennon had trouble remembering all the lyrics that day. According to Rolling Stones, The Beatles asked an Apple office assistant to kneel beside the camera and hold up the words for John to sing. The Beatles were able to play a 42-minute set before the Metropolitan Police asked them to reduce the volume. They were able to perform nine types of five songs as a crowd of onlookers concrete the streets.

The public performance was unannounced, but Ringo Starr, Paul McCartney, George Harrison, and John Lennon did plan their live set during their get back session earlier in January. It is still uncertain who had the idea of a rooftop concert but the suggestion was later conceived just days before they actually met. According to Ringo Starr, “There was a plan to play live somewhere. We were wondering where we could go ? “Oh, the Palladium or the Sahara”. But we would have had to take all the stuff, so we decided, “Let’s get up on the roof.”

When the fab four first started playing, apparently there was some confusion from several spectators, unaware it was the last time the Beatles would play together, watching from five stories below. But, the news of the event quickly spread as a crowd of onlookers began to congregate on roofs of local buildings and the street. After the police were called, Apple employees initially had refused to let them inside but reconsidered when they were threatened with arrest. As police went up to the roof, The Beatles realized that the concert would eventually have to be shut down, but they decided to play for several more minutes anyway.

Paul McCartney actually improvised lyrics of the song to reflect the situation, stating, “You’ve been playing on the roofs again, and you know your Momma doesn’t like it; she’s going to have you arrested!” The rooftop performance ended with the conclusion of Get Back, with John Lennon joking, “I’d like to say thank you on behalf of the group and ourselves and I hope we’ve passed the audition.?

The live show marked the end of an era for many, but the group did go on to record one more album, Abbey Road, which they started working the following month. But, unfortunately, by September 1969 The Beatles had officially disbanded. A final live performance to remember.

Editors Note: This article was originally published on January 30, 2016.

Watch: The Beatles Iconic Debut on ?The Ed Sullivan Show? in 1964 Won the Hearts of Americans