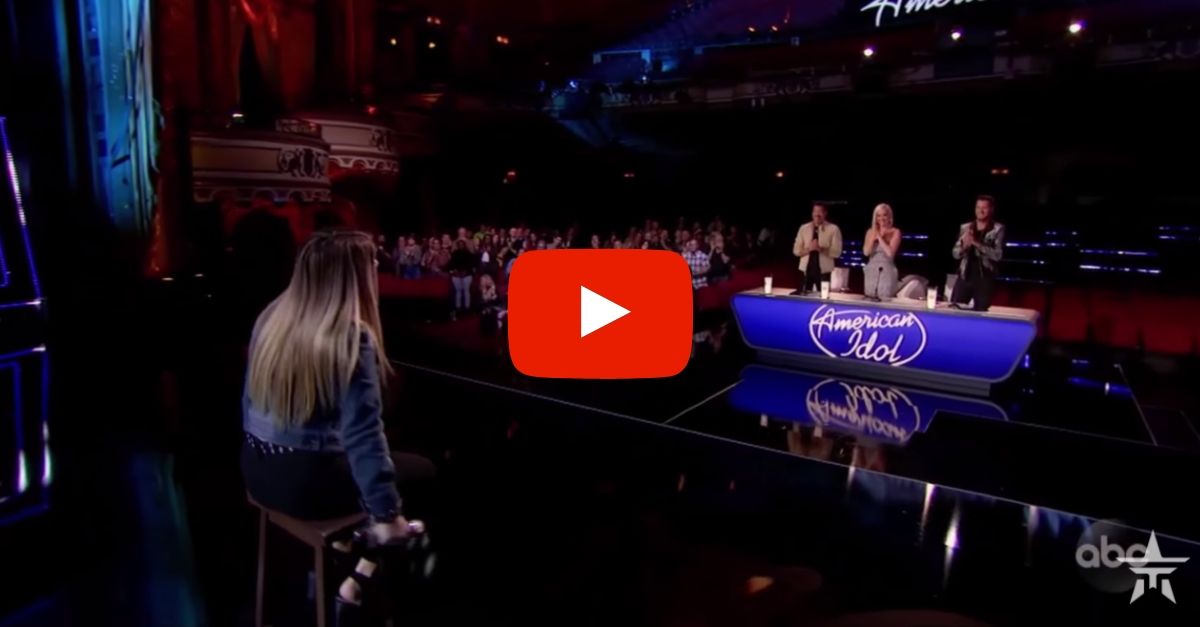 All right, I’ll admit it, this brought me to tears. And I’m not just talking about you a few tears drops here and there, I’m talking full-blown waterfall tears. It’s one of the purest videos I have seen in a while, it just goes to show you how much we take life for granted.

An American Idol contestant scared the judges after she suffered a seizure on stage during her solo performance. During Monday’s episode, 17-year-old Makayla Brownlee from Wellington Kansas suffered a seizure that left judges Katy Perry, Lionel Richie, and Luke Bryan concerned for her health.

Brownlee first took the stage to perform a cover of Rainbow by Kacey Musgraves, but seemed to become disoriented in her speech and quickly walked off stage before she full-on collapsed to the floor. The judges were quick to react and crew members surrounded Brownlee alerting the EMTs.

Luke Bryan quickly walked onstage saying he was going to check on her, as Perry states ?give her a little space.? He then goes on to tap her on her leg asking if she was okay. After being properly evaluated by health experts, Brownlee’s dad then explains the reason why his daughter randomly collapsed.

According to Brownie’s dad, Mark, Kayla has a rare heart condition called vasovagal syncope. Ever since being diagnosed in seventh grade, she has suffered from seizures whenever she is stressed. According to her father, ?It?s a heart condition that causes me to react to stress differently than other people, and it could cause a seizure.?

?She can?t control it. She?s embarrassed, but physically, she?s 100 percent all right. This opportunity is so important for her. I?d hate to see it inhibited in any way because she?s such a good singer. She works so hard at it.?

Despite her seizure, being a trooper, she returned to the stage to a standing ovation and sang her heart as she performed Musgraves? song, leaving Katy Perry in tears. Perry quickly took to Twitter to congratulate and show her support, saying there’s nothing to be embarrassed about especially since we all handle stress differently. She then went to tag on singer Kacey Musgraves, showing your support for both artists.

As expected, due to her phenomenal voice, the judge congratulated her on her stellar performance and she was eventually moved to Top 40. Brownlee told cameras that the stress she has been facing is a lot harder this week than anything she has gone through. She then explains there’s nothing she can do to prevent a seizure when she is stressed out since your body reacts differently.

That was the sweetest performance of ‘Rainbow’ #MakalylaBrownlee. So thrilled you were able to come back and sing for us and give us that perspective we need to be reminded of sometimes ♥️ #AmericanIdol @KaceyMusgraves

For those who are fans American Idol, unfortunately, it shut down production over Covid-19 concerns. The singing competition, which is on ABC, is taking additional precautions across the production amidst the pandemic, suspending any new filming and is enabling remote work for the rest of its employees. Staffers are ensuring contestants get home to their families during this health crisis going on.

Luckily for us, episodes will continue to air as scheduled until their live shows, which are set to begin in April.