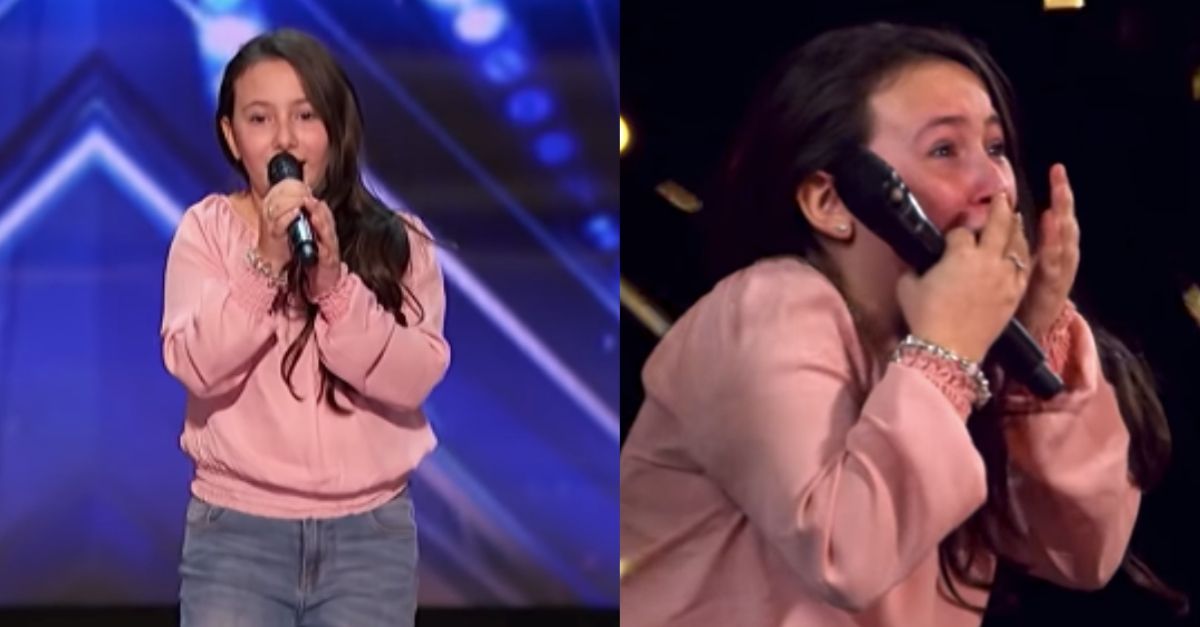 It looks like a star was born indeed. In case you’ve been hiding under a rock, Lady Gaga and Bradley Cooper’s Hollywood hit, A Star is Born, has been a fan favorite for a while now. Mostly because the singing and the chemistry from the duo was beyond phenomenal. Especially their hit song, Shallow, which quickly took over the world, receiving several accolades including the Academy Award for Best Original Song, The Golden Globe for Best Original Song, the BAFTA award for Best Film Musical, and the Critics Choice movie award for Best Song. The song also received Grammy Award nominations, including Song of the Year and Record of the Year, while waiting for best pop Duo/Group Performance and Best Song Written for Visual Media.

In comes 10-year-old Roberta Battaglia who literally amazed the judges and the crowd on this season’s America’s Got Talent with a powerhouse performance of the iconic song. And when I tell you it was a powerhouse…it was a POWERHOUSE. If you shut your eyes while listening to her sing, you can’t even tell she’s 10.

Battaglia’s epic rendition on NBC’s AGT of the song even earned her a golden buzzer from the new judge, Sofia Vergara. This is the first time Vergara used the golden buzzer since joining the show, launching the girl straight through to the live show that takes place in Hollywood. After listening to her sing, Vergara stated, “It was amazing, it was breathtaking. You’re 10-years-old. That’s impossible to sing like that at 10-years-old.”

After receiving the golden buzzer, the girl broke down into tears and her mom went on the stage to give her a hug. She told the judges, which also include Simon Cowell, Howie Mandel, and Heidi Klum, that it had always been her dream to be on America’s Got Talent, and now that I came true she is even more excited. Battaglia stated she began singing at the age of 3 when her father, who’s also a singer, would give her a mic during all his gigs, and let her sing Twinkle Twinkle Little Star.

🎉 I brought @ericstonestreet tonight as a special guest judge!!! Let’s see how he does 👀 Tune in at 8|7c ✨✨#AGT

The contestant was visibly nervous at the beginning, propping herself on stage, as host Terry Crews brought her a glass of water to calm her down. But when she started singing, she belted up the song with confidence as the judges stared at her in awe. Cowell, who is known to be one of the stricter AGT’ judges, even asked her if it was her actually singing the song and there wasn’t someone behind her.

To make this whole situation even better, when the judges asked the girl what she would do with the show’s $1 million prize, she responded by saying that she wanted to buy a new dog. The mind of a 10-year-old ladies and gentlemen. This girl could do so much more than buying a pup, but she’ll soon find that out. Battaglia is now heading directly to the live show, where she will have a chance to compete with other talented people.