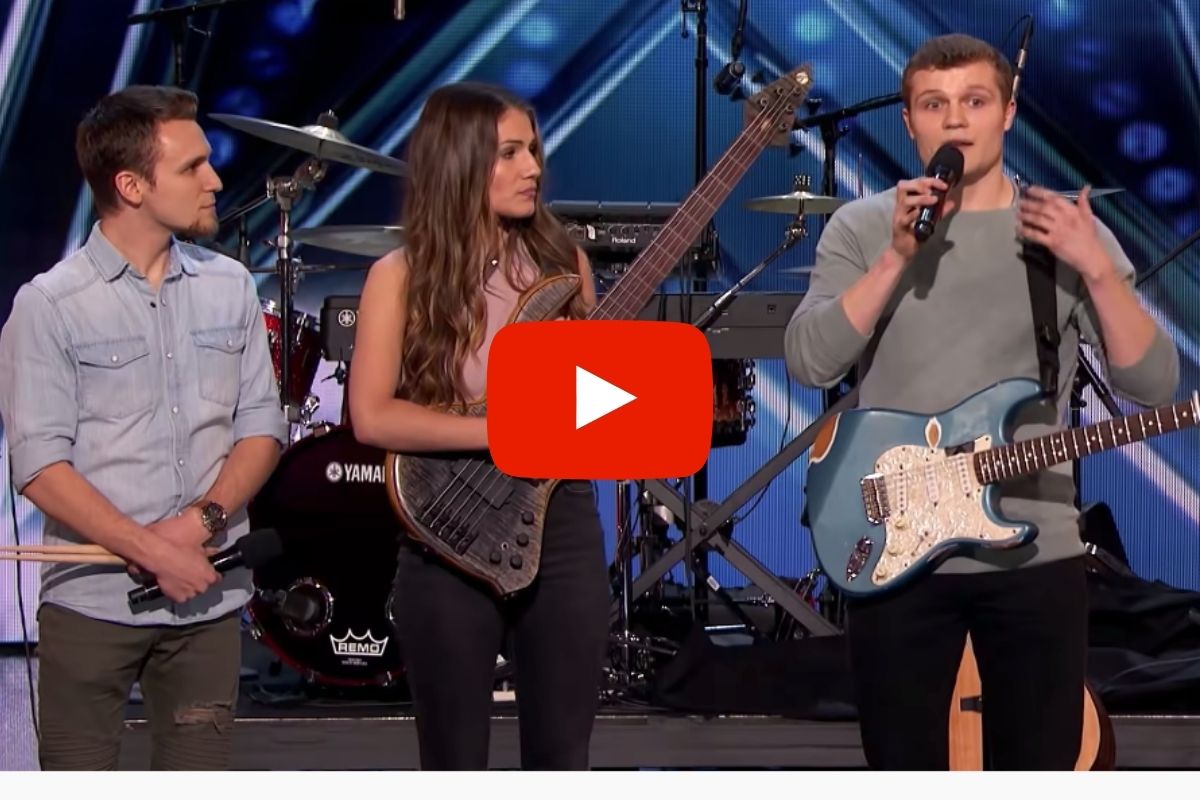 Oh Lord, when I tell you I cried a river…it’s because I cried a freaking river and ruined my makeup. There is nothing more beautiful in the world than sharing something you love with your siblings. It sort of brings you even closer to them because you get to enjoy doing what you love with someone you love. It’s a special bond that should be celebrating through.

Like with these siblings, who are bonded together by music. As I was scrolling through YouTube for audition videos of AGT and other NBC talent shows (yes, that’s what I do when I’m bored, don’t come at me) I found this little gem from 2018 that broke my heart. Let me tell you, I am so glad because it’s beautiful. Basically, Joshua, Bethany, and Manny who go by We Three decided to audition for America’s Got Talent.

The sibling trio took the stage with mics and guitars in hand to perform an original song that was written from a place of great loss and love. When speaking about it, the sibling said they got the idea of forming a band after their father had one with his siblings when he was younger. They noted that their mom was the one who worked the soundboard during their performance and all of the recording sessions.

We Three: Heaven’s Not Too Far Away

Bethany, 24, explained that the sibling trio was introduced to music even before they could walk, which is how they all grew up with musical abilities. The 27-year-old recalled, ” AS we got older, mom and dad helped us learn instruments, and then eventually we started performing with each other. Bethany told the judges that their late mother had a beautiful voice and was supportive of the contestants. Unfortunately, their mother was diagnosed with stage 3 carcinoma cancer. She noted, “Then, in 2015, she had severe back pain. She went to the doctor and they found large masses throughout her body.”We had kind of a shocking four months with her before she passed. Which was way shorter than we were expecting.”

So basically, the chance to sing in front of America’s Got Talent gave the trio an opportunity to pay tribute to the legacy their mother left behind by honoring her memory. And boy, do they do an amazing job. Heaven’s Not Too Far Away is an original song by the band, and was written from the point of view of their late mom speaking to her children after her death. Safe to say the song brought many to tears, including America’s Got Talent judge Mel B and host Tyra Banks. When it came time for the feedback, the other judges, Simon Cowell, Heidi Klum, and Howie Mandel were all taken aback as they praised the band and a standing ovation was shown.

But it was Mel B who gave the most beautiful feedback. She noted, “I lost my father over a year ago to cancer, so I felt like that song was just meant for me and my dad was singing that to me. So I just felt it, I’m shaking. It’s really, really good.” She immediately gave them a ‘yes’ and she was trying to hold back tears, walking out of the auditorium for a few minutes to compose herself. Honestly, I would have given these kids the Golden Buzzer.