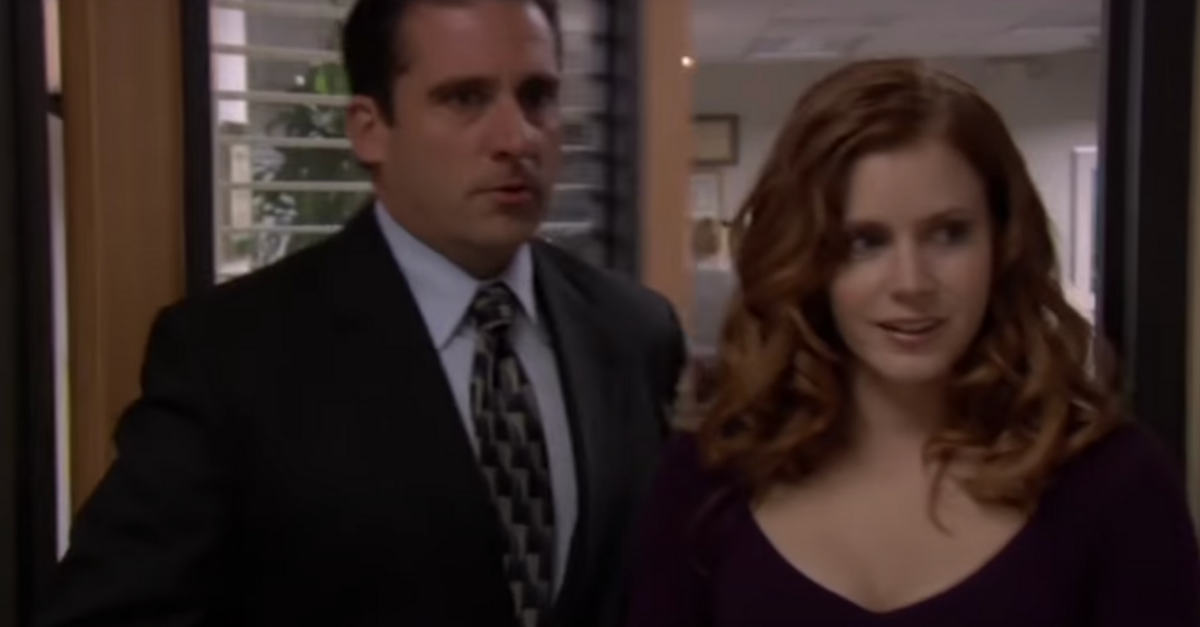 It’s always crazy to look back at your favorite TV shows and notice something new. For example, you see one of your favorite actors or just someone who has gone on becoming wildly successful, winning numerous Academy Awards, playing just a small role. That’s kind of how we feel about remembering when Amy Adams was in The Office.

If you are anything like the kids I knew towards the end of college or my roommate, you love(d) The Office and watched it like it’s the only show on TV. You may remember a little something that happened in season 1 episode 6 from before Amy Adams was “the Amy Adams,” and was instead Katy, the purse girl. The episode was called “Hot Girl,” filmed back in April of 2005. Michael Scott (Steve Carell) lets Katy sell purses out of the Dunder Mifflin conference room while he and Dwight Schrute (Rainn Wilson) try to win her heart. Michael is even calling her “Pam 6.0” and tries to give her a ride home. Purse Girl ends up taking a ride home from Jim, played by John Krasinski, which leads to her and Jim dating.

Apparently, Mindy Kaling actually wanted to cast her as a “Purse Girl.” When the episode was filmed, in 2004, it was before Adams would become a Hollywood star. She’d gotten let go from a CBS show called Dr. Vegas and was struggling to get her footing. The following year, when the episode aired, she’d been nominated for an Academy Award for her film Junebug. Her success in Hollywood and on The Office had made them ask her back.

So, Katy’s relationship with The Office cast continues, and she is in episodes from Season 2, “Booze Cruise,” and “The fire.” The former episode is when Jim breaks up with Katy for Pam Beesly (Jenna Fischer). Those episodes came out around the same time as the Junebug film, which was also Oscar-nominated. So, 2005 was a great launching pad for the star. Adams, when asked about the show, always says positive things:

?I loved that show, and that cast so much. I don?t know if they believe me, but every time I see them I?m like, ?Oh my gosh, I?ll do anything to come back. Maybe she?s selling something else now!? They?re like, ?Yeah, Amy, sure.’?

She never got a chance to go back for another cameo; she did continue to see her Office cohorts in a later awards show. For example, she and John Krasinski’s wife were both up for Golden Globe awards in 2013, Mrs. Krasinski for A Quiet Place. Later, John Krasinski and Adams were nominated for Screen Actor’s Guild awards for their respective TV shows, Jack Ryan and Sharp Objects. Hopefully, in the case of an Office reunion, they can bring back Purse Girl!

Watch: This Is How Much Money Jim Probably Spent Pranking Dwight on ?The Office?