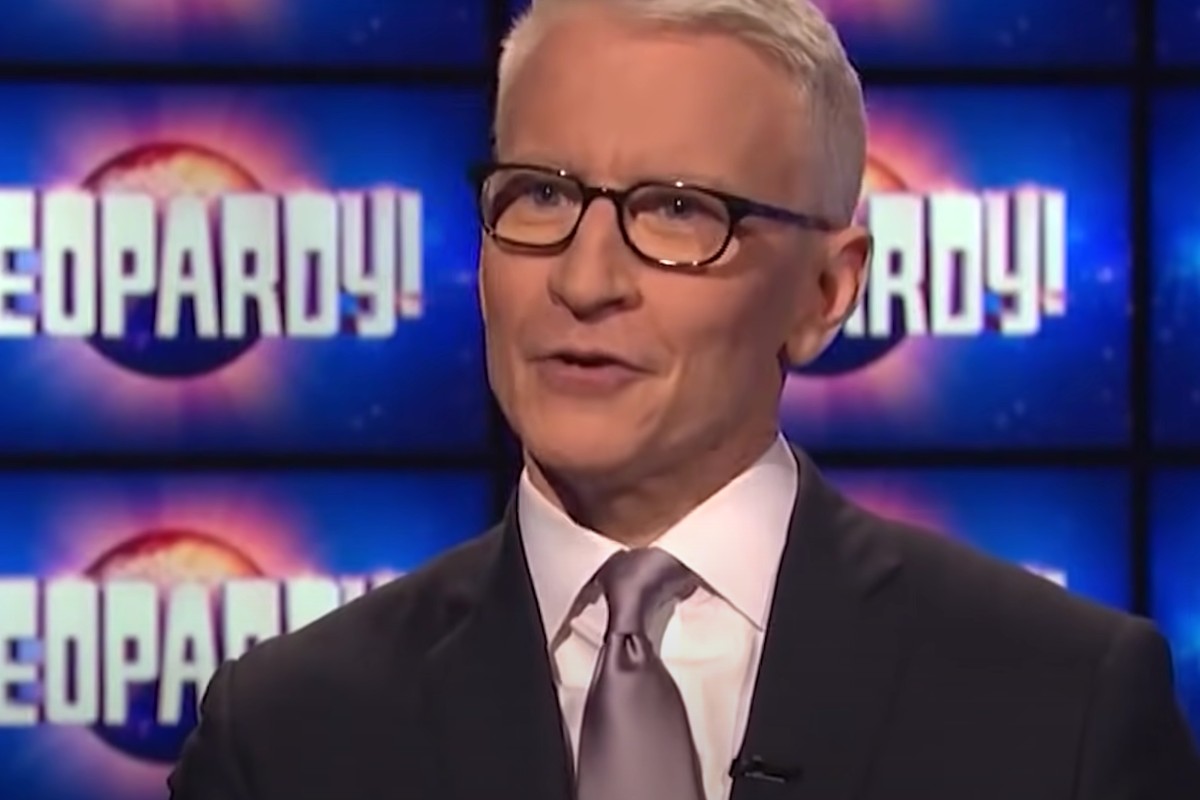 Since the passing of longtime host Alex Trebek, Jeopardy! producers have struggled with the gargantuan task of replacing the legendary Alex Trebek. Nearly seven months after Trebek’s death, we’ve seen a succession of guest hosts take the podium for quick, two-week stints — but the official, permanent hosting role has yet to be filled. As the search for a new host continues, the game show’s ratings have taken a blow. The last guest host — CNN anchor Anderson Cooper — drove the Jeopardy! ratings to new lows.

According to The Wrap, Cooper’s debut week pulled in the lowest ratings of any guest host in the history of the TV show. During his first week of hosting Jeopardy!, the show’s ratings plummeted 7 percent to a 5.1 rating, past the previous low of 5.2 for Dr. Oz’s debut week. Cooper’s rating dragged Jeopardy! out of the #1 game show slot, trailing behind Family Feud’s 5.5 score. In part, Cooper’s debut week – which ran from April 19 to April 15 — may have scored so poorly because of extensive coverage of the Derek Chauvin murder trial.

The Highest- and Lowest-Rated ‘Jeopardy!’ Guest Host So Far

Numbers matter for the show’s guest hosts, who are unofficially auditioning for the official, permanent Jeopardy! host role. As executive producer Mike Richards in The Wall Street Journal?s podcast, ?The Journal?, Sony is watching to see how different guest hosts are scoring with fans.

?You want to make an informed decision. We want to go at this with real analytics and real testing and not just go, ?Hey, how about this guy?? which is kind of how a lot of these decisions have been made historically,” Richars said.

The Jeopardy! exec told The Journal that while he’s not ruling anything out, the new host will likely be chosen from the pool of interim guest hosts that have been stepping in. So far, we’ve seen seven guest hosts step up to the lectern with nine more to come. Judging by their ratings so far, we can take a stab at the most (and least) likely candidates to be chosen as the next permanent Jeopardy! host:

Even though Cooper’s first week tied with Dr. Oz’s 5.1 two-week average, we’re still waiting on the numbers to come in for his second week — which means there is a chance things will turn around for the silver fox CNN host. We’re also still awaiting first-week rankings for CBS correspondent Bill Whitaker, who began hosting this week.

With many guest hosts still to come, it’s likely too early to place bets on the recipient of the coveted permanent hosting gig. Here is the complete list of Jeapody guest hosts and dates:

Watch: Aaron Rodgers Gets Trolled by Contestant on ?Jeopardy!?