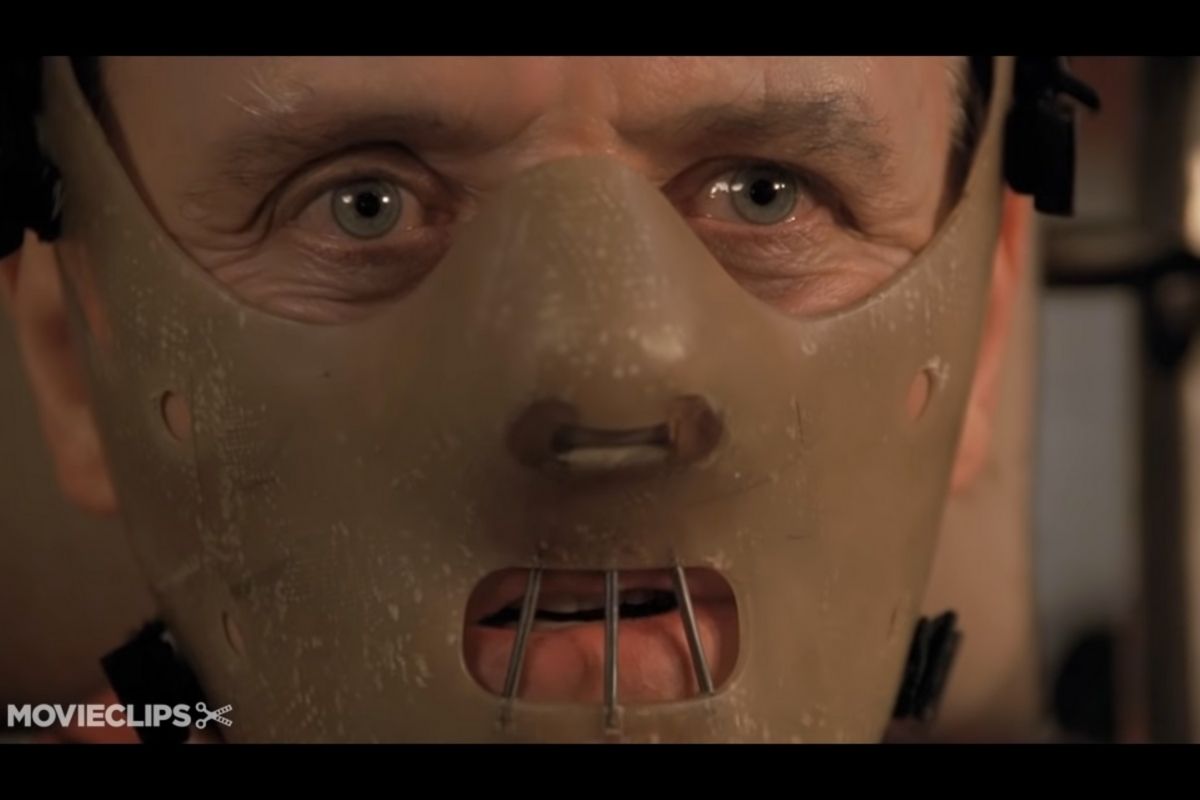 At the 2021 Oscars, Anthony Hopkin won the evening’s final award: best actor for his role in The Father. He is the oldest actor ever to win. Hopkins had been nominated five times previously, first for his performance in The Silence of the Lambs which turned 30 years old this year. That means it’s been three decades since Hannibal Lecter sidled into our collective consciousness as the most chilling villain of all time. It was Anthony Hopkins’ distinct performance in The Silence of the Lambs which first introduced us to a cannibal serial killer with such personality. The role was unforgettable and terrifying. As a suave sociopath, Lecter’s unique charm seeped through prison barriers and our movie screens alike. The psychological horror movie is still considered a career-best for Hopkins, who did win the best actor Oscar at that year’s 1992 Academy Awards.

After all, who else could pull off a line like “I ate his liver with some fava beans and a nice Chianti…?” So it may shock you to learn that Hannibal Lecter only appeared on-screen for 16 minutes! Also, he and co-star Jodie Foster never even spoke!

Why Hannibal Lecter Is So Scary

Dr. Hannibal Lecter is a talented psychiatrist turned cannibalistic serial killer. While imprisoned at the Baltimore State Hospital for the Criminally Insane, Lecter is consulted by FBI agents desperate for a window in the twisted minds they’re trying to catch. Enter Clarice Starling, played by a serious Jodie Foster. In an effort to track down Buffalo Bill, the serial killer at large, she seeks the help of Lecter. But not without ample warning. Lecter’s reputation makes an impression before he even appears on-screen for the first time.

The asylum warden tells Clarice Starling, “He’s a monster, pure psychopath.” His tone is not so much disturbed, as utterly fascinated. The undercurrent pride layers the tension and builds out expectation as Starling makes her way to Hannibal Lecter’s cell. The Closer Look offers a really concise analysis of how the film crafts Lecter’s air. (Watch above.) His character haunts of the corner of the movie, even when he is not present. The inmates that Starling passes on her way to Lecter confirm our anticipation that the man at the end of the hall must be, all out, the most insane one of them all. And yet the criminal who awaits there seems so… put together.

He appears to welcome Clarice Starling calmly and throws her off balance by insisting to see her credentials. “Closer, closer” he instructs as she raises her FBI badge. Of course, Starling still maintains her ground. Although Lecter tries to belittle her and occasionally succeeds, Jonathon Demme’s camera shifts constantly between their two faces, re-centering and re-leveling each character as power dynamics continuously shift. Lecter generally retains his power ? over Clarice Starling, over the asylum, and over his own situation ? despite appearances. Having learned from Lecter, Agent Starling overcomes her own trauma to overpower Jame Gumb (a.k.a. Buffalo Bill) and emerges the victor of this underlying narrative. Meanwhile, with his unparalleled intellect, Lecter bests his federal imprisonment. Having escaped, his final phone call to Agent Starling ends The Silence of the Lambs in something like a draw.

How Anthony Hopkins Filmed ‘The Silence of the Lambs’

Nearly all of Anthony Hopkins’ performance in The Silence of the Lambs occurs from behind a glass partition. As Jodie Foster explained on The Graham Norton Show, that’s because director Jonathan Demme employed “Hitchcockian” filmmaking techniques. Instead of facing his co-star directly, Hopkins was instructed to speak directly into the camera while Foster sat off to the side. As Hopkins was literally locked away throughout filming, he did not shoot with Foster. This greatly reduced any face-to-face time between the two actors. In fact, they only introduced themselves to one another as filming wrapped. Understandably, Foster was pretty scared of her co-star.

As the film centers primarily on the FBI Agent Clarice Starling, Jodie Foster filmed many scenes that contained no interaction with Anthony Hopkin’s Hannibal Lecter. Hopkins himself was only on set for about a week. It’s hard to believe, as the pair seems to work off each other’s energy so naturally. Like an inverted game of cat-and-mouse, this cop-like drama pits its primary investigator squarely against the villain ? in actual space. Rather than chasing Lecter around the globe, Starling can look right at him… from across the asylum’s security barriers.

The unusual horror film format paid off. The Silence of the Lambs earned big at the box office and went on to the major Academy Awards: Best Picture, Best Director for Jonathan Demme, Best Actor for Anthony Hopkins, Best Actress for Jodie Foster, and Best Adapted Screenplay for screenwriter Ted Tally, based on Thomas Harris’ beloved novel. And while it may seem like a Hollywood fluke that Hopkins could earn best lead actor for less than twenty minutes of screen time, the outcome is actually a testament to the unparalleled power of his performance. And, upon second look, it’s a nod to the incredible world-building by Jonathan Demme and the rest of the cast. Hannibal Lecter lives on. Hopkins only reprised the role once, in the prequel Red Dragon, but his character was revived in the 2007 film Hannibal Rising and the NBC TV show, Hannibal. (Red Dragon and Hannibal are both available on Netflix.)

In this eye-opening Q&A, the accomplished actress dishes about the process of making The Silence of the Lambs. Even though Hannibal Lecter dominates most Silence of the Lambs discussions, Jodie Foster reminds us of the film’s rich feminist vision. Raising some key points about the journey of her character Clarice Starling, Foster says “Trauma is what [Starling] brings to her character” in this story that is, foremost, about a woman trying her hardest to save other women. Just as Foster and Anthony Hopkins had such separate experiences filming The Silence of the Lambs, there are independent themes in the movie which affect our various takeaways. With such a careful approach to the genre, The Silence of the Lambs has been examined by fans and students of film for decades ? and it will continue to haunt our psyches for years to come.

On February 11, 2021, the new CBS spin-off Clarice premiered, starring Rebecca Breeds as Agent Starling. The show is set one year after the events of The Silence of the Lambs and you can stream the pilot now on Hulu.

Editor’s Note: This article was originally published on January 25, 2021.