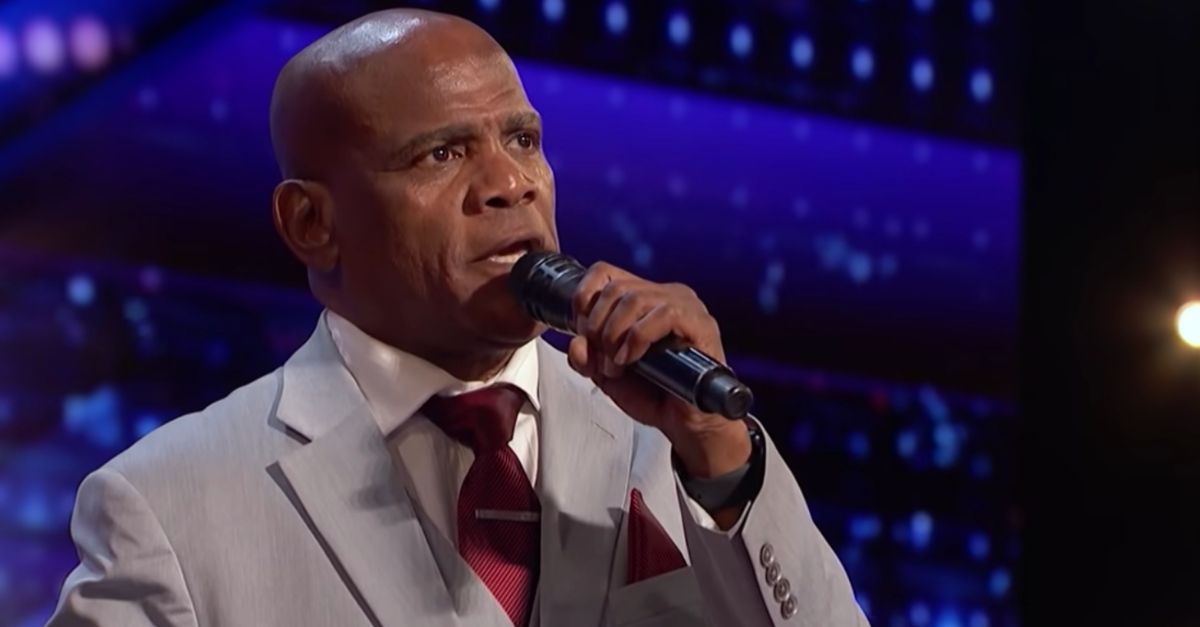 “Freedom is of the mind. I went to prison, but I never let my mind go to prison,” is what 59-year-old Archie Williams told America’s Got Talent host Terry Crews when asked how he got through 37 years of wrongful incarceration.

America’s Got Talent was graced with an incredible audition last Tuesday night by a special contestant. Archie Williams, a man from Louisiana, was robbed of 37 years of his life over a wrongful conviction as a serial rapist. And based on his performance, the stage is probably where he should’ve been this entire time.

On December 9, 1982, a 31-year-old woman was raped and stabbed in her own home. The only pieces of evidence that convicted at the time 22-year-old Archie was an unconfident eyewitness identification and a loose comparison to a composite sketch. His fingerprints weren’t a match at all, he had 3 eyewitnesses that put him at home sleeping during the crime, and his physique didn’t match the initial description that the victim gave.

As a result, Archie was found guilty of attempted murder, aggravated rape, and aggravated battery, sentencing him to life in a Louisiana prison without parole by the state of Louisiana on April 21, 1983. Although he appealed multiple times, he was denied. Even after the Innocence Project took on his case, it was still difficult to get his case approved for re-investigation.

The Innocence Project attorneys just wanted Archie’s fingerprints to be resubmitted into the newer, updated technology systems that test for DNA evidence. On March 14, 2019, after getting denied multiple times, the fingerprints were finally resubmitted for DNA testing, only to find that Archie, was in fact, not guilty. The real criminal was a serial rapist, Stephen Forbes, who had also been convicted of rapes around that same time.

Archie finally got his exoneration on March 21, 2019, after wrongfully spending 36 years in prison, and a year later, he filed a federal civil rights lawsuit for his wrongful conviction. And he was able to use his audition on AGT as an opportunity to share his story.

After hearing Archie’s story, AGT judges Howie Mandel, Heidi Klum, Sofia Vergara, and Simon Cowell listened to the power in Archie’s voice as he sang Elton John’s “Don’t Let the Sun Go Down on Me.” Archie’s performance warranted the standing ovation he got, and judge Simon Cowell didn’t hesitate to explain how that rendition of Elton John changed the way he will hear that song forever.

I was moved to tears when I heard Archie’s story and saw him perform "Don’t Let The Sun Go Down on Me". The courage and forgiveness shown by him is truly inspiring. The same spirit that the world found so inspiring with Nelson Mandela. Love, E xx https://t.co/oYxM3IyvWB

After getting a “yes” from all the AGT judges, singer Archie Williams got the second chance he deserved for all the dark times he had gone through. This chance of a lifetime had a ripple effect, moving judge Simon Cowell to become an ambassador for the Innocence Project. What an encouragingly, beautiful beginning to signify the end of a long, dark road. Archie Williams’ story is a testament of never losing hope.