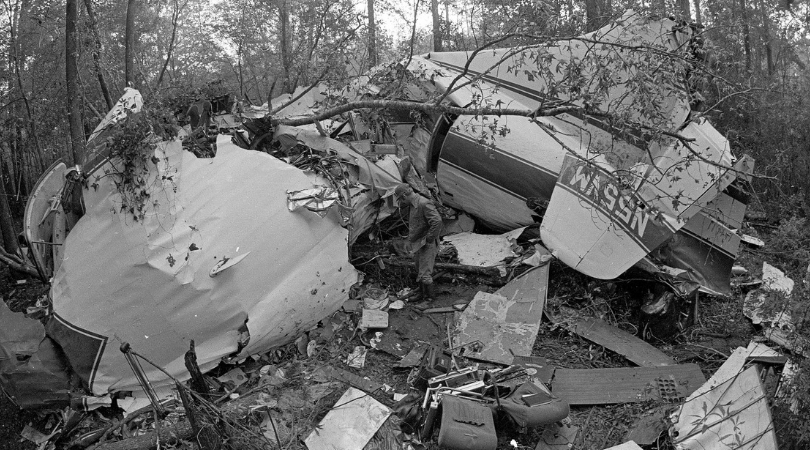 Known for his antics on stage, like the time he jumped into the crowd to help them solve a dispute, and the famous statement made about him via Ronnie Van Zant that: “We keep him in a cage and feed him raw meat, only let him out when it’s time to play,” it’s safe to assume he was a bit rowdy.

He wasn’t Lynyrd Skynyrd’s founding drummer, he replaced Bob Burns in time for their 1974 single “Saturday Night Special” from their Nuthin Fancy. He played with them long enough to be inducted into the Rock and roll Hall of Fame with the band in 2006. He played drums for the band from 1974-19787 and again in 1987-1991.

In 1977 he was one of few survivors of the Lynyrd Skynyrd plane crash. One of his bandmates, guitarist Steve Gaines, Cassie Gaines sister of Steve who performed background vocalists, and Dean Kilpatrick the band’s assistant road manager, as well as the two pilots aboard the plane, died. The band’s singer Ronnie Van Zant also died. After surviving the initial crash, Pyle was able to make his way across a creek and through a field in Mississippi and find help, bearing his own injuries.

Unfortunately, help wasn’t quick to assist. On the other side of the field, a farmhouse sat, and a frightened farmer, Johnny Mote stood with a gun. He shot a warning shot, that hit Pyle in the shoulder before Pyle could explain the plane crash to him. However, after hearing about the crash, the farmer took Pyle inside and local rescuers came by to assist in the aftermath.

After the crash, he spent three years in Jerusalem, no doubt as a time to decompress and digest the life-changing chain of events. The Artimus Pyle band formed in 1981 where he dedicated his time to pay tribute to his bandmates, especially to Van Zant, who he felt changed his career and his life.