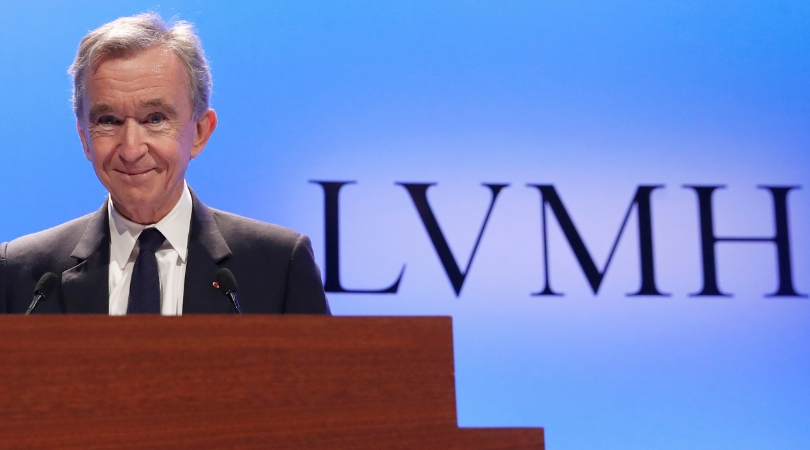 Imagine having so much money that it wouldn’t even be a problem if you accidentally misplace $100,000, because to you it’s just a penny. Meet Bernard Arnault, the 3rd richest person in the world. Turns out LVMH, the owner of luxury brands such as Louis Vuitton, made $82 billion in market value in 2019, which is the most among European stocks. Basically, this would amount to a gain of about $39 billion for one of the region’s richest man who owns nearly half the company.

According to Business Insider, Bloomberg’s Billionaires Index showed that since the beginning of the year, his fortune rose by $31.4 billion. The CEO of LVMH is now worth an estimated $100 billion and is the richest person in Europe.

So, what exactly is this man so rich and what did he do to get here. Well, LVMH is a “family-fun group” that strives to ensure the long-term development of each of its houses in keeping with its heritage, identity, and expertise. Basically, they are a company that owns a lot of other companies, including Benefit Cosmetics, Kat Von D Beauty, Sephora, Dom Perignon, Marc Jacobs, Bvlgari, Christian Dior, Tiffany & Co., Krug, Moet Hennessy, Givenchy Parfumes, I can go on and on and on. The company also has over 150,000 employees worldwide.

Yeah, you can go cry now. I mean that’s what I did, I passed out and then I cried because this is insane. $1,238 per second, are you kidding me? Imagine having so much money that you don’t even know how or where to spend it. This is probably a serious problem for this man. Here I am debating on whether I should get guacamole on my Chipotle bowl.

This man is probably just chillin’ somewhere in France, buying all the luxury goods, and goes to all the fancy restaurants that he doesn’t even know where else to go because he’s gone to them all. I don’t even want to break down Bill Gates or Jeff Bezos’s daily earnings or net worth because then that’s going to be even more devastating. I’m just going to go cry now and think about how this man is making $107 million per day. I hate billionaires.

Watch: John Cena’s Net Worth is Money We Will Never See