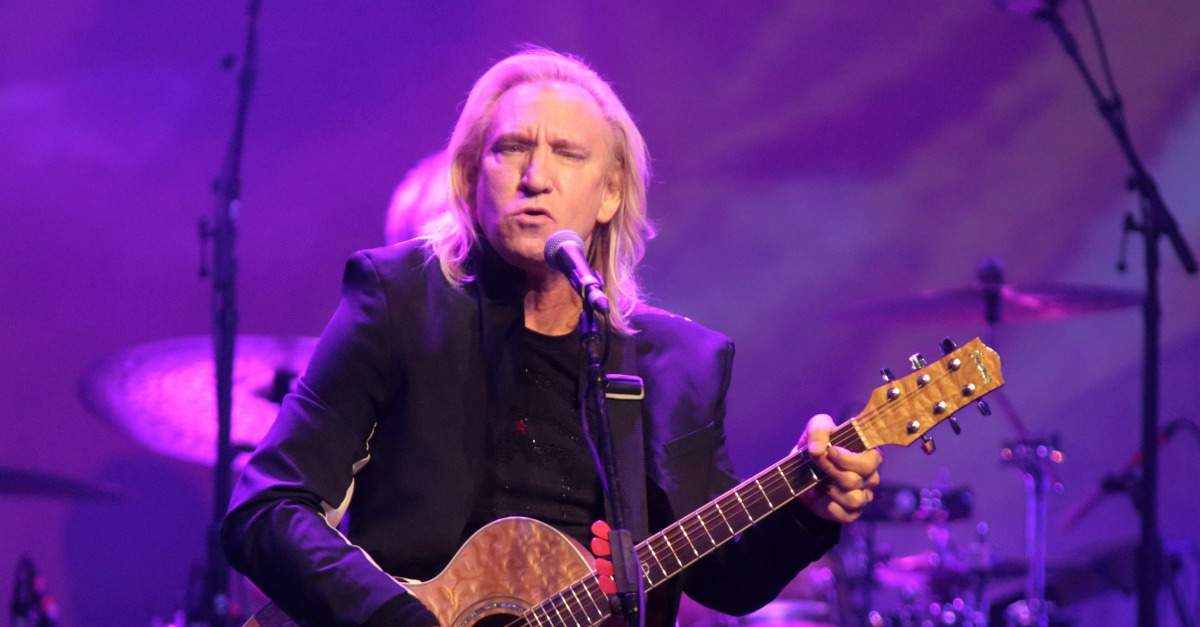 The founding members of the Eagles were Glenn Frey, Don Henley, Bernie Leadon, and Randy Meisner. Growing up in Los Angeles, California, in the late sixties and early seventies, they saw a world that many wish they could have seen. From the list of popular Eagles songs, there are lots to derive and attempt to relive through their music. And although it’s a favorite, there’s much more to this band than just “Hotel California.”

1. One of These Nights

Written by Don Henley and Glenn Frey, One of these nIghts was the title track for the band’s fourth album. The song was their second single to top the Billboard Hot 100.

Without a doubt one of the most popular Eagles’ song, it was also was the name of their fifth studio album. This album featured some lineup changes for the band including playing with bassist Randy Meisner for the last record. This song is without a doubt a favorite for Eagles fans and newcomers alike.

“Take it Easy” puts Glenn Frey on lead vocals for their first single in 1972. The song was later made the opening track for their debut, self-titled album. “Take it Easy” peaked at No. 12 on the Billboard Hott 100 chart.

4. Life in the Fast Lane

“Life in the Fast Lane” was included on the Hotel California album and was released as the third single. The track was inspired by riding down the freeway with a drug dealer who was driving too fast.

From the Eagles 1976 Hotel California record, the song was a number one hit when it was released in the United States and charted close in the UK. The song features electric piano and organ sections. It won the Grammy Award for Best Vocal Arrangement for Two or More Voices.

Named after a cocktail popular at the time, “Tequila Sunrise” hails from the band’s second album, Desperado from 1973. The song has been covered by country singer Alan Jackson.

The song was originally about a friend of Don Henley’s named Leo. Described by the band members themselves as a bit of a “southern gothic” tune “Desperado” was the beginning of the songwriting team between Glenn Frey and Don Henley.

“Heartache Tonight” features Glenn Frey on lead vocals and was a collaborative writing effort between  Don Henley, Glenn Frey, Bob Seger, and J. D. Souther. It was released in 1979 as a single. The song was certified gold in November of that year.

The songwriters grouped for this song are in a different order for  “I Can’t Tell You Why”. Bassist Timothy B. Schmit, Glenn Frey, and Don Henley worked on it and it was the first Eagles song with Schmit on lead vocals. It was released in February of 1980.

“Witchy Woman” was the second single from the band’s debut album entitled Eagles. It reached No. 9 on the Billboard pop chart. It was written by Bernie Leadon and Don Henley, and features Henley on lead vocals.