Betty White to Star in Lifetime Christmas Movie at 98-Years-Old! 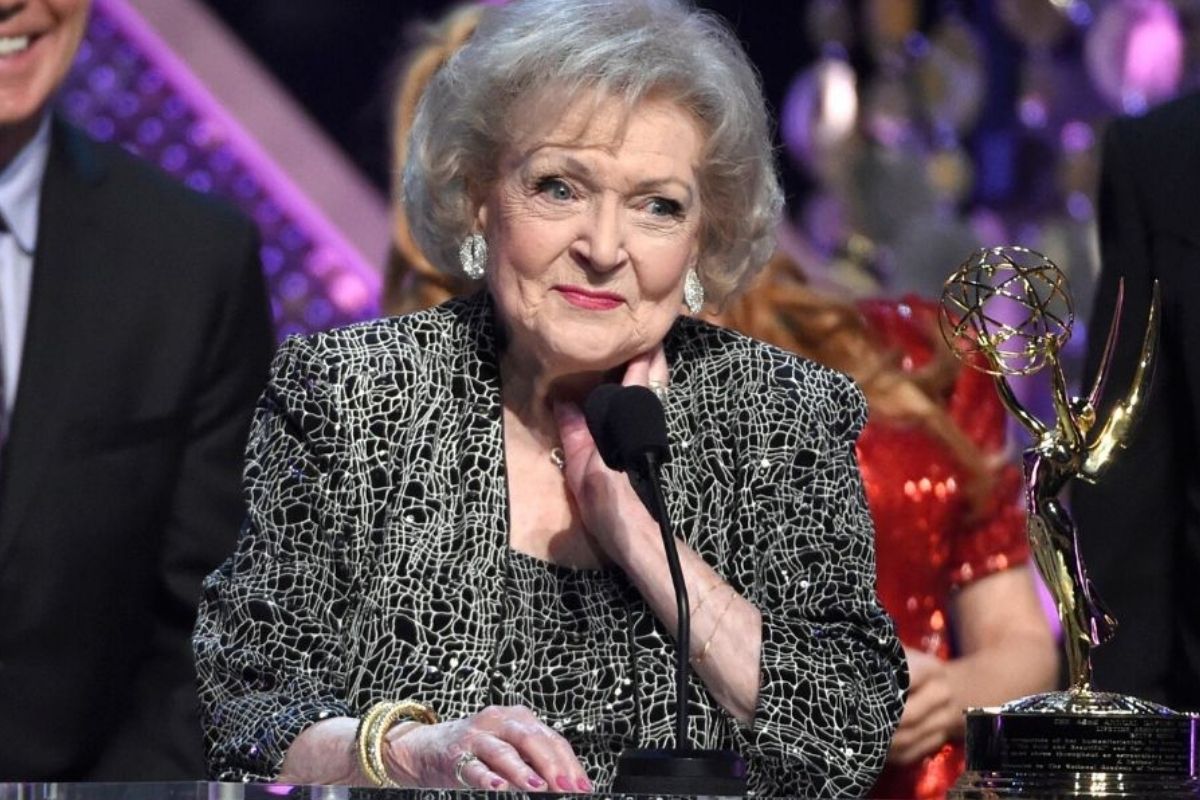 Editors Note: This article was originally published on May 8, 2020. It was updated on October 7, 20202, after Lifetime announced the new release date.

Sad news, Betty White fans. Lifetime has decided to delay her Christmas movie until 2021 due to the Coronavirus Pandemic. Lifetime released a statement through EW, stating, ?We?re all still dreaming of a White Christmas with Betty White ? unfortunately, we will have to wait until 2021. The movie is being pushed to next year due to COVID filming restrictions.?

Can you blame them? I would too. I wouldn’t want to be the one responsible for Betty White getting COVID-19. She’s a national treasure! The movie is said to feature White?s character helping “would-be Santas? prepare for the holiday season. But there is a question that is left unanswered: Is she actually Mrs. Claus?

The eight-time Emmy winner and Hollywood legend turns 99-years-old in January. Her eight-decade career includes series such as Hot in Cleveland, The Golden Girls, and The Mary Tyler Moore Show. But, don’t worry, Lifetime did state that it has a whopping 20 new Christmas movies headed our way this holiday season. Most of these were filmed during the pandemic. The first movie, Christmas on Ice, is said to debut on October 23rd.

Betty White's smile in 1963 is still everything. pic.twitter.com/zrUPh3qxzA

Listen, Betty White stops for no one and no one but herself. At the age of 98, this woman has more energy than I do, and I am in my mid-twenties. It is insane, it is selfish of my part, and she will forever be the best person on this planet. God bless Betty White and Lifetime channel for giving us the ultimate White Christmas movie that we have all been waiting for.

In case you needed to add a little joy to your life right now, I’m here to tell you that the network has just now announced several new projects, which includes feel-good movies that their viewers will definitely love. And yes, one of these movies include everyone’s favorite 98-year-old Golden Girls actress, Betty White. White is slated to appear in a yet-untitled Christmas movie, which we already know is going to be more than fantastic.

Betty may single handedly save 2020! pic.twitter.com/6cUP6GFAJP

According to Lifetime’s news release, White will star as a woman who helps would-be Santas get into shape by spreading the true meaning of Christmas and leading everyone to wonder, ?is she secretly Mrs. Claus?? Which yes, we totally saw coming because I am 100 percent positive that White IS already Mrs. Claus, and she has yet to tell us.

Safe to say Lifetime holiday movies are quite legendary, which is why the Network would want to add White into the picture. White is an eight-time Emmy winner and was awarded the Lifetime Achievement Award by The Screen Actors Guild in 2010. As far as what other movies are coming up this season, Lifetime is said to have their third installment of its franchise about the former Royals Prince Harry and his wife Meghan Markle.

To no surprise, the new movie is about the duo leaving the royal family, with the TV movie said to be called, ?Harry & Meghan: Escaping the Palace.” The movie follow the couple’s controversial conscious to leave the crown after the birth of their beautiful son Archie.

The movie is set to detail the struggles of the new parents and their challenges of being part of the royal family, which led to Meghan and Harry to give up the Royalties and do a 360 forgoing a new life on their own terms. The movie follows 2018?s ?Harry and Meghan: A Royal Romance? and 2019?s ?Harry & Meghan: Becoming Royal.?

In case you were wondering, White, isn’t the only famous name on the list of Lifetime movies this year. Lifetime also announced that singer and actress Kelly Rowland will executive produce and star in a sequel to her 2019 film, ?Merry Liddle Christmas,? and Jamie Lee Curtis is producing and starring in ?How We Sleep at Night: The Sara Cunningham Story.? I don’t know about you, but I’m ready for this whole coronavirus pandemic to go and fast forward to Christmas because I’m so ready for these movies.