Behind the Tragic Death of Former ‘Jeopardy!’ Champ Brayden Smith 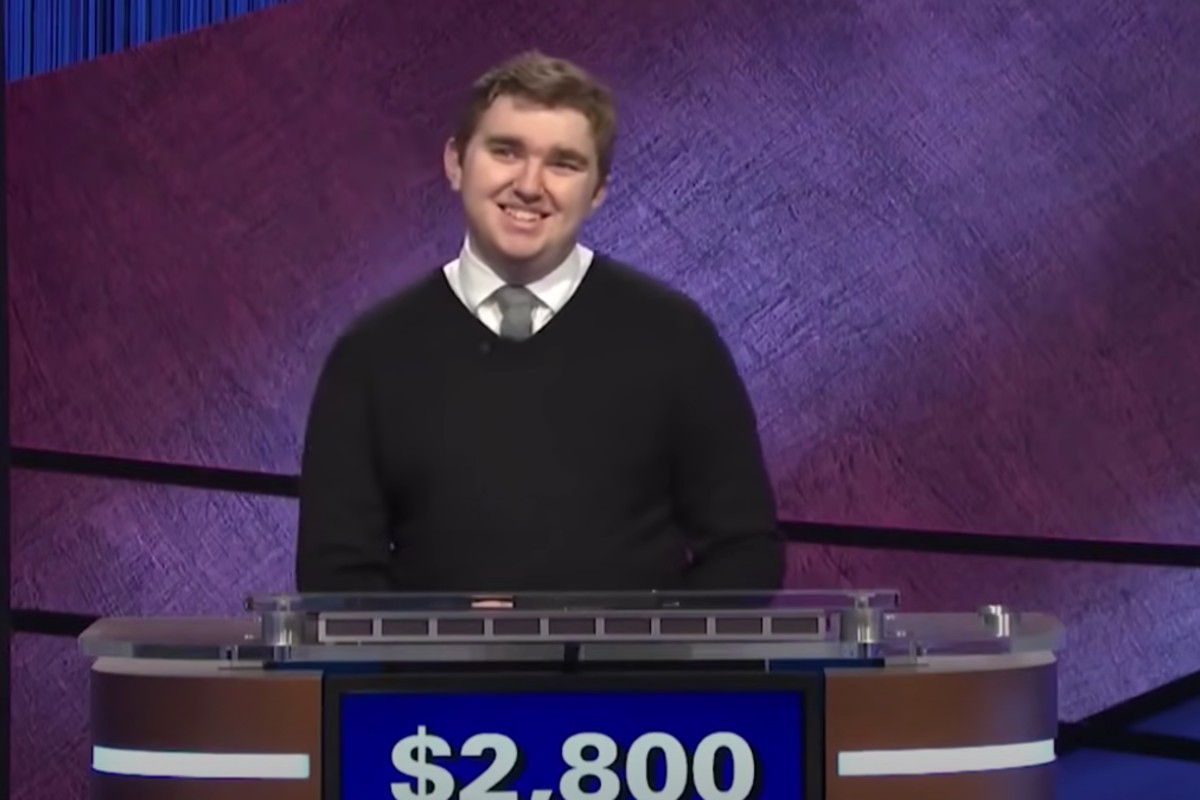 ?You?ve now met all 15 of the players who qualified for the Tournament of Champions ? well, almost all,? said guest host Buzzy Cohen on Friday’s episode, which closed out the show’s tournament quarterfinals.

?Brayden Smith, the incredible young man who won five shows and $115,000 in January, passed away earlier this year,” said Cohen. “Brayden?s family has established a fund in his name and ?Jeopardy!? will be donating to that fund. We want to express our best wishes and condolences to his family.?

Who Was Brayden Smith?

Brayden Smith was a 24-year-old contestant whose appearances were among Alex Trebek’s final episodes. The longtime host died last November of pancreatic cancer. Smith’s family recognized from an early age that their son was gifted. ?I would throw those little board books in his crib and he would memorize them and read them,? Debbie Smith told the Las Vegas Review-Journal.

Smith was a 2020 graduate of the University of Nevada, Las Vegas. According to his obituary, Smith had hoped to attend law school and become a lawyer for the federal government. During a five-game winning streak on the quiz show, Smith — with his bold wagers and quick answers — was a clear favorite of Trebek, who nicknamed him “Billy Buzzsaw”.

?These people are sort of my trivia idols and to know that I?m going to be on the same metaphorical and literal stage that they were on is really something special,? Smith told DesertNews. ??Jeopardy!?? is so much better than anything I could?ve even imagined. Every moment since I last was on the studio lot has been a moment that I?ve been wanting to get back on there.”

“[Trebek] did, I believe, really like Brayden,” executive producer Mike Richards said in an interview with Entertainment Weekly. “I could tell that he very much enjoyed that young man, and that was fun to watch. I think that energized him.”

Before Smith’s death, the champ won five consecutive games and won $115,798. In December, Smith appeared in a video tribute to Trebek, saying that his favorite part of competing in the game show was getting to know the host.

How Did Brayden Die?

Our family is deeply touched by @Jeopardy’s ToC tribute to Brayden and its pledge to support the Brayden Smith Memorial Fund. What a formidable group of Champs. Brayden would feel honored to be counted among you. https://t.co/eJpsD4YGRY

According to a local CBS station, Smith died during surgery for an undisclosed condition. He passed away on February 5 after spending several days in a Southern Nevada hospital. Following the announcement of her son’s death on social media, Smith’s mother tweeted: ?The outpouring of love for Brayden is overwhelming. We can?t express how much your beautiful comments are comforting us during this painfully sad time. Thank you.?

Brayden’s family members established a memorial fund in his name, dedicating it to Southern Nevada students. After the game show announced it would be donating to the fund, Smith’s mother Tweeted gratitude in a post: ?Our family is deeply touched by @Jeopardy?s ToC tribute to Brayden and its pledge to support the Brayden Smith Memorial Fund,? she wrote. ?What a formidable group of Champs. Brayden would feel honored to be counted among you.?

The tournament’s semifinal round started on Monday. The three remaining contestants will compete in the two-day finals on May 27 and 28.