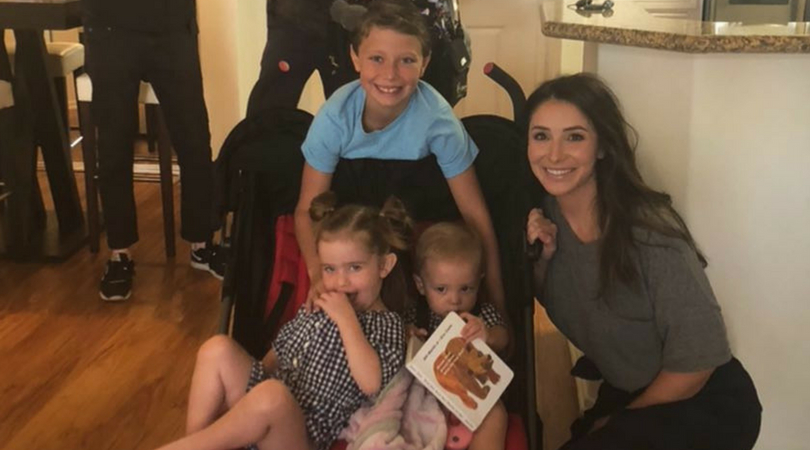 Back in July, Bristol Palin announced she would be joining MTV’s reality series ?Teen Mom OG?. Now, MTV has released the first sneak peek of the show where fans of the series got their first glimpse of Bristol. The mom is seen discussing her situation, alongside former Alaska Governor and Vice President candidate, Sarah Palin, and sisters Piper and Willow.

The 27-year-old mother has three children. At the age of 17, she welcomed her first son Tripp, in December of 2008 with ex-fiance Levi Johnson. Bristol also has two children, Atlee Bay and Sailor Grace with ex-husband Dakota Meyer. Bristol stated she was excited to join the cast hoping to inspire others with her journey as a single mother. It is unclear how much the Palin family will appear on the show, but MTV stated Johnson and his wife will be regulars.

Back in May, Bristol shared an Instagram post to reflect her experience as a teen mom, writing how her life changed forever when her son Tripp was born. The mom-of-three will star alongside cast members MacKenzie Mckee, Amber Portwood, Catelynn Lowell, and Maci Bookout, replacing former regular cast member, Farrah Abraham. ?Teen Mom OG” has been airing since 2009, and is a spinoff of MTV?s ?16 & Pregnant?, documenting the lives of single moms and their everyday lives as they raise their children.

10 years ago this week – my life took the biggest possible turn.. I was 17 and a junior in high school.. it took hearing your heartbeat for a positive pregnancy test to really mean anything to me.. and took holding you in my arms to realize my life was going to be changed forever.. I am so thankful for God’s plan over our life, and His grace that has covered us entirely.. my kids truly are my biggest blessing ❤️ #purpose

This isn’t the first time Palin appears in a reality show. In 2018, she stared on her mother’s TLV series ?Sarah Palin?s Alaska”, Lifetime Show ?Bristol Palin: Life?s a Tripp? in 2012, and in Season 11 and 15 of ?Dancing With The Stars.?