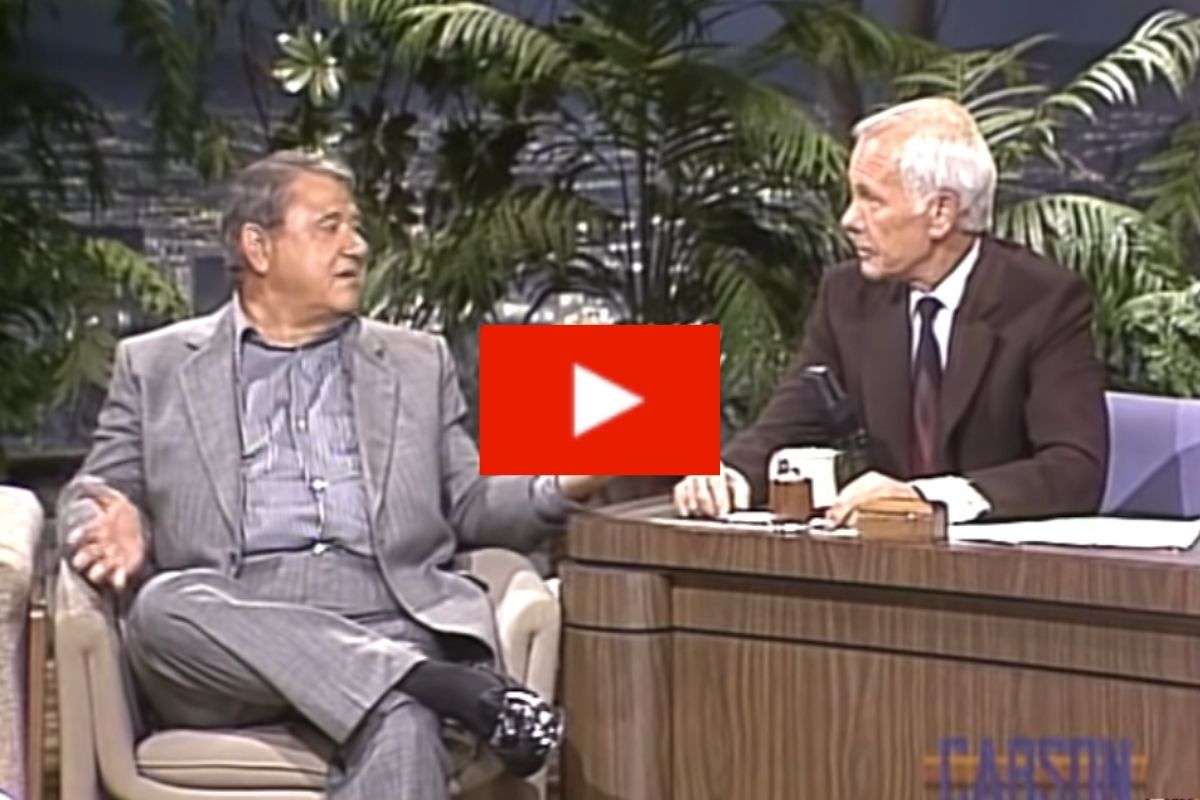 Over the course of its three-decade run, The Tonight Show Starring Johnny Carson had its share of memorable skits and bits. There was the time host Johnny Carson accidentally caused a toilet paper shortage. There was the time when Steve Martin told the talk show host that he had to leave, only to return to the stage sobbing, “I don’t have to leave!” There was that time Dean Martin showed up on the show with a cigarette and cocktail, visibly drunk. Oh, and that time Carson interviewed Jonathan Winters and Robin Williams, and Williams does not stop doing bits for one. Single. Dang. Second. (Best line ever: “‘Your opinion on Roe v. Wade?'”‘I’d rather float!'”)

But one of our favorite Carson show memories has to be one of his lesser-known interviews with Buddy Hackett, a standup comic and frequent guest. In the episode, Hackett tells three different animal jokes, including the surprising split-your-sides-laughing-out-loud “Duck” story.

So committed is Hackett to the story, he ends the bit rolling around the floor and accidentally spills a drink. After delivering the joke, he complained about ruining the new suit he’d purchased for the show. “Wasn’t it worth it for that laugh, though?” Carson asked. (Hackett grumpily claims it wasn’t worth it, but we think — depending on how much the suit cost — it totally was.)

Who is Buddy Hackett, Anyway?

Future funnyman Buddy Hackett was born Leonard Hacker in Brooklyn, New York in 1924. He kicked off his comedy career in high school, when he started working as a waiter-performer at the famous Catskills resort.

After serving in World War II, Hackett devoted himself to comedy full time. Immediately winning over audiences with his salty late-night humor, he started headlining gigs in clubs in Los Angeles and Las Vegas.  Within a few years, Hackett was appearing in movies — including God’s Little Acre, The Music Man, It’s a Mad, Mad, Mad, Mad World, The Love Bug, and Scrooged. He also famously voiced Scuttle in The Little Mermaid.

Hackett also made frequent appearances on TV series, co-starring with Carol Burnett in the NBC sitcom, Stanley, in the early ’50s. Throughout his career, he made appearances on talk shows and variety TV shows of greats like  Jack Paar, Arthur Godfrey, and — of course — Johnny Carson.

The animated comedian passed away in his Los Angeles beach house at age 79 in 2003. He was survived by his wife, Sherry Cohen, in addition to his son Sandy, daughters Lisa and Ivy, and two grandkids.