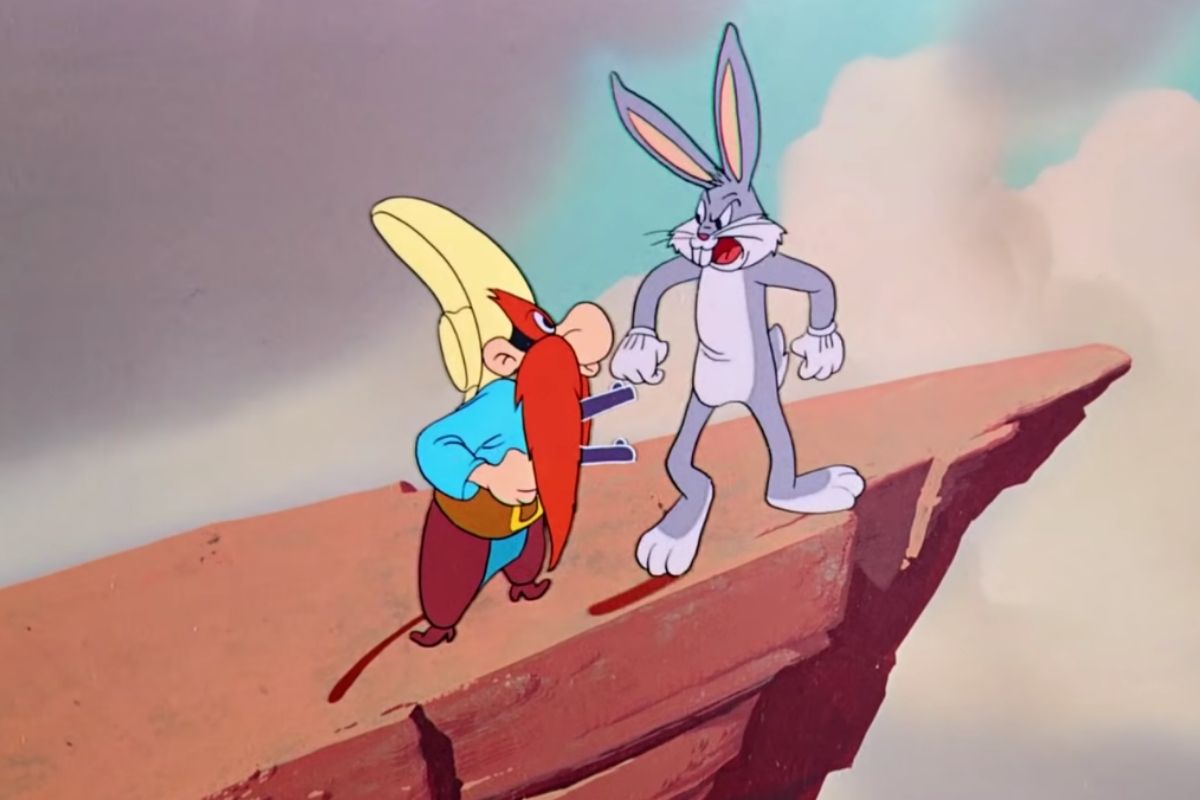 Television audiences met Bugs Bunny 80 years ago when the cartoon rabbit debuted as part of the Looney Tunes and Merrie Melodies series of animated shorts. Decades after the introduction, Bug Bunny remains one of the most beloved cartoons of all time (rivaled only perhaps by Walt Disney’s Mickey Mouse… and then maybe followed by Tweety Bird. Woody Woodpecker, on the other hand, probably falls at the very bottom of the list). The toon’s enduring popularity has even earned the wily wabbit his very own star on the Hollywood Walk of Fame.

Perhaps even more impressively, the bunny even won an Oscar for Best Animated Short Film for his performance in “Knighty Knight Bugs”. Read on to learn about this once-nameless bunny’s rise to stardom during the so-called golden age of animation.

The Birth of Bugs Bunny and “Looney Tunes”

Bugs Bunny was dreamed up in 1938 by Tex Avery, Friz Freleng, and Robert McKimson of Leon Schlesinger Productions, which would later become Warner Bros. Entertainment. He first appeared as a nameless rabbit in a Porky Pig cartoon called “Porky’s Hare Hunt” (not to be confused with “Porky’s Duck Hunt,” which came out earlier) before being christened “Happy Rabbit”. He was ultimately named Bugs Bunny after his original writer, Ben “Bugs” Hardaway.

Bugs Bunny from World War II and Beyond

Over the years, Bugs became infamous for his insatiable hunger for carrots. His iconic line, “Eh, what’s up doc?” first appeared in the 1940 film “A Wild Hare”. During the evolution of the Bugs Bunny cartoon, the mischievous rabbit developed his fair share of rivals — including Elmer Fudd, Daffy Duck, Yosemite Sam, Elmer Fudd, Marvin the Martian, Wile E. Coyote, and the Tasmanian Devil  — inevitably outsmarting them all.

To ensure viewers would always be sympathetic to the “wascawwy wabbit (as Elmer Fudd often called him), director Chuck Jones’ always made sure to kick off every episode with Bugs being bullied by his villains while minding his own business. Bugs usually tries to come up with a peaceable solution, but when he is pushed too far by the antagonist, he often addresses the audience with Groucho Marx’s line, “Of course, you realize this means war”.

In addition to appearing in Looney Tunes cartoons, Bugs has also made cameos in several Private Snafu shorts, which were designed to educate U.S. troops during World War II. These shorts were super-secret, and even the animators who created them weren’t permitted to see the final product.

After Warner Brothers ceased creating animated shorts for movie theaters in 1963, Bugs continued to star in TV commercials and feature-length compilations of classic shorts. Bugs has also appeared in feature films like Who Framed Roger Rabbit and Space Jam with Michael Jordan.

In 2011, Bugs Bunny and his fellow Looney Tunes characters were revived in the Cartoon Network show, The Looney Tunes Show.

Watch: Saturday Morning Cartoons are Coming Back in 2021