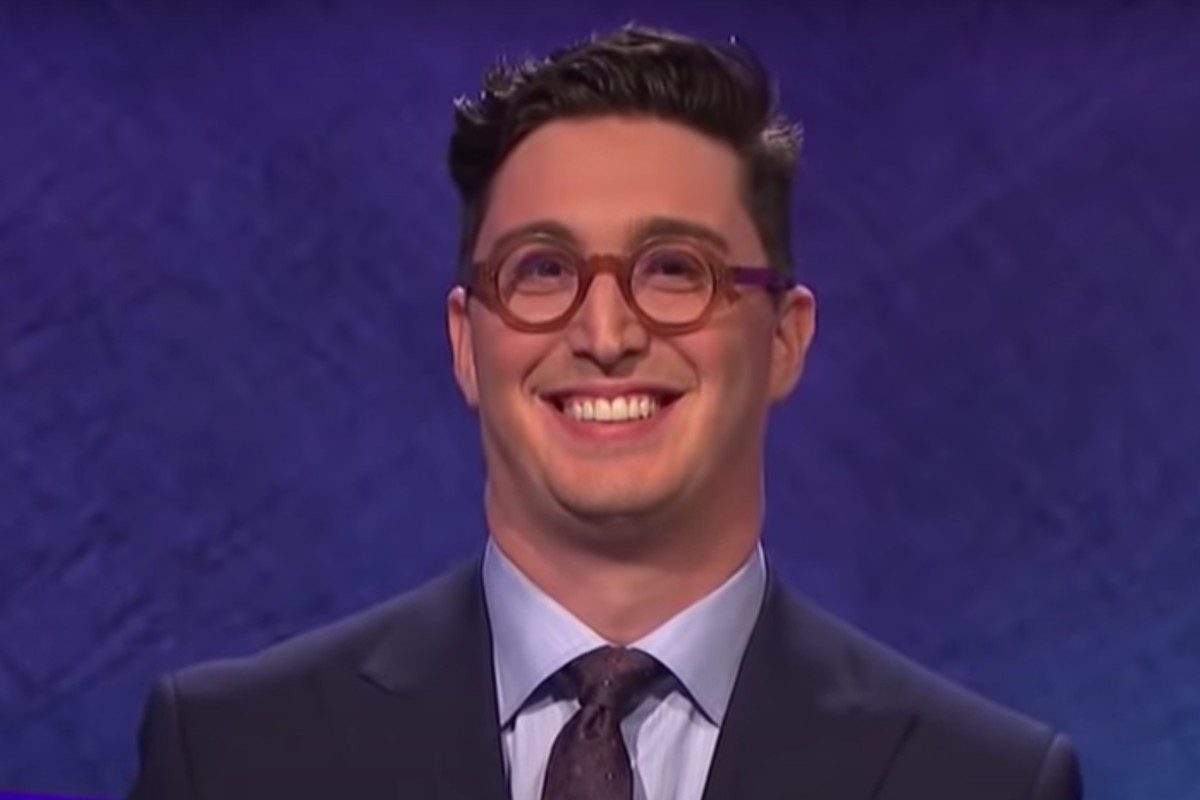 Charmingly geeky and endearingly effusive, Buzzy Cohen charmed audiences when he first appeared on Jeopardy! in 2016 as a contestant. Following a five-show winning streak, the sharp-suited fan favorite took home a whopping $164,603 — making him one of the biggest winners in game show history.

Cohen reappeared behind the podium last week: not as a competitor, however, but as a guest host for the 2021 Tournament of Champions. With an unconventional, energetic successful first week behind him, fans are clamoring to know more about the 36-year-old former host Alex Trebek once nicknamed “Mr. Personality”.

Who Is Buzzy Cohen?

Buzzy Cohen is a native of New Jersey, where his father owned a clothing store and imparted on him his famous “peacocky” style. Growing up, Cohen was captain of his high school’s Quiz Bowl team. After graduating from Columbia University, Cohen moved to Los Angeles where he founded The Teenage Diplomat — a company that makes commercial jingles.

He married Elisha Cohen (born Elisha Levin) in 2011, and the two currently live in the Westside with their daughter, Lucerne Rae Cohen (born 2013).

So What Is Buzzy Cohen’s Actual Real Name?

Known to fans by his nickname “Buzzy”, Cohen was born Austin David Cohen. As he explained to Arq, he was named after the character “Steve Austin” from the movie, The Six Million Dollar Man. “My sister?s name is Lindsay, like Lindsay Wagner, The Bionic Woman,” he explained. “My parents were very into the ?70s and ?80s TV sci-fi.”

David was Cohen’s great-grandfather, his mother’s father’s father. Cohen received his unusual nickname before he was even born. “When my mom was pregnant, they needed a nickname for me,” Cohen told Arq. “My dad started calling me Bozo, and my mom said, ‘Let?s not do that’. They came up with Buzzy, which was the nickname of a guy that my dad had gone to high school with.”

In the end, it was his great-grandmother who finalized his iconic nickname. “When I was born, they asked my dad what my name was — I was born Cesarean, so my mom was out  — and he said, ‘Buzzy.’

He continued, “My great-grandmother came to see me, and my mom thought, ?All right, this is it. She?s going to decide and everyone?s going to fall in line. There?s no way that this kid?s going to be Buzzy.? My great-grandmother spent some time with me, and she said, ?Austin?s much too big a name for such a little person. I?m gonna call him Buzzy.? So, I?ve been Buzzy for my whole life.”

Cohen joins a roster of more than a dozen candidates who have guest-hosted the classic quiz show following the death of Alex Trebek, who died last year of pancreatic cancer. He follows past guest hosts like fellow former champ Ken Jennings, Jeopardy executive producer Mike Richards, journalist Katie Couric, Greenbay Packer Aaron Rodgers, and CNN broadcaster Anderson Cooper. Still to come on as guest host of the show are Levar Burton and sportscaster Joe Buck. The network is expected to announce its next official host by next season, which should begin filming in late July or early August.