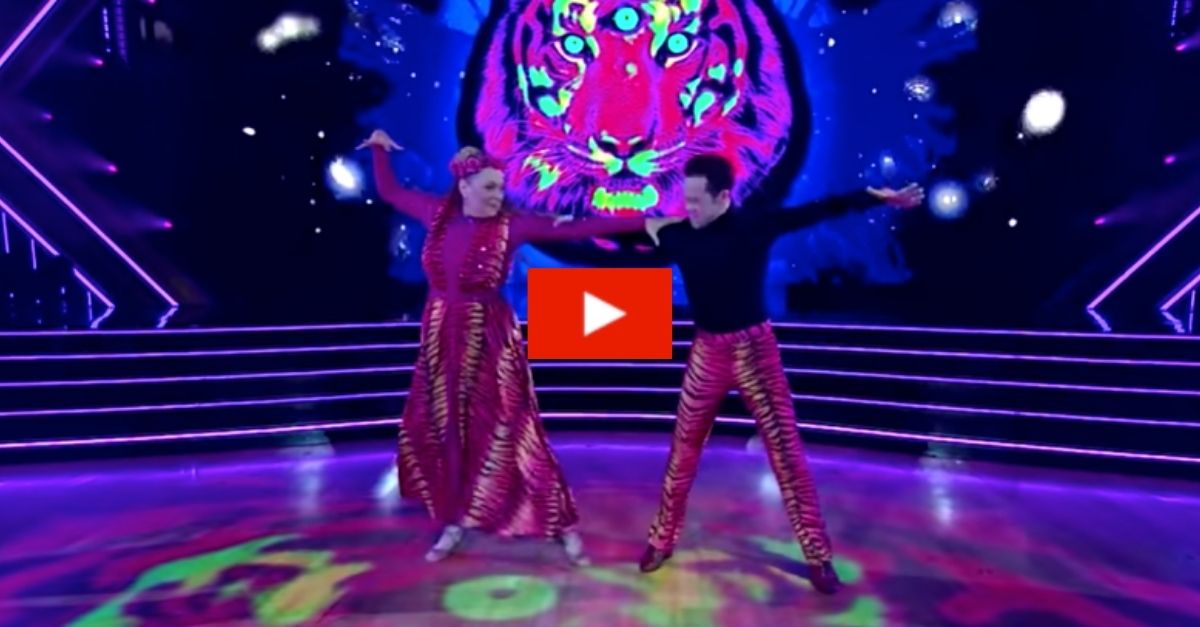 To say I’m surprised is still shocking, even though this went quite literally how I could have expected it to go. The anticipation of Tiger King’s very own villain in question, Carole Baskin, and her participation on ABC’s Dancing with the Stars had the general public interestingly amused at how the Big Cat Rescue activist was fitting into the world of Hollywood stardom. And boy, did she not disappoint.

On the 2020 DWTS season premiere, Baskin glided (if you could call it that) around the dance floor with partner Pasha Pashkov in a paso doble to what song? No other appropriate musical accompaniment than “Eye of the Tiger” by Survivor. Now, I’m obviously no dance judge nor do I have any professional dance experience, so I can’t judge her too harshly. But I have to say, what a first dance to kick off the show.

Dressed in animal-print, the pair choppily portrayed the whole “tiger versus zookeeper” concept, starting the dance with Pasha in a cage. The entire dance was clearly a play off the famous Netflix docuseries turned worldwide phenomenon surrounding Joe Exotic and his crazy antics. So what did the judges think of it?

This year’s DWTS judges are Bruno Tonioli, Carrie Ann Inaba, and Derek Hough, who is filling in for Len Goodman since he is stuck in London due to COVID-19. Inaba and Hough were considerably nice to Tiger King contestant, with both giving the duo a score of 4 each. Hough chimed in with a positive comment saying, “You’re here, you’re doing it.”

However, Tonioli had no problem speaking his mind, “You used those claws all the time, I thought you were going to dislocate your shoulder,” explaining the dance wasn’t necessarily a paso doble, but simply “resembled” it. He also mentioned, “I want to hear you roar. Sorry love, it can only get better.”

But don’t let this distract you. Didn’t Carole Baskin kill her ex-husband?