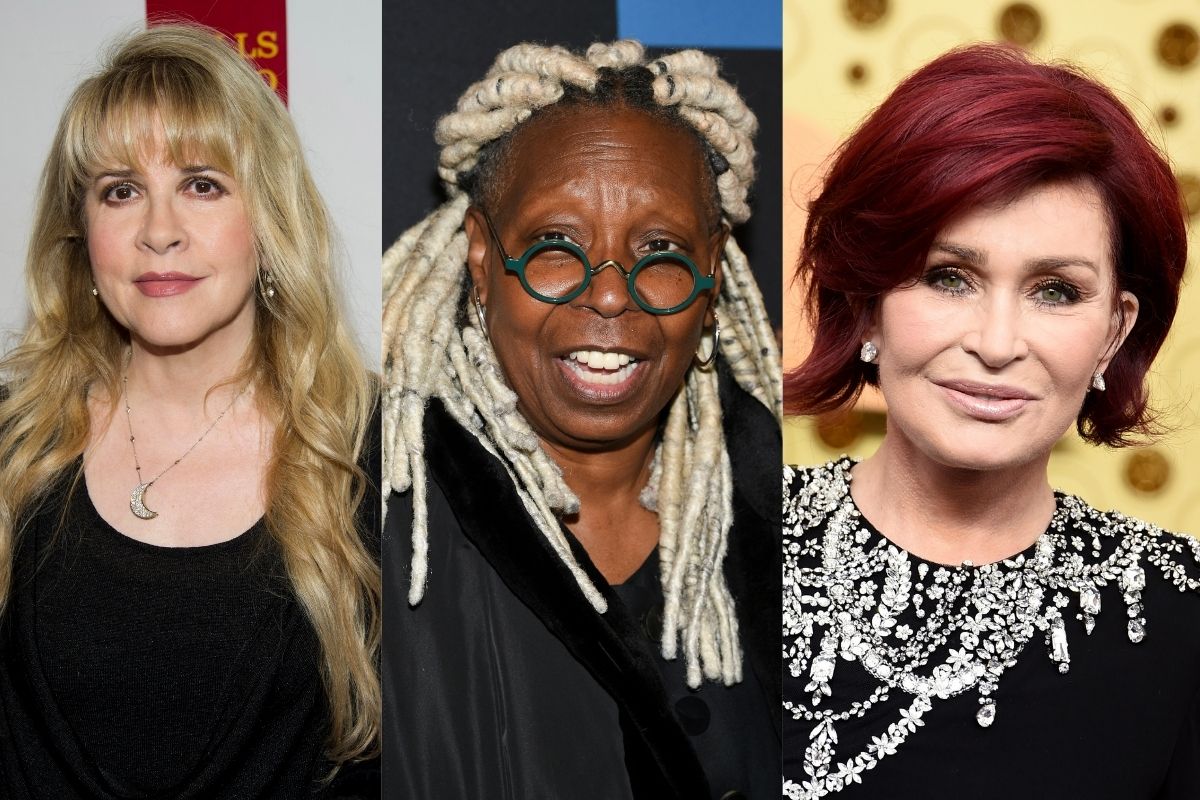 Last Wednesday, Texas Governor Greg Abbott signed into law the “heartbeat bill” which will ban abortions in the state from as early as six weeks into the pregnancy — before most women even realize they’re carrying. The restrictive move continues in the trend of other Republican-led states, including North Dakota, Kentucky, Mississippi, Ohio, Georgia, and most notably Alabama where abortion was banned in 2019 even in cases of rape and incest. This law was designed to challenge the Supreme Court’s historic Roe v. Wade ruling under a newly right-leaning court.

Since that move by state legislators, many celebrities who have gone through abortions themselves are sharing their own experiences publicly. 1 in 4 American women have had an abortion. So the trending hashtag #YouKnowMe was created on social media to combat the stigma surrounding this difficult decision and to challenge abortion bans. Take a look at just some of the brave Hollywood women speaking out against dangerous anti-abortion laws.

It was Busy Philipps who first created the #YouKnowMe campaign in 2019. The TV personality took to Twitter following an emotional episode of her talk show Busy Tonight, in which she opened up about having an abortion when she was only in high school.

“I had an abortion when I was 15 years old and I?m telling you this because I?m genuinely really scared for women and girls all over the country,” were her exact words before opening up a larger dialogue about reproductive rights. She even testified before Congress on the topic in 2019. Watch that footage above.

Sharon Osbourne has a sad abortion story that highlights the true need for safe procedures and emotional support. Speaking to The Daily Mail in 2004, Osbourne said she became pregnant after her first time having sex, at the age of 17. Her mother was angry and encouraged her to go to the abortion clinic — alone — where “It was full of other young girls, and we were all terrified… it was horrible.”

On her podcast Sorry Not Sorry, the actress Alyssa Milano shared that she had two abortions within months of one another in 1993. She was just 21 at the time. ?I knew at that time, I was not equipped to be a mother, and so I chose to have an abortion,? Milano said simply. ?I chose. It was my choice. And it was absolutely the right choice for me.? Milano has even called for a so-called “sex strike” for women to protest the government’s grotesque overreach on women’s bodies.

Following the appointment of Judge Amy Coney Barrett to the Supreme Court — a woman firmly opposed to abortion rights — Stevie Nicks got real in an interview with The Guardian. The singer said she terminated a pregnancy in 1979. “If I had not had that abortion, I?m pretty sure there would have been no Fleetwood Mac. There?s just no way that I could have had a child then, working as hard as we worked constantly. I would have had to walk away,” she said. Nicks never went on to have any children of her own. Instead, she entirely changed the landscape of music. And any real rock fan knows that was the right decision.

Nicks certainly did. “I knew that the music we were going to bring to the world was going to heal so many people?s hearts and make people so happy. And I thought, ‘You know what? That?s really important,” she said.

The View co-host, and all-around icon, Whoopi Goldberg is always vocal about women’s rights. In 1991, she shared her own visceral and horrifying abortion experience in an essay for Angela Bonavoglia’s classic collection, Choices We Made. Goldberg wrote:

“I found out I was pregnant when I was fourteen. I didn’t get a period. I talked to nobody. I panicked. I sat in hot baths. I drank these strange concoctions girls told me about ? something like Johnny Walker Red with a little bit of Clorox, alcohol, baking soda (which probably saved my stomach) and some sort of cream. You mixed it all up. I got violently ill. At that moment I was more afraid of having to explain to anybody what was wrong than of going to the park with a hanger, which is what I did.”

If anyone is going to be brutally honest about abortion, you can get that it’s Gloria Steinem. On Fresh Air with Terry Gross in 2015, Steinem revealed that she had an illegal abortion at age 22. Of the messy process, she said:

“I had been doing all of the foolish things that we then did like riding horseback, throwing ourselves down stairs. I am the most cowardly person you can imagine, physically speaking, but… I was desperate. I really was desperate. I just knew that if I went home and married, which I would’ve had to do, it would be to the wrong person; it would be to a life that wasn’t mine, that wasn’t mine at all.”

Clearly, Steinem had a greater calling. Like, say, infiltrating and exposing the Playboy Club while disguised as a sexy bunny. Oh, and helping to galvanize the entire second-wave feminism movement.

Talking about abortion is often considered a political statement. But often, it’s just women discussing something personal. Margaret Cho addressed this pro-choice phenomenon in XOJane, when she reportedly said: “I talk a lot about abortion and people get really freaked out. I?m not even making a political statement. I?m just talking about what happened! I have had them and I want to talk about them.”

Before she was a legend of tennis, Billie Jean King was a pregnant young woman unsure of her future. So she chose to have an abortion. She explained her thought process during a 2018 interview with Makers, saying, “The reason I had an abortion is because I was not in a good place. I was just finding out about my sexuality. I was trying to figure my life out. I was trying to get the tour started. I just did not want to bring a baby into the world.” King recognized that if she were to have a child, that would need to become her priority. Instead, King would go on to break sports records and come out as a lesbian during a historic 1981 press conference.

It’s hard to imagine what the various landscapes of TV, comedy, music, even tennis, and literal feminism, might look like had these future stars not made that ultimate choice. Not all of the abortions listed above were legal, easily accessible, or even safe. Yet with the passage of new laws, like the one in Texas, that physical danger only increases.