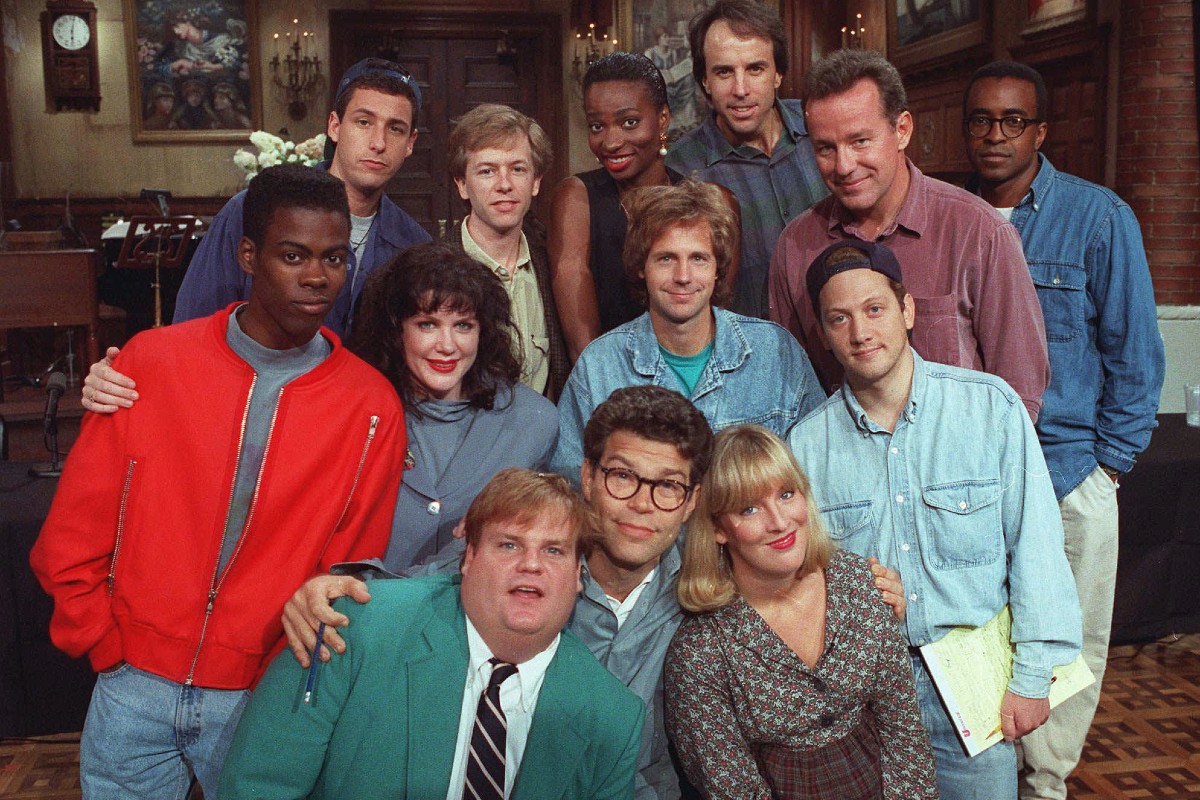 Chris Farley and Adam Sandler are among SNL’s most legendary alums, appearing in some of most iconic Saturday Night Live sketches from the early ’90s. But in 1995, the late-night sketch show chose not only to fire the two promising cast members — they let both young comedians go on the same day.

For many fans, the 1990 to 1995 SNL cast members,  which included not only Farley and Sandler, but Chris Rock, Mike Myers, David Spade, and Dana Carvey, represented a peak for the show matched only by the John Belushi era. Even alongside these legendary castmates, the upstart best friends Farley and Sandler both managed to shine in some of the show’s funniest and best-loved sketches.

There was Farley’s Matt Foley, the motivational speaker that lived in “A Van Down by the River,” and Sandler’s Opera Man, the news-belting Weekend Update correspondent. Side by side in “Lunch Lady Land,” the two cast members demonstrated their respective strengths —the physical comedy of Farley dancing in a dress and hair-net perfectly complementing Sandler’s musical tribute to cafeteria workers and sloppy joes.

Why Did SNL Fire Sandler & Farley?

But by 1995, the decade’s early energy flagged. Ratings had sunk by 19 percent, and under pressure from NBC to inject new life into the show, producer Lorne Michaels made the decision to dump Farley, then 31, and Sandler, 29 at the same time, replacing them with Will Ferrell and Darrell Hammond.

In 2014, Sandler insulated the Daily Beast that the decision was less one-sided: “We kind of quit at the same time as being fired.” Whatever the circumstances, Sandler said both comedians felt angry, hurt, and uncertain of their future prospects as they left Studio 8H behind.

Sandler, of course, went on to thrive in Hollywood long after his departure from New York, leading in a string of ’90s comedy classics like Happy Gilmore, Wedding Singer, and Billy Madison (which included his friend Chris Farley in a minor role). Farley would also land on his feet for a time, starring in Black Sheep, Tommy Boy, and Beverly Hills Ninja, before he tragically passed away from a drug overdose in 1997.

In May 2019, Sandler returned to SNL for the first time in the 24 years since his firing, this time as the host. In his opening monologue, he joked in song-form about getting sacked from the show: “I was fired, I was fired/ NBC said that I was done/ Then I made over 4 billion dollars at the box office, so I guess you could say I won.” In another clip from the episode, Adam Sandler pays tribute to his late friend in ballad form.