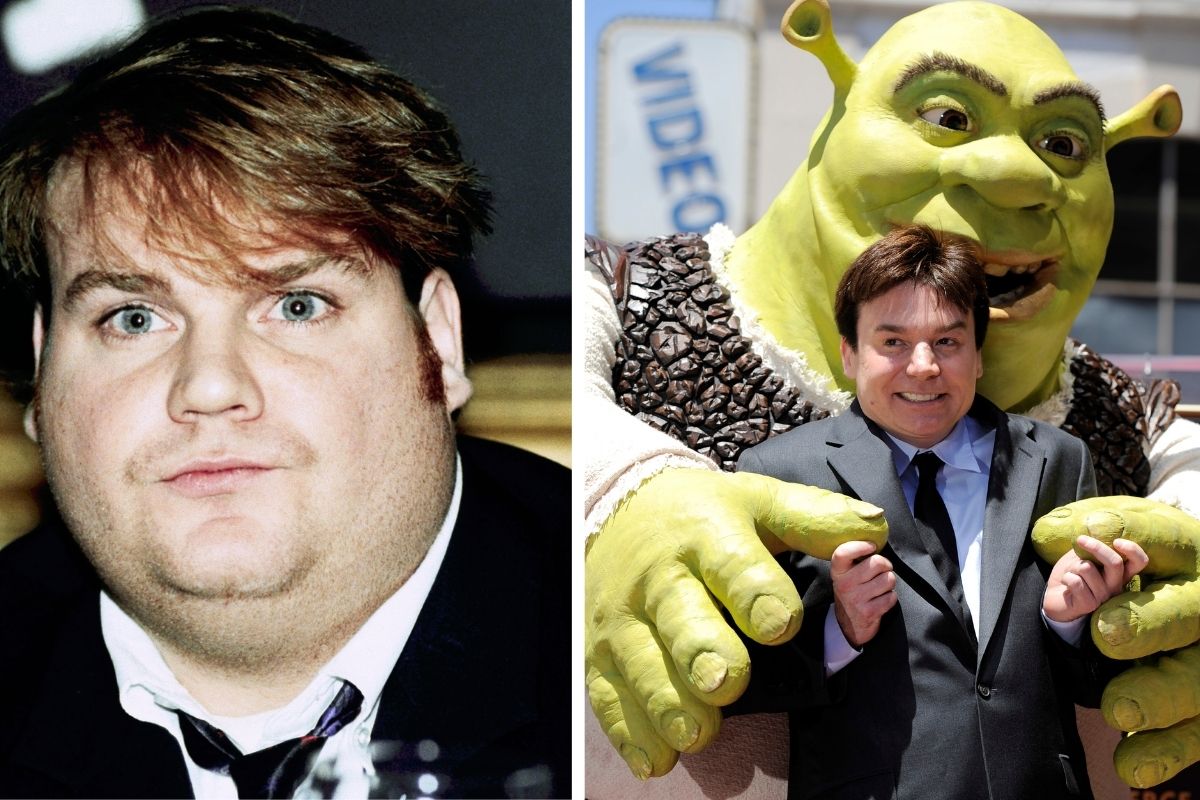 For comedians, Saturday Night Live is less of a TV show and more of the breeding ground for a strong career. The year that Chris Farley joined, he became one of the ‘Bad Boys of SNL’ along with Chris Rock, Adam Sandler, David Spade, and Tim Meadows. He made a name for himself and came to be a favorite. Chris Farley, who passed away unexpectedly in December of 1997, left behind a legacy as a comedian with bounding potential, a large fandom, as well as a few projects in the chamber.

Farley was an SNL favorite from 1990-1995. The Wisconsin-born comedian had an all-in and booming comedic style that made him a talented student of Chicago’s Second City. After his contract being an SNL cast member ended in 1995, he decided to pursue a film acting career in Hollywood. He appeared in Coneheads, Tommy Boy, Black Sheep, and Billy Madison. Black Sheep and Tommy Boy. His co-star for both of them was his SNL colleague, David Spade. Farley was then given the title character in Beverly Hills Ninja. Farley was in a Red Hot Chilli Peppers music video for “Soul to Squeeze”; which was featured on the Conehead soundtrack. Almost Heroes. Tragically, the 1998 film was his last.

The Version of Shrek We Never Had

If somehow (God forbid) you’re unfamiliar with Shrek, it’s an animated film produced by Dreamworks animation about a green Ogre from a swamp that goes to save a princess. With Farley on board as the star, the filmmakers wanted to re-create the buddy bond he and David Spade had in their film Tommy Boy. In Peter Segal’s words: “Terry Rossio and Ted Elliot, who wrote Shrek, I met with them years after Shrek came out and they said, ?You know who we patterned the donkey and the ogre off of? As far as their relationship? That was Spade and Farley in Tommy Boy. That?s why we wanted Farley.”

Chris Farley was all set to star in the film as Shrek and had even completed nearly 85 % of his lines when tragedy struck. The budding star was found dead on December 18, 1997, from a drug overdose.  When he died, it took years to come up with a new plan for the movie. The original plan was to find a Farley impersonator to complete, but they decided against that idea.

Eventually, Mike Myers was brought in to play the role of the ogre. Meyers requested that the storyboard be tweaked, so he didn’t feel as though he was simply recreating Christ Farley’s version of Shrek. With the actor change, another thing to change was Shrek being given a Scottish accent.

Shrek grossed nearly $500 million in the box offices. Then there were the sequels Shrek 2, Shrek the Third, and Shrek Forever After. A fifth movie in the works, but as far as we know, it has since been shelved. The initial film won many awards. In addition, it was the first animated film to win an Oscar award. Amongst others were the People’s Choice Awards and a BAFTA Award. While Farley wasn’t able to be apart of it, some of his lines have been released. You can listen to them above.