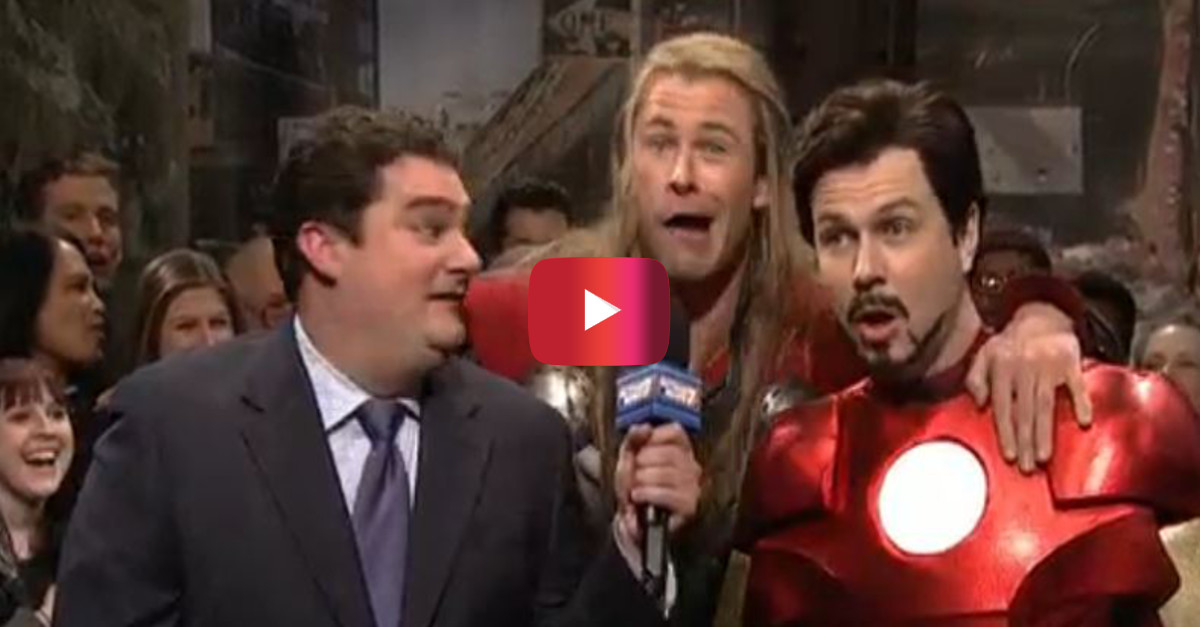 On the most recent episode of Saturday Night Live, Chris Hemsworth donned his Thor costume to play a psyched up version of Thor after a gripping battle with Ultron.

In the skit, actor Bobby Moynihan plays a newscaster trying to catch up with Thor during a live report. Much to his chagrin, Thor is busy doing the running man, and pouring Gatorade on people’s heads than actually talking.

Instead of the stoic character he plays on screen, Hemsworth’s Thor is as excitable as a girl on spring break, telling people to check out his Soundcloud, and wondering where the after-party is to celebrate the Avenger’s victory.