How Many Times Has Christopher Walken Hosted ‘Saturday Night Live’? 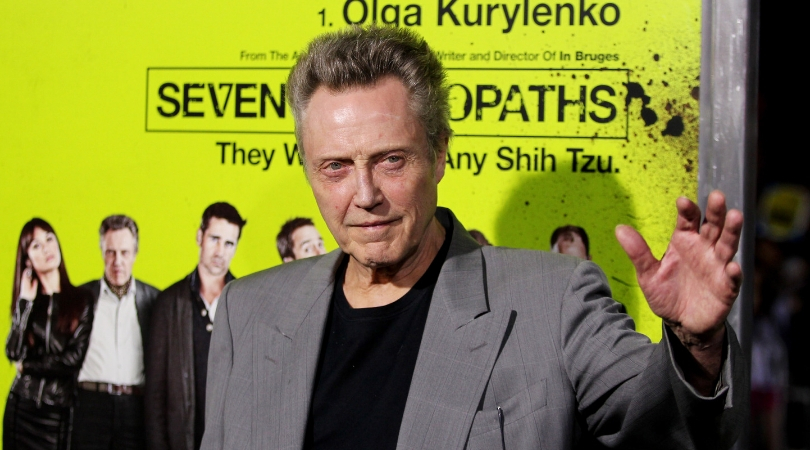 Christopher Walken has a standing offer to host Saturday Night Live. Since granted this status by Lorne Michaels, the actor has hosted 7 episodes of SNL. In turn, he has been impersonated on show eight times by Kevin Spacey and Jay Mohr, to name a few. Some of his most popular roles on the show include record producer Bruce Dickinson in the “More Cowbell” sketch, as well as multiple appearances as The Continental.

If you’ve missed this comedic gold, Lionsgate released “The Best of Christopher Walken” in 2004. But, while you wait for that to arrive from Amazon, here’s a snapshot of all of the times Christopher Walken hosted SNL and some of the best SNL skits.

Musical guest Arrested Development appears in this Season 18, Episode 14 of Saturday Night Live. Walken, playing a detective, sings about uncomfortable crab lice on the “Boulevard of Broken Balls” and returns for another installment of “The Continental: The Lost Glove.” “Trivial Psychic” skit features a spoof of one of Walkens roles from film The Dead Zone. Dana Carvey and Phil Hartman star in “Joyride with Perot”.

Once again, Walken returns to host the Season 21, Episode 10 episode with musical guest Joan Osborne. Hillarious sketches include “Execution,” The Continental,” “Connie Connie Stinson Talks,” and “Rita Snowed In.” Walken and David Spade thinks he isn’t on the air when he is in “Spade in America”.

This Season 25, Episode 16 show featured the famous “more cowbell” skit. It was an instant hit and has become one of the world’s favorite sketches. In the skit Blue Oyster Cult is recording “Don’t Fear the Reaper” but the producer (Christopher Walken) needs a ridiculous amount of cowbell. Other skits include Will Ferrell and Dana Carvey impersonate the Bush’s in the cold open on how to answer on important issues. Christina Aguilera was the musical guest.

Season 26, Episode 20 with musical guest Weezer. Continuation of the continental skit, “The Brooch”. Winona Ryder and Jimmy Fallon, and Tina Fey give the Weekend update cliffhanger on if Winona is pregnant.

Season 28, Episode 13 welcome Foo Fighter as the musical guest for 538th episode of SNL. “The Weekend Update” features Steve Madden and Christina Aguilera, Britney Spears and Will Ferrell. Christopher Walken sang and danced to Irving Berlin’s “Let’s Face the Music and Dance” in the “Colonel Angus” sketch. “The Continental” returns as the unsuccessful ladies man keeps trying to move in on women.

Panic! At the Disco is the musical guest for Season 33, Episode 09. One of the sketches in this episode was “A Walken family reunion”. Many of the shows cast members acted as members of the Walken family doing their best impressions of Walken. Weekend Report was given by Tina Fey and the pregnant man.