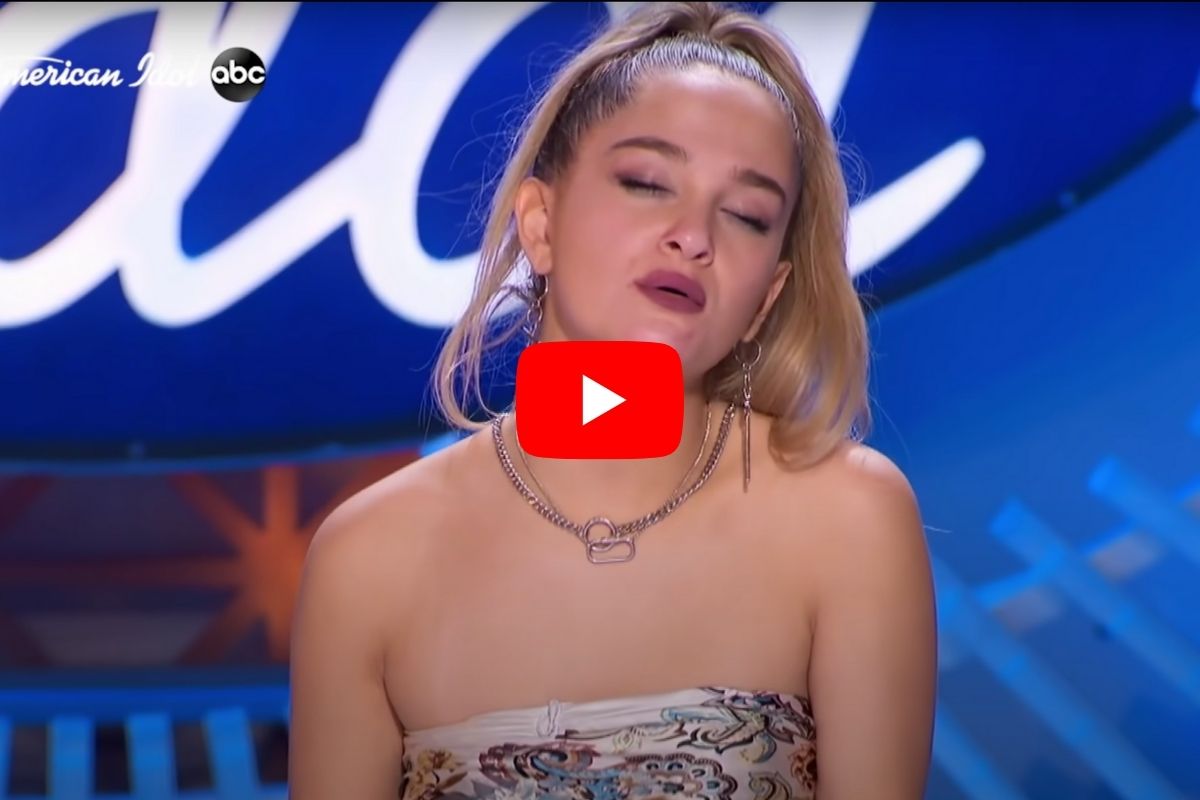 Claudia Conway, the daughter of former President Donald Trump’s counselor Kellyanne Conway, has become quite the celebrity. The 16-year-old gained a social media following on TikTok throughout the pandemic, sharing brutally blunt videos about the Conway’s surreal family drama. And on this season of American Idol , the young Conway was a contestant! She performed twice on the long-running ABC reality singing competition — and wowed judge Katy Perry with her rendition of both Adele‘s “When We Were Young” and Bishop Briggs’ “River.” But two days ago, after struggling with her duets partner, Conway’s Idol run came to a close; she was eliminated during the seventh episode.

Kellyanne Conway is married to George Conway, a prominent Republican lawyer who wrote the brief for the Clinton impeachment in 1998. They share four children, sixteen-year-old twins Claudia and George IV, and daughters Charlotte and Vanessa. Although George Conway is a noted Republican, over the last four years, he’s gained national attention for his sharp criticism of Donald Trump. In 2019, he co-founded the (now unraveling) Lincoln Project, a conservative coalition that campaigned against Trump’s re-election. As his wife became the most famous White House mouthpiece, espousing her self-ascribed “alternative facts,” their tense marriage remains something of a national fascination.

Issues between George and Kellyanne Conway were further complicated in 2020 when their then-15-year-old daughter Claudia became a TikTok influencer, most known for posting anti-Trump videos. Claudia’s TikToks are rebellious, colorful, and hyper-critical. In personal clips, she harshly lambasts the Trump administration — especially her mom — with a natural combination of eye-rolling teen insults and leftist ideological language. Regardless of political orientation, it’s obvious that Claudia inherited her mother’s talkative tendency for the spotlight.

Most recently, the mother-daughter duo made news when the elder Conway allegedly leaked her daughter’s nudes... Yikes. But the feud appears to be over as Kellyanne has been vocally supporting her daughter’s American Idol dreams. She even popped up as a spectator on the most recent episode.

American Idol is currently on its 19th season, featuring judges Katy Perry, Luke Bryan, Lionel Richie, and of course, host Ryan Seacrest. And Sunday’s episode, the sixth of the season, was Hollywood week! This marked Claudia Conway first return to the show since her high-profile audition aired last month during the Season 19 premiere. During that nail-biting segment, Conway began singing Rihanna’s “Love on the Brain” when Perry cut her off, suggesting a different tune. Conway then began again, and nailed Adele’s “When We Were Young.” It was enough to snag a golden ticket to Hollywood.

For this second American Idol appearance, Conway looked quite different with dyed black hair. Perry — who clearly adores the budding teen singer — was quick to comment on the new look, calling it “a transformation.” She then sang a rendition of Bishop Briggs’ “River” for the “Genre Challenge”… and officially moved on to the next round: “Duets Challenge.” But Conway’s Idol dreams were then dashed; she was eliminated on March 22.

Editor’s Note: This article was originally published on March 22, 2021.