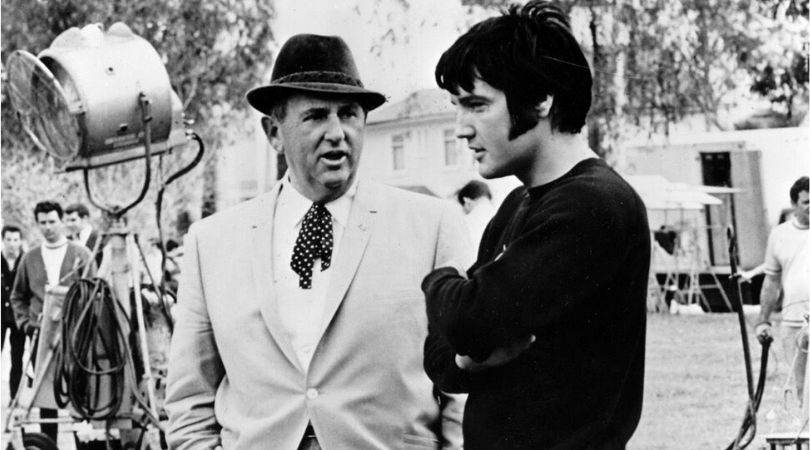 It’s no secret that a good manager or agent can make or break the career of an artist/performer. Anybody can fall prey to a poor manager. This, unfortunately, happened to the King of Rock n Roll himself. Elvis Presley’s manager is why he never toured outside of the United States except for those three times he went to Canada in the same year.

Colonel Tom Parker started working in show business and dabbling in the music industry late in the 1940s. His acts were Tom Mix, Hank Snow, Minnie Pearl, and June Carter. After a few years, he was given the honorary title of “Colonel” by Jimmie Davis, governor of Louisiana. Shortly thereafter he met an unknown Elvis Presley when he booked him to open for one of his other clients, Canadian country singer Hank Snow. Colonel Tom Parker managed to swipe Presley from Sun Records and get him signed with RCA Records with the “Heartbreak Hotel” single. Some might say that the rest is history. We all know Elvis’ career trajectory and how huge of an entertainer he became, but, did The Colonel effect Elvis Presley’s career?

Thomas Andrew Parker was a Dutchman, born Andreas Cornelis Van Kuijk in Breda, Holland. He arrived in the United States at the age of 18, in the early 1920s without a visa or passport. After enlisting in the U.S. Army and serving for multiple years in Hawaii, he settled into Florida. Andreas took the name of his former commanding officer, Thomas Parker to begin his new life. He often lied about his history and claimed that he was from Huntington, West Virginia and that he’d run away to join a circus owned by an uncle at an early age.

So why did “Colonel Parker” take someone else’s identity as opposed to trying to get a visa? Well, part of it was due to tot he fact that there was a suspected murder linked to his name in Breda. This largely kept his legal status in a lull and ultimately swayed many decisions about Elvis Presley’s career that should have been made in Elvis’ best interest. However, they were made in the Colonels. For example, when Elvis Presley was drafted to Germany, Colonel Parker did nothing to prevent a two-year gap in Elvis’ career. Instead, he saw it as a way to further legitimize himself and let it happen. He also remained in the United States while Elvis Presley oversaw. He was investigated and founded to be using unethical management tactics as well as gambling and cheating Presley out of his earnings.

Worst of all, the news did not emerge about Colonel Parker’s true identity until the eighties. But, by then it was too late. Presley was dead and the Colonel had lived an entire life and had an entire corrupt career.