Flashback: Simon Cowell’s Adorable Son Took Over the Buzzer on “America’s Got Talent” 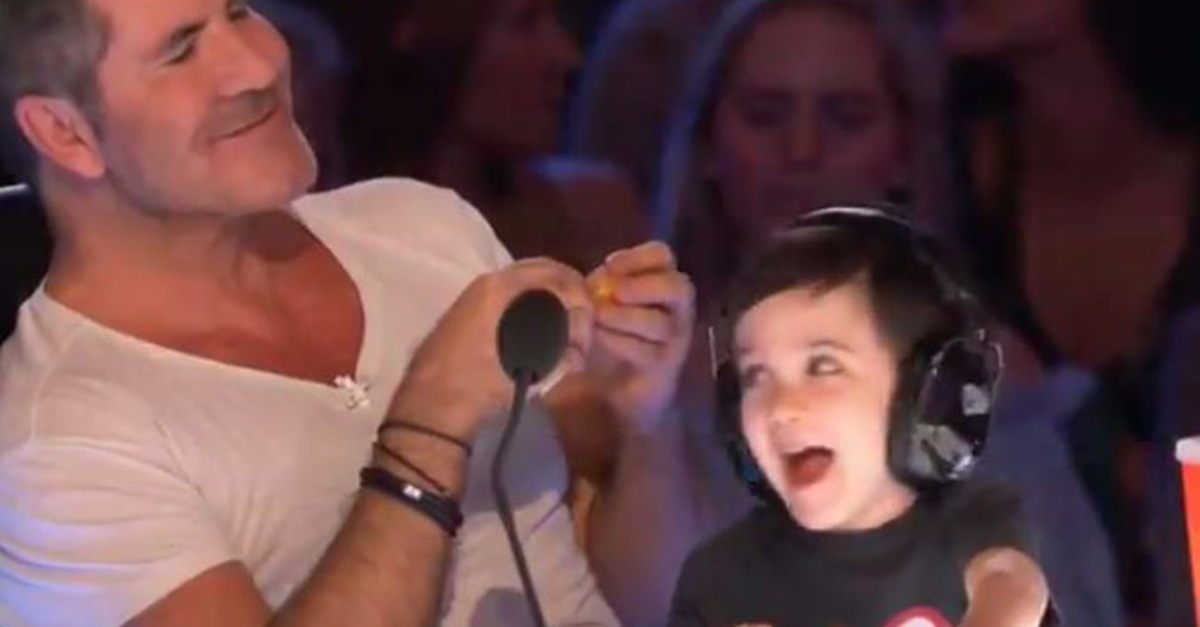 It looks like the apple didn’t fall far from the tree! On NBC’s season 12 premiere of TV show, America’s Got Talent, Simon Cowell brought his very adorable at the time 3-year-old son Eric Cowell with his partner, Lauren SIlverman, to the show.

In a sweet behind-the-scenes clip from the show, little Eric goes crazy hitting the buzzer as his usually cheeky dad shared his softer side and joked around with his son. “Are you trying to do my job? What do I do?” Cowell asked his little boy as Eric hits the buzzer again and again, probably making judge cuts in his own imagination, “That is my job!”

This isn’t the first time we’ve seen Simon Cowell’s son Eric helping the popular British talent judge and music mogul on his shows. In April 2017, Eric appeared on other talent shows, Britain’s Got Talent and the X Factor. Little Eric is always sitting on his dad’s lap at the judging panel, ready to hit that buzzer when it’s time. Cowell even went on to explain on the Ellen Degeneres’ Show that Eric wouldn’t get the golden buzzer as a contestant!

I’m not sure what it feels like to be the cute, adorable son of one of the harshest AGT, BGT, American Idol, and X Factor judges out there, but I’m sure it would be cool to say your dad put One Direction together and finds talent stars. I mean, there’s obviously got to be some perks for growing up in the Hollywood scene. Little Eric is a little older now, so maybe we will actually see him in celebrity news someday. Hopefully not as a true Simon Cowell mini-me.

Cowell is all in for AGT, and had told Extra about not returning to the reboot of American Idol set to premiere in 2018, explaining, “I was asked to do it, and the answer is no,? he added, ?I have no interest. My memories are when we first started. It was a different time with Randy [Jackson], Ryan [Seacrest] and Paula [Abdul]. You can?t recreate that.”

Editor’s note: This article was originally published on May 31, 2017.