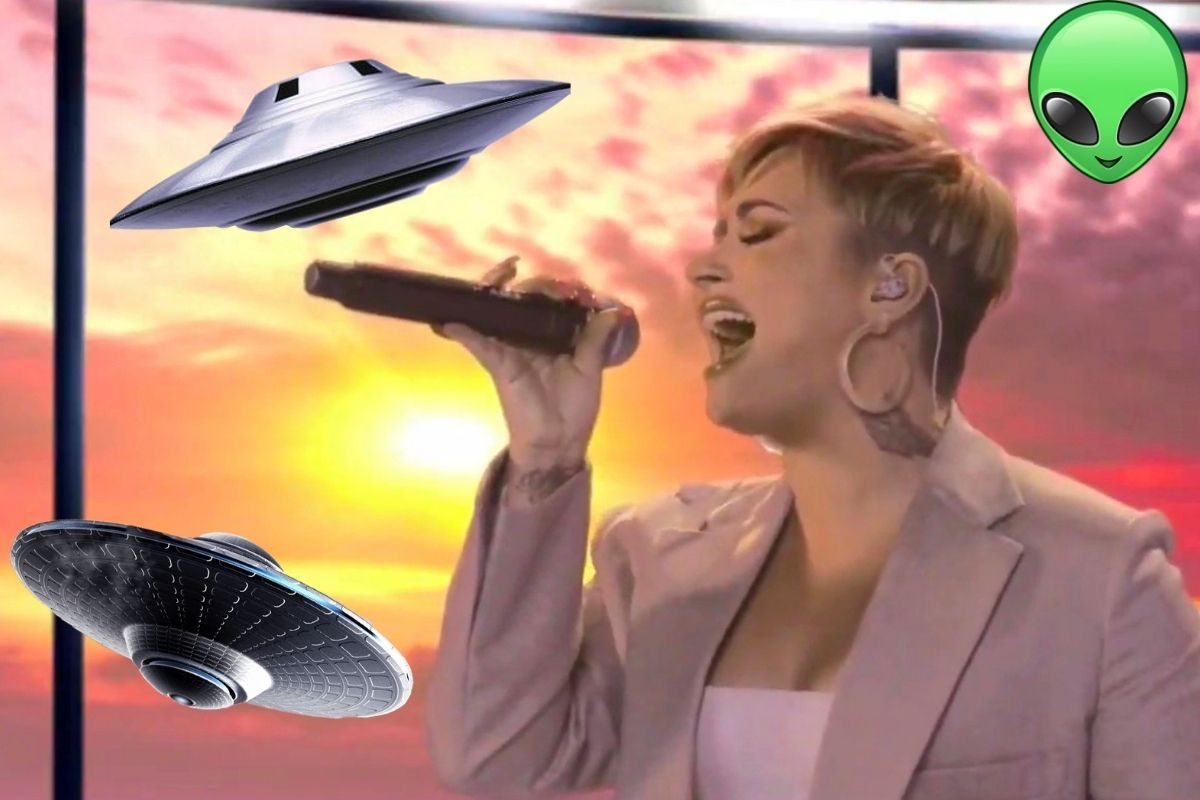 The former Disney kid Demi Lovato is branching out… to alien hunting. The singer made headlines this week for coming out as gender non-binary, which is not the first time they’ve opened up to the public; Lovato overdosed in 2018 and explored that near-deadly experience for the 2021 docuseries, Dancing with the Devil. Now they’re utilizing that format again — to expose extraterrestrial life. The four-part limited series on the Peacock, tentatively titled Unidentified with Demi Lovato, will follow Lovato, their sister Dallas, and their skeptical best friend Matthew as trio seeks the truth regarding UFO phenomena.

“I Know That They’re Real”

On Unidentified with Demi Lovato, we can expect to see Demi Lovato recount eyewitness encounters, interview alien abductees, learn from leading experts in the field, delve into “secret government reports,” and even conduct tests at supposed UFO hot spots.

According to Deadline, Unidentified With Demi Lovato will be produced by GoodStory Entertainment and SB Projects with Lovato signed on to executive produce along with Andrew Nock, Scooter Braun, Scott Manson, Allison Kaye, JD Roth, Adam Greener, Sara Hansemann. The new series for NBC’s streaming service marks Lovato’s second collaboration with the network; currently, they’re set to star on Hungry, an upcoming comedy that follows a “food-issues” group.

So far, Unidentified with Demi Lovato has no official release date but the singer-actress updated her Instagram on May 11 to say the project was “coming soon.”

In October, Demi Lovato spent time in Joshua Tree with Dr. Steven Greer, a self-described UFO expert. Together, they witnessed what Lovato called a “profound sighting.” They left the experience a true believer, writing on her social media:

“If we were to get 1% of the population to meditate and make contact, we would force our governments to acknowledge the truth about extraterrestrial life among us and change our destructive habits destroying our planet.”