Behind Depeche Mode’s Weird Music Video for “Enjoy the Silence” 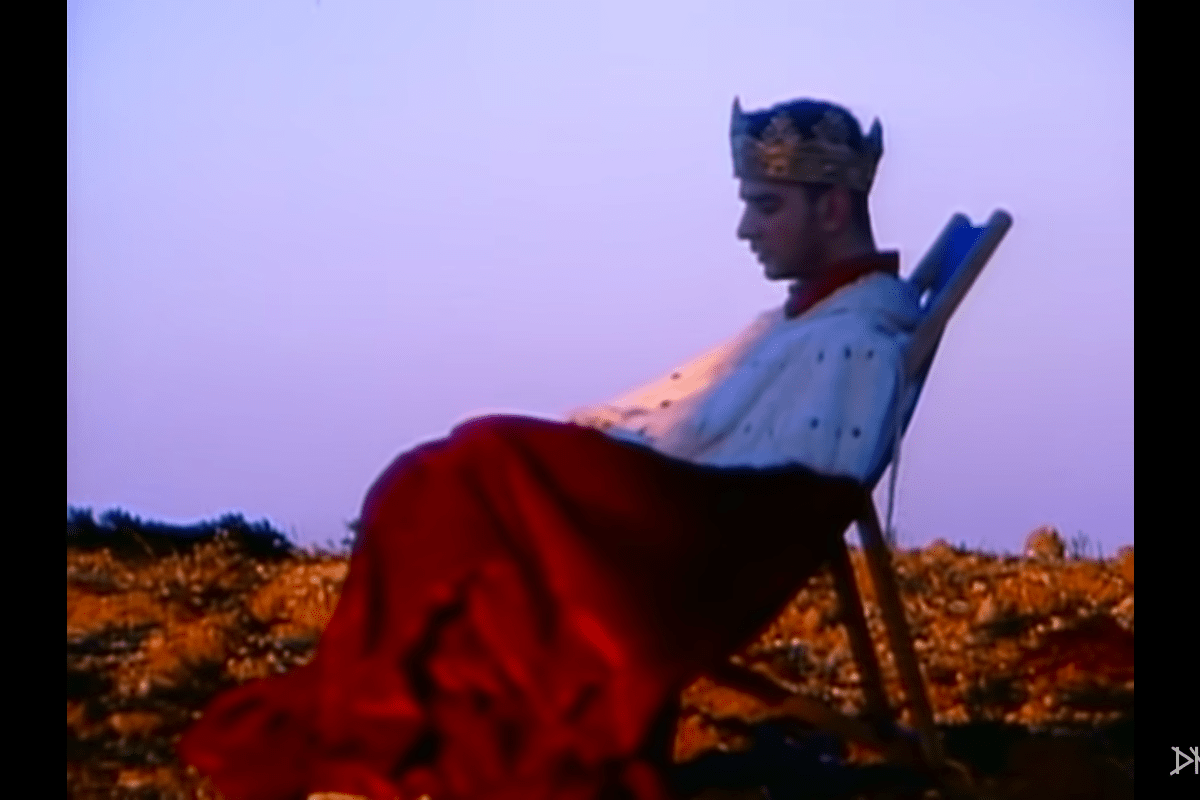 The new wave band Depeche Mode has been churning out electronic hits since 1980. The group, now a trio comprised of Dave Gahan, Martin Gore, and Andy Fletcher, burst onto the edgy United Kingdom scene with their debut album Speak and Spell. Of their core mission, keyboard player Martin Gore said: “My dream was to combine the emotion of Neil Young or John Lennon transmitted by Kraftwerk’s synthesizers.

Soul music played by electronic instruments.” As new wave music gained popularity, Depeche Mode established themselves through a modern sound tinged with a vintage influence. In 1990, the album Violator cemented Depeche Mode?s place as an international musical presence. Off Violator, the track ?Enjoy the Silence? was a breakout hit. But its music video still haunts the band to this day.

The chorus is so famous:

But what does it mean?

In ?Enjoy the Silence,? Depeche Mode builds an echoing soundscape that?s both eerie and poppy. The lyrics, which tell the story of romantic love, seem to betray their intensely dark backdrop. But it?s fitting. Because the lines themselves grapple with the inability for true expression. First, ?Words are very unnecessary / They can only do harm,? and then the lesser-known second verse:

The title, ?Enjoy the Silence? borrows from the track?s final line which comes long after the instrumental has swallowed the lyrics, when the song is about to end. Delivered through a full-throated choir split of Dave Gahan?s voice, it rises as if reverberating through a church. The dictum reinforces Depeche Mode?s stance on the failure of language.

So how do you portray a love song that resists categorization over the medium of film?

Following the success of Violator, an album which included hits like “Personal Jesus,” “Policy of Truth,” “and World In My Eyes,” in addition to ?Enjoy the Silence,? Depeche Mode was approached by the Dutch filmmaker Anton Corbijn. Corbijn had a strong vision for the ?Enjoy the Silence? music video ? and Depeche Mode was not feeling it. But Corbijn?s vision was ultimately reflected in the famous video: lead singer Dave Gahan, dressed as a king, wanders contemplatively while dragging a deck chair.

Depeche Mode did not get it. Why would Dave Gahan be in that silly costume? Why the deck chair? And what did any of it have to do with ?Enjoy the Silence?? The band initially rejected Anton Corbijn?s proposal and went on to film a TV promo for the song instead. This rare video, a straightforward lip-synch, was shot in New York on the South Tower observation deck of the World Trade Center.

But Depeche Mode decided to give Anton Corbijn a shot. Borrowing from the inquisitive philosophy of The Little Prince, Corbijn used exotic locations to emphasize Martin Gore?s character as a king of the world. The group traveled to the Swiss Alps, Scotland, and Portugal to film. This expansive, impressive scenery was meant to emphasize man?s insignificance in the face of nature. Dragging a domestic deck chair up verdant hills and snowy mountain caps, Corbijn imagined that the king would look like “a man with everything in the world, just looking for a quiet place to sit.”

Dave Gahan has openly mocked the result, saying the premise made him feel ?like an idiot.? He even refused to shoot certain scenes, in which a body double is used. Although the symbolic video is heavy-handed ? and totally inconsistent with the Depeche Mode image ? Andy Fletcher has joked that he enjoyed Anton Corbijn?s idea because he “only had to do about an hour’s worth of work.”

?Enjoy the Silence? resists clear interpretation. The lyrics contend a stoic message that?s antithetical to the typical romantic experience. And yet the song was originally meant as a slow love ballad. Only in post-production did Depeche Mode decide to alter the sound, at the suggestion of former member Alan Wilder. The recording was then transformed into the up-tempo, alt-pop hit that still rocks today. The original album version did appear in 1987 on the band’s ironically titled Music for the Masses. In 2004, an “Enjoy the Silence” remix was released on the B-side of Depeche Mode?s Remixes 81?04. In turn, this new take, called “Enjoy the Silence (Reinterpreted),” was again remixed by Linkin Park?s Mike Shinoda.

And so if meaning can shift ? and improve ? through last-minute technical changes, then maybe Anton Corbijn?s unconventional video also adds to the legendary world of this song. Even if Dave Gahan, Martin Gore, and Andy Fletcher aren?t the biggest fans, the video is, at the very least, deeply memorable. It proposes a parallel reading of ?Enjoy the Silence,? rather than expanding on the one that this cutting-edge trio first envisioned.

Watch: The Story Behind Oasis? ?Wonderwall? and Their Connection With The Beatles