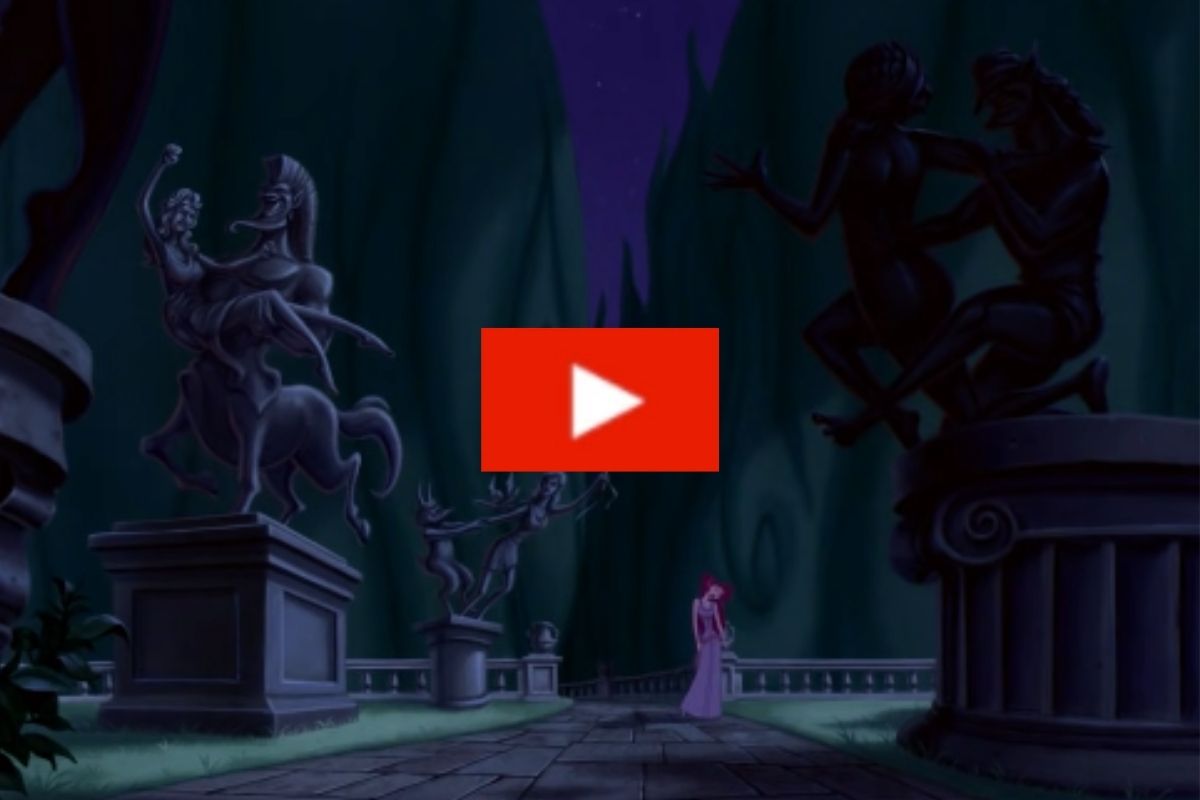 Cartoons over the decades have been widely criticized for either featuring outdated harmful ideals or adult themes that were obviously too mature for the target audience age. Most of the time, the details in the show that could be considered dangerous and inappropriate are incredibly subtle, and it’s actually pretty comedic when the audience is all grown up and finally realizes all the innuendos that are hidden throughout the movie.

Just as this Disney fan pointed out in the movie Hercules.

“Paying More Attention to the Art in Hercules“

The scene in question is the one when Megara, or Meg, the love interest of the hero and main character of the story, Hercules, realizes that she might actually have feelings for our protagonist and then proceeds to sing, “I Won’t Say (I’m in Love),” while she prances through a fancy Greek courtyard.

And while she’s artfully portraying her internal conflict, the screen moves to a series of several statues. The statues originally look romantic, but if you look close enough, you’ll see that it’s quite the opposite, just as this online user pointed out.

TikTok user @elldramaticaromatic posted on the social media platform to talk about what she discovered in the movie. She said, “Whoa whoa whoa whoa whoa, hold on… So I never noticed this before, but in Hercules, in the part where she sings ‘I Won’t Say (I’m In Love)’, there’s a part where she says ‘I thought my heart had learned its lesson’. And the statues that she passes by… these aren’t love scenes. These are assault scenes from Greek mythology. Like, no wonder she’s trying to be cautious!”

Many comments also chimed in on what their opinions were on the statues, with one saying, “Disney in the 90s did not hold back and tried to get away with as much as possible,” and another informing, “”They’re also all based off of real statues! One with Aphrodite and Pan, Nessus and Deianira and the last possible Nymph and Satyr.”

Another added, “Absolutely adore visual storytelling like this. The board artists and layout artists knew what was up.”

If you think about it, it’s pretty funny to see the generation that grew up with these Disney movies realize the mature subtleties in them many years later. And Disney films aren’t the only ones to portray subtle adult themes in their stories. You can find little “easter eggs,” as people have called them, everywhere in animation, and it makes you wonder if the things you’re kids are watching contain the same stuff.