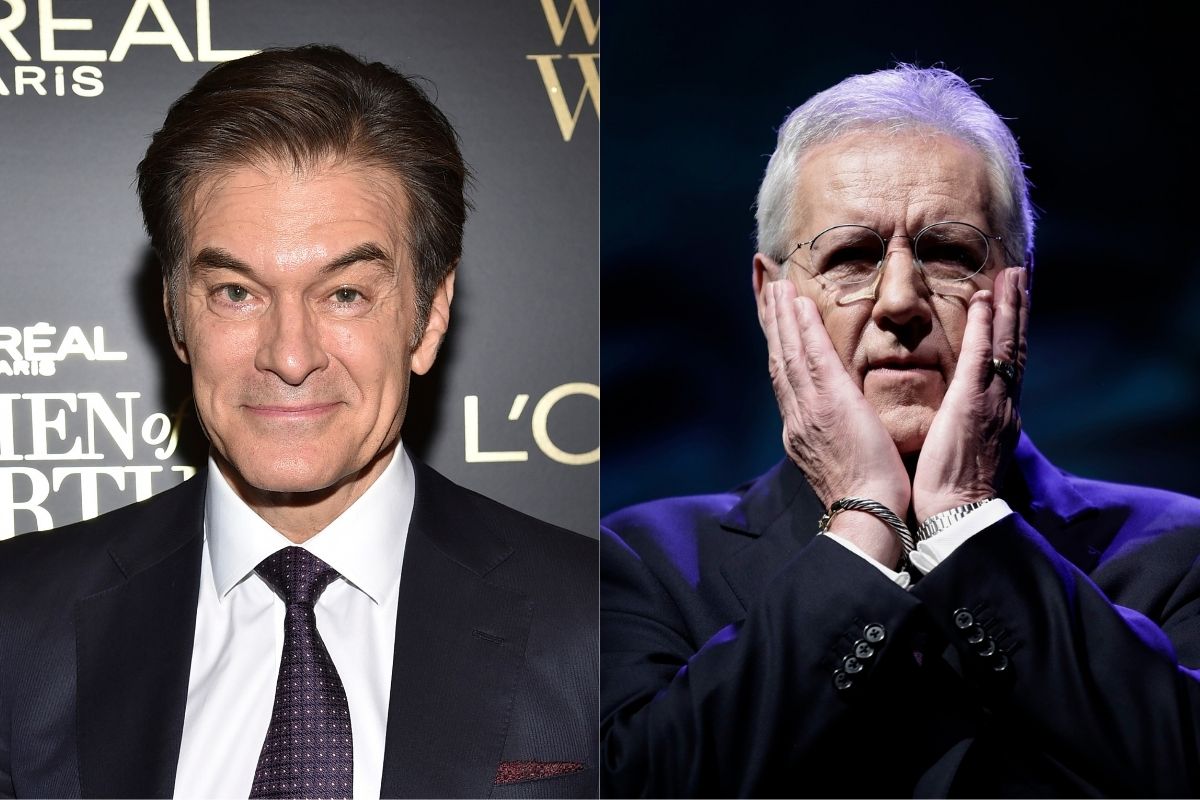 The calm and kind-eyed Alex Trebek became synonymous with reason and fact over his 37 years hosting Jeopardy! on NBC. (Minus these funny outtakes.) So is it really appropriate for daytime TV personality Dr. Mehmet Oz to fill in for the late, great Jeopardy! host? Dr. Oz promotes pseudo-science proudly and regularly peddles medical advice to the American public that is questionable at best. Now Jeopardy! Fans are speaking out against the show’s decision to feature Dr. Oz as a guest host in the wake of Trebek’s death.

The Passing of Alex Trebek

Alex Trebek was a national treasure; he brought grace, authority, and understated humor to the unique job of hosting Jeopardy! CBS? difficult trivia quiz show could have been off-putting to viewers, but instead became a half-hour of shared excitement that?s lasted for decades. Through 37 seasons of daily syndication, and counting, Jeopardy! remains an educational American tradition.

When Trebek passed away from pancreatic cancer in November of last year, the world mourned his loss. I know I spent countless nights with my college roommates, competitively watching the syndicated rounds: a memory (and effective drinking game) that’s now become even dearer to me. But amidst the touching tributes, a new conversation arose. Who might step up to host the influential game show? Who could possibly fill Trebek?s well-worn shoes?

Former Jeopardy! champion Ken Jennings initially filled in but he was just the first of many guest hosts announced by Sony which include, so far: executive producer Mike Richards, Katie Couric, Bill Whitaker, Savannah Guthrie, Dr. Sanjay Gupta, CNN anchor Anderson Cooper, Green Bay Packers quarterback Aaron Rodgers, talk show host Dr. Mehmet Oz, and actress Mayim Bialik. (Personally, so far, Couric is my favorite but I’m excited to see the enthusiasm that Cooper will, no doubt, bring to set.) The plan is for each interim host to work for a two-week stint, with the cumulative winnings from every episode being donated to a charity of the host’s choice.

Throughout this unusual season of guest hosting, a substantial amount of on-air energy has been channeled toward celebrating the legacy of the late Alex Trebek. However, many Jeopardy! fans have been outspoken on social media condemning the choice of allowing Dr. Mehmet Oz to host.

“Oz, among the most-well-known and -loved faces in the daytime firmament with his eponymous show, is a broadcaster in the classic sense ? a figure with few limits on his appeal. He got to this place by trading on his legitimate real-world bona fides ? as a Harvard and Penn-educated cardiothoracic surgeon ? to spread a broadly appealing gospel that mixes together that which is true with that which is pleasant or attention-getting to believe. Notable instances mentioned in past coverage of Oz include his claiming, on his show, that arsenic is present in apple juice and that green coffee beans are an effective weight-loss supplement. Elsewhere, he promoted hydroxychloroquine, the baseless and ineffective COVID-19 treatment. He has also provided a megaphone to vaccine denialists and to anti-gay conversion therapy, as well as, during the run-up to the 2016 election, candidate Donald Trump, who used Oz?s show as the venue to put forward his medical records, which Oz scanned and approved.”

Oz’s own legacy is directly at odds with the mission of Jeopardy: unbiased truth. And it did not take long for fans to notice. Many, including 500 former contestants, have signed a petition lobbying for the removal of Dr. Oz. Some are even calling for a full-on boycott of the show. You can read a passionate open letter for the cause here, released via Medium. And though the scandal remains trending, Dr. Oz is still slated to continue hosting until April 2.