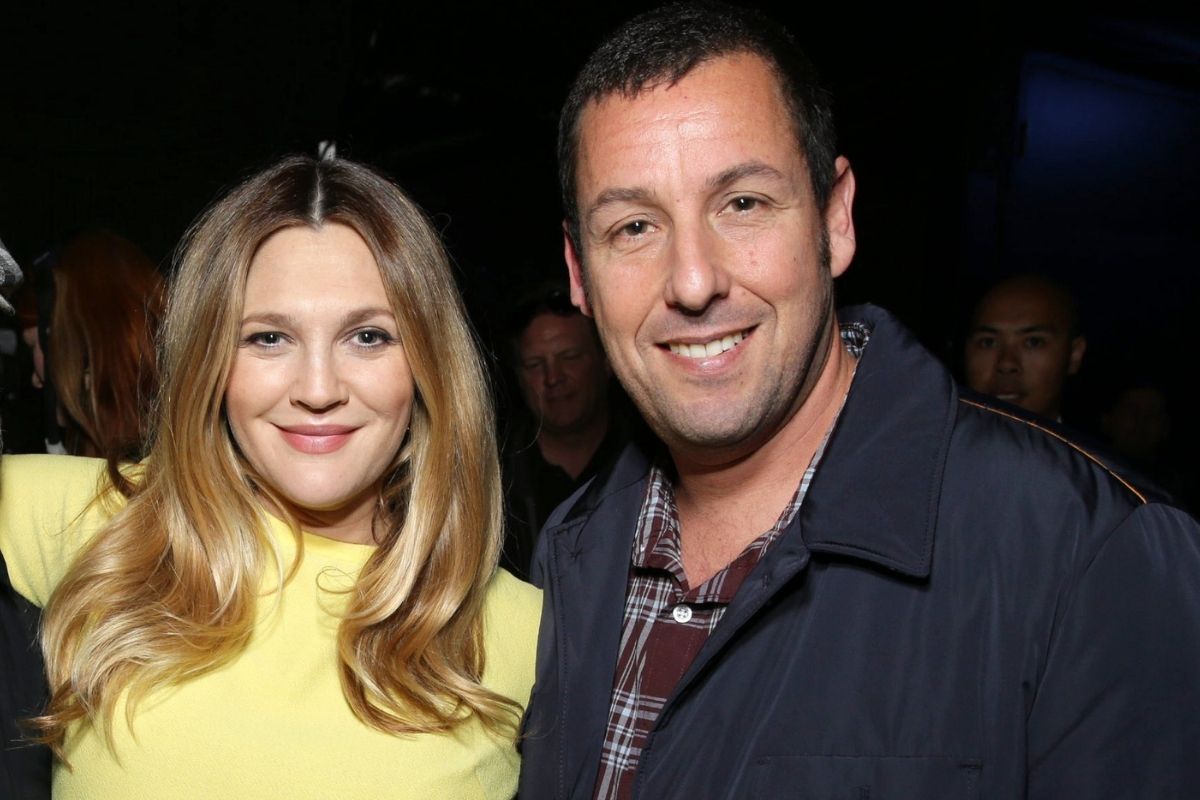 They may not be as romantic a pairing as Lauren Bacall-Humphrey Bogart or Tom Hanks-Meg Ryan, but Adam Sandler and Drew Barrymore are a cinematic duo with real chemistry. And it’s no wonder why. In addition to collaborating on The Wedding Singer,50 First Dates, and Blended, the co-stars are longtime, real-life friends.

The Early Years of Barrymore and Sandler

Drew Barrymore, descended from Hollywood royalty, was always going to be a star. She made her on-screen debut at the age of seven, as the scene-stealing little sis in E.T., directed by her godfather (!) Steven Spielberg. And the decades that followed only cemented her celebrity status. By the mid-’90s, Barrymore was not only an in-demand actress but a regular tabloid topic for her “bad girl” persona: modeling nude, doing drugs, and acting totally uninhibited in public. (And for any Barrymore die-hards, I highly recommend the one-of-a-kind documentary My Date with Drew.) But despite her A-lister status, Barrymore’s 2016 memoir Wildflower reveals that she had to “beg, borrow, and steal” to meet Adam Sandler during the 1990s.

At the time, Adam Sandler was one of the newest breakout stars on Saturday Night Live. As Sandler planned his full transition into film, Barrymore told him that “I knew that we were supposed to become a team.? And luckily, he listened. Along with writing his partner Tim Herlihy, Sandler created The Wedding Singer with Barrymore specifically in mind. And following the success of this romantic comedy, Sandler’s range expanded as Hollywood began considering him for more sentimental roles.

While it might not have been an obvious pairing, part of Barrymore’s charm is that she can spark chemistry with even the most surprising partners. (See: the ultimate rom-com Music and Lyrics with Hugh Grant or Fever Pitch with Jimmy Fallon.) And so it’s no surprise that Barrymore rounds out the iffier edges of a typical Happy Madison film. In turn, Adam Sandler’s movies offer the actress a chance to flex her comedic timing. (They’re also a major cash show; combined, Sandler films have earned more than $2 billion at the box office.) Speaking to The Guardian in 2015, Barrymore said, “You try so hard to do something important and meaningful. But when you strike the universal chord of goofiness, it?s far more important.”

Adam Sandler and Drew Barrymore have not worked together in a while, but both performers are thriving in the new decade. Barrymore’s daytime talk show, The Drew Barrymore Show has rolled out despite the Covid pandemic. And it’s become something of a phenomenon. Of the show, The AV Club said: “Drew Barrymore definitely has a lot of cool, famous friends, and Drew Barrymore sometimes acts in ways that are tremendously weird when asked to talk into a camera by herself. The combination has formed some of the most hypnotically, authentically strange TV…” And during quarantine, that’s really all we can ask for.

In a virtual interview with Adam Sandler on her new talk show, the funny pair spoofed the 50 First Dates concept. Through a VHS tape to his amnesiac, Sandler imagines being forced to explain our present day, focusing on the pandemic and a lot of Netflix talk. That seems like a fair summary of the whole world right now. Watch below.

And while Drew Barrymore expands into television, Adam Sandler is also challenging himself with new projects. Although the Safdie Brothers’ recent drama, Uncut Gems, was not Sandler’s first foray into serious acting, it marked a definite career shift for the entertainer. Sandler carries this indie masterpiece squarely on his shoulders in a performance that is both grating and viscerally exciting. (In my opinion, it was the most exciting film of last year. If you have not seen Uncut Gems yet, it’s now on Netflix!)

And that work was recognized. Adam Sandler was awarded Best Actor at the National Board of Review Annual Awards Gala for Uncut Gems. And what’s more, this honor was delivered to him by the dear Drew Barrymore herself. Introducing Sandler, she said: ?I love this man so much, and I have always believed in him. ?This moment, honestly, couldn?t be more deserved. I know that everyone is rooting for you because you have earned everyone?s respect. You deserve the best, you give the best and you are the best. I love you very much.? There is no direct video of the moment available, but you can watch Sandler’s special acceptance at the Film Independent Spirit Awards below.

And because nostalgia never dies, the pair also won the “Greatest of All Time Dynamic Duo” at the 2020 MTV Movie & TV Awards.