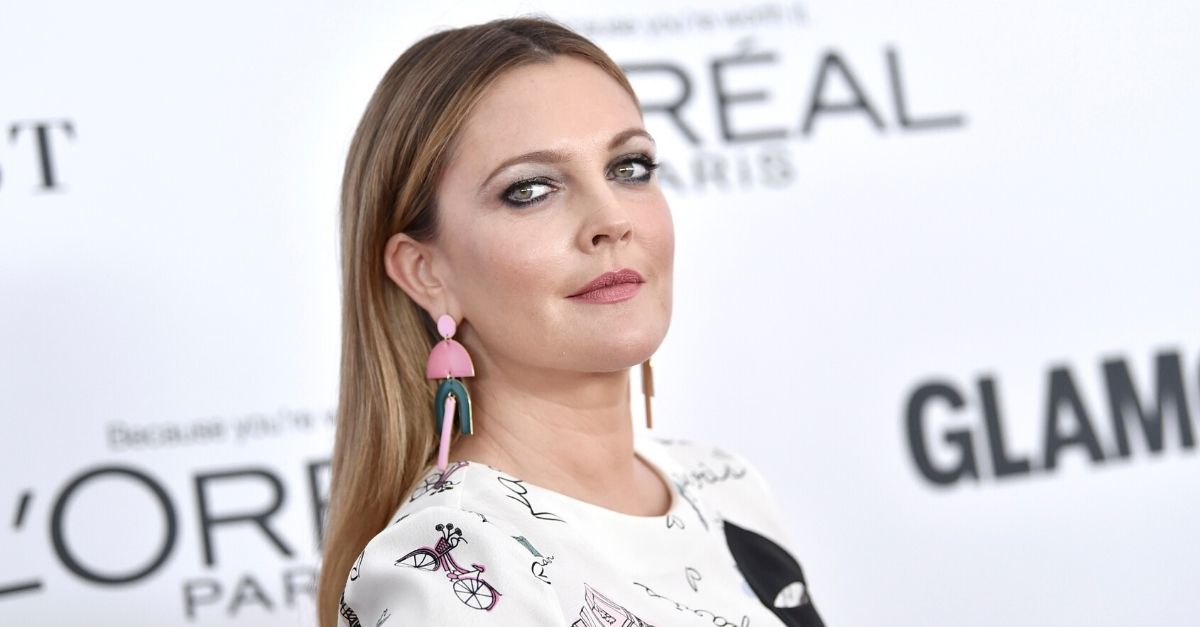 Drew Barrymore is known for her in some of the most beloved films. She was the cute little girl in E.T. The Extra-Terrestrial, and the star of 50 First Dates, Never Been Kissed, some of the best female-led films of the late 90s and early 00s. Today she’s traded her role of being the little girl Gertie to taking care of two of her own. The actress embraces motherhood with the widest smile.

Barrymore’s first husband was bar owner Jeremy Thomas, they met at a bar called The Room. Although she was only a year over being considered “legal” age and he was in his early thirties, the two got cozy. Apparently this marriage happened as a sort of joke….or it at least started that way. A friend from the Room joked that the two should get married as plenty of 4 am bar conversations go. Only the couple followed through on early March 20, 1994. A pit bull was the maid of honor. Vows were exchanged on the roof of The Room. Very classy stuff here. The marriage didn’t last long at all, Drew was over it in about a day. After wrapping filming for Charlie’s Angels, Barrymore flew to Hawaii for their so-called Honeymoon on her own and called Thomas to dump him. R.I.P.

Tom Green, husband number two was a comedian. Their marriage also lasted a year. She met him on the set of Charlie’s Angels. Their relationship lasted through his bout of testicular cancer and he proposed in 2000. Five months after their marriage, Green was filing for divorce. Will Kopelman is also an ex-husband of the actress. The two were married the longest out of all of her attempts, three years. At first, he was her art consultant and friend. After getting engaged in December of 2011, they two married in Montecito, California six months later. The couple was also expecting at the time. The year following the birth of their second child, 2016, the couple announced their split in a public statement.

Barrymore gave birth to their first daughter Olive Barrymore Kopelman in September 2012, shortly after marrying Will Kopelman. The couple welcomed their second daughter Frankie Barrymore Kopelman in 2014. For the most part, Barrymore prefers to keep her children out of the social media and public eye. From time to time she will share a snippet but seems to want to give her kids some privacy.

And, rightly so. And although she and the girls’ father are not still together they make the conscious efforts in co-parenting, spending holidays together. Olive and Frankie reside with their father in New York City and Barrymore travels back and forth from her home on the West Coast to visit her kids. Recently her daughter Olive shot the star for the Sunday Times Style Magazine, a bonding experience as well as a chance for Olive to explore her creative passions. How cute!

The following is a dialogue between me and my daughter… ME: Olive will you take pictures for the @theststyle photoshoot. Its for a magazine people work for years to shoot for! OLIVE: Why are you asking me to shoot you mom? And who normally shoots you? ME: A photographer. But right now, the world is in a crazy place. Everything is an opportunity to do things differently! So what do you say? Do you want to be my photographer? OLIVE:I’m honored to be your photographer. I like taking pictures, so thank you. ME: Do you promise not to shoot me from below? OLIVE: Yes. And then you won’t look like you have a very big chin ME: Oh no, I’m worried about looking like I have NO chin! When @theststyle and I talked about doing this piece, months ago, it was supposed to be about the fact that @flowerbeauty was expanding @superdrug and then it became an even more involved and personal piece …. and wait til you see what it evolved into… ready … wait for it…