This Drunken Rendition of “Mr. Brightside” Brings Tears to Our Eyes 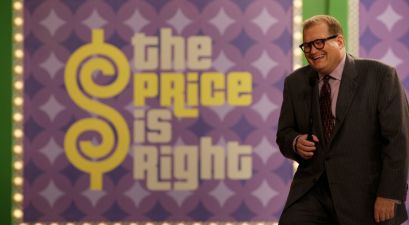 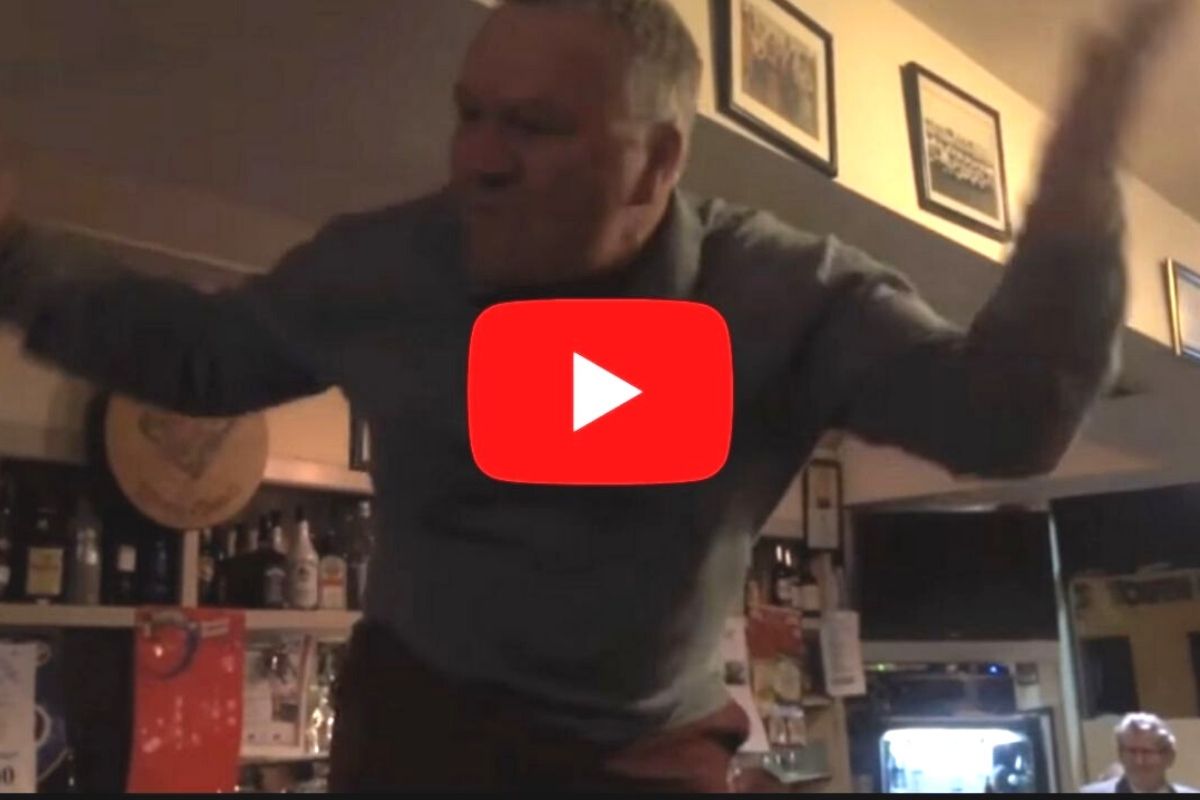 If you’ve never drunkenly belted out the words to “Mr. Brightside” by The Killers then you haven’t experienced the song in its true glory. The universal appeal of “Mr. Brightside” is somewhat impenetrable. The lyrics tell the story of a paranoid man jealously envisioning his girlfriend’s indiscretions. The famous line — “‘Cause I’m Mr. Brightside” — is bitterly ironic. And yet the words are recited joyously at any raucous occasion: parties, weddings, and even… funerals.

The captivating video above takes place at a rustic pub in Killorglin, Ireland. It starts when local Brian O’Sullivan climbs on top of the bar to issue an earnest if slurred, toast to his dearly departed friend: Ger ‘Farmer’ Foley. “He was salt of the Earth,” O’Sullivan announces, “We will remember him forever in our lives.” But this is no mournful remembrance. Falvey’s Bar bar is packed tight with plastered and energetic folks who’d come to honor the passing of their pal the best way they know-how. “ARE YOU F***ING READY?” O’Sullivan asks the riled-up crowd before bursting into the most epic rendition of “Mr. Brightside.”

Within seconds, everyone is clapping along. And it doesn’t matter if they’re off-beat because soon the Killers’ beloved chorus enraptures the crowd. Brian O’Sullivan, gloriously red-faced, remains on the bar and signals the crowd with the impassioned fervor of a classical conductor. By 2:50, his shirt is ripped off and he’s still bellowing, totally overjoyed by the moment of mass connection at Falvey’s Bar. It’s so easy to imagine the smell of sloshed beer and body heat as the video presents an increasingly unhinged funeral celebration.

It’s a testament to the goofy power of “Mr. Brightside” and to the life of Ger Foley, who certainly kept a fun circle of dear friends. After the 2016 video went viral, Brian O’Sullivan offered some painful context on Today FM with Anton Savage. Ger Foley was just 45 years old when he died; there was real, intense grief driving the excitement of O’Sullivan’s “Mr. Brightside” tribute. Foley, who left behind a wife and two children, “Would have loved the exposure his passing would have got because he loved rock and roll,” O’Sullivan said. The unusual video even caught the Killers’ attention. In response, the band tweeted:

The Killers frontman/singer-songwriter Brandon Flowers and guitarist Dave Keuning first joined artistic forces in Las Vegas, Nevada during the early 2000’s. They soon added Ronnie Vannucci Jr. on drums and Mark Stoermer on bass, who remain in the Killers lineup. With a genre-bending indie style, this pop rock band has stayed not only relevant, but consistently on top of the charts. The Killers’ extensive worldwide touring and prolific albums have earned them a dedicated fan base and seven Grammy Award nominations. But before all the fame, The Killers made waves with their debut album, Hot Fuss. This 2004 classic was a massive hit in both the United Kingdom and the United States, earning the Killers the title of “Biggest New Band of the Year” in Rolling Stone. Hot Fuss featured some of the Killers’ best songs, including “Somebody Told Me” and, of course, “Mr. Brightside.”

Brian O'Sullivan, if Brandon ever needs a fill-in, we're calling you! May we all have friends like this #farmersrule https://t.co/mENU0pGfHr

Guitarist Dave Keuning composed the music for “Mr. Brightside” before he ever met Brandon Flowers. Upon hearing Keuning’s solo riffs, Flowers penned the lyrics. Notably, the song has no second verse. The suspicious inner ramblings of the narrator simply repeat, offset by the addictive, angsty chorus: “Jealousy, turning saints into the sea… Open up my eager eyes /
‘Cause I’m Mr. Brightside.” The key fast pace of the song, which mimics the lyrics’ building anxiety, was an addition by drummer Ronnie Vannucci Jr. Producers Mark Needham, Braden Merrick, and Jeff Saltzman then mixed the track for Hot Fuss, and the original version persists as more popular than any remix. In general, it’s attributed that “Mr. Brightside” borrows — both thematically and technically — from “Queen Bitch” by David Bowie. Listen, and you can clearly hear similarities toward the middle!

“Mr. Brightside” has two official music videos. The more popular one was filmed in Los Angeles and directed by Sophie Muller. This high production, the burlesque-style project stars Brandon Flowers, Izabella Miko, and Eric Roberts in a theatrical love triangle. Another, more classic, approach was filmed in Staten Island, New York and features the young Killers at the start of their Hot Fuss stardom.

WATCH: The Story Behind “Wonderwall” by Oasis