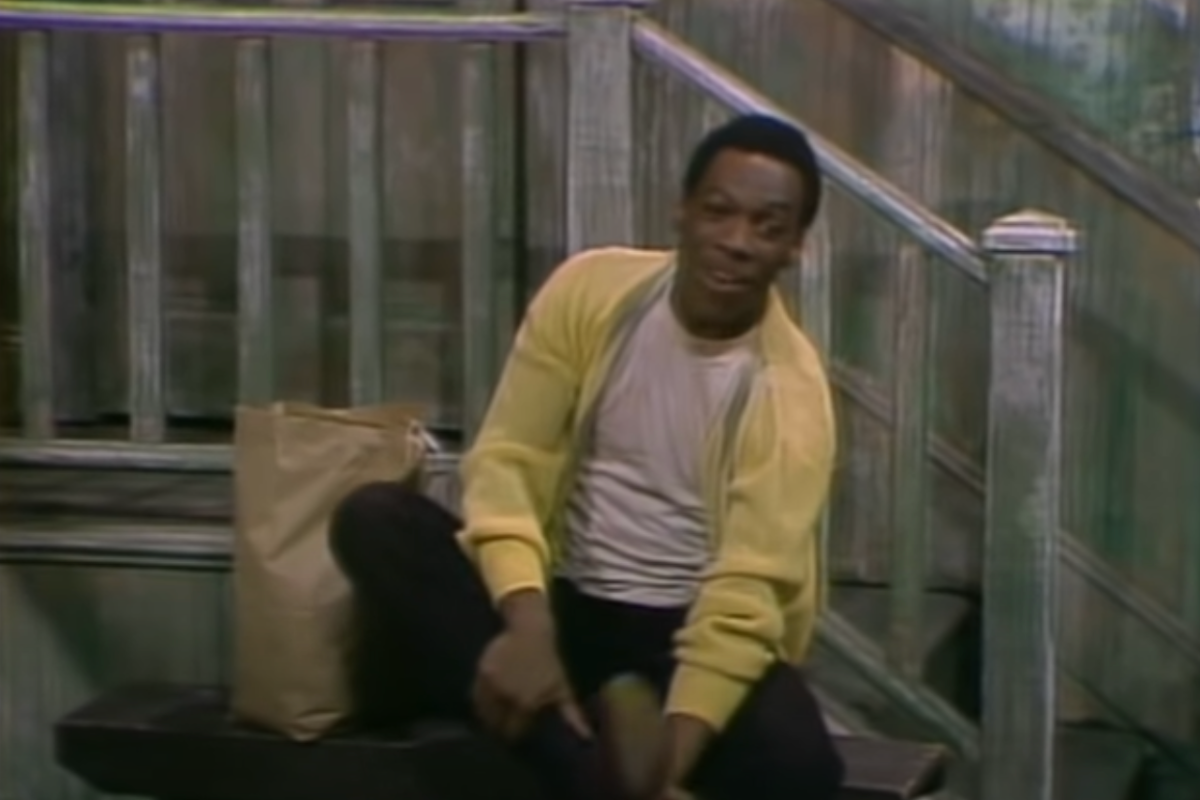 Eddie Murphy‘s Mister Robinson’s Neighborhood sketch on SNL is one that made me roll my eyes just as much as it made me laugh. But, maybe more of the eye-rolling. The sketch features quite a bit of, to be expected of Murphy, racial humor. Calling out stereotypes and isms on both sides. And of course, just a tad bit of racism.

The Gist of ‘Mr. Robinson’s Neighborhood’ is a parody of Mister Rogers Neighborhood, filmed in 1960’s Canada, starring Fred Rogers. Mr. Robinson teaches kids, as well. But, about different things. More along the lines of the ‘societal differences’ between classes and the bite-sized ‘lessons’ on race relations.

For example, the neighborhood Mister Robinson lives in has started to undergo gentrification since his skit’s fir episode. He tells the kids that it’s a “magic trick where white people come in a pay a lot of money and POOF! all the black people are gone”. He explains that once black people have been forced out because of inflated prices, they all go back to Atlanta… “where they came from.” Which, needless to say, isn’t true. It is still [mildly] funny because Atlanta is definitely densely populated with the Black community.

Next, he tackles squatters’ rights, relating it to ‘finder’s keepers, the same way he did nutrition in episode one. The ‘word of the day’ has gone from ‘Nutrition’ to ‘Racism,’ in the instances where his new neighbors (who live where his friend used to cook crack) come to talk to him about a TV they are ‘n0T aCcusiING h!m oF $tealinG‘. Lastly, there’s the 23-and-me bit, addressing specifically black fathers who duck out on their kids …

Comedian Eddie Murphy has hosted and appeared on the comedy sketch show Saturday Night Live throughout the years. He was a regular cast member of the show from 1980-1984. The prior two times he hosted, he was still on the show. In those days, his most famous character sketches featured Mr. Robinson’s neighborhood, Buckwheat (the kid from The Little Rascals all grown up- but still with a lisp, and Gumby.

In the ten years between him hosting on SNL, he’s viewed as one of the top 100 greatest comedians of all time, accordion to Comedy Central. He’s done specials: Delirious, Eddie Murphy Raw, and children’s movies Mulan, Shrek, to all-around favorites. I’m sure I’m preaching to the choir, right?? We’re all v familiar.

To commemorate his trip back to the SNL stage, he brought some homes for the extra funnies. His cold open alone featured multiple stand-up comedians, including Chris Rock, Dave Chappelle,  Tracy Morgan, Kenan Thompson, and Joe Bennett. Colin Jost, Michael Che was also present throughout the episode, Pete Davidson joked about rehab, Jason Sudeikis appeared, and Lizzo was the performer.

The last episode of the year included Murphy’s characters in the aforementioned Mr. Robinson’s Neighborhood 2019, Home for the Holidays (a must watch), and Buckwheat on The Masked Singer.