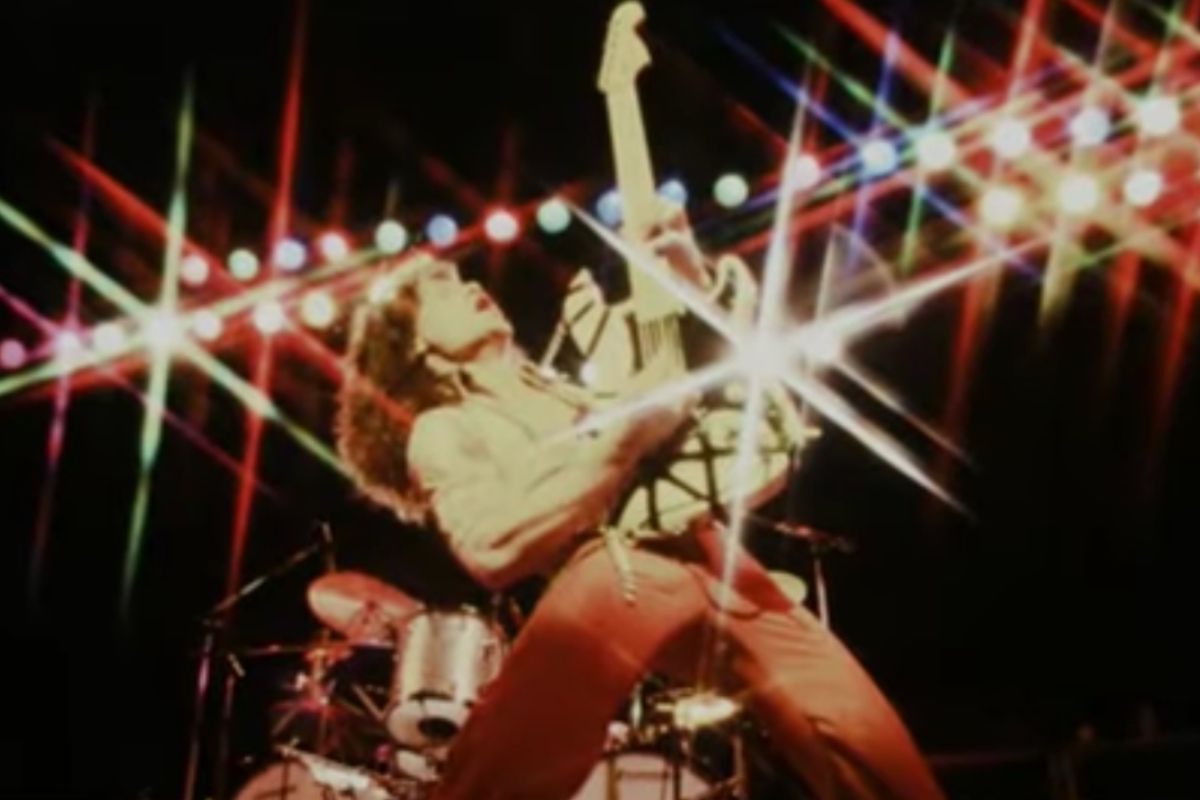 Legendary guitarist Eddie Van Halen passed away last Tuesday after his long battle with throat cancer, and he will forever be remembered for the insane riffs in the most iconic songs of the decades. He was honored by the Recording Academy who dubbed the Rock & Roll Hall of Fame icon a “genius” and a “true guitar hero,” and many other rockers paid tribute to the Van Halen founder for his influences including Mötley Crüe?s Nikki Sixx, Rage Against the Machine?s Tom Morello, and metal band Pantera. He is survived by his son, Wolfgang Van Halen, with Valerie Bertinelli.

?During his legendary career, Grammy Award winner Eddie Van Halen contributed to some of the world?s most iconic music,? the statement from Recording Academy president and CEO Harvey Mason Jr. read. ?His explosive guitar playing and approach to the musical process solidified him as an undeniable force in his field and forever established his place as a true guitar hero. The world is lucky to have witnessed Eddie?s genius as a guitarist, and we know he will influence and shape rock music indefinitely.?

His death not only caused ripples in the guitar world, but everywhere else. As he’s honored for his guitar solos in songs like “Eruption” and riffs in “Panama,” he’s also remembered for his work outside the rock world like in Michael Jackson’s “Beat It.”

With his beloved Frankenstrat in hand, here are our favorite Eddie Van halen guitar solos:

If you’re not singing the lyrics to this song at the top of your lungs when you hear it, then take a seat to understand that classic rock can be love ballads. As Eddie wails on his guitar, the ability to show deep emotion mixed with the lust and instant gratification that defines true rock and roll only showcase the range he has as a musician, even more than just a guitarist.

Although his solo runs only about four measures in this song, it comes in after both the second and third chorus. Shredding the way he does within those small pockets makes this song one of his most iconic guitar solos. In an unreleased version of the song, there are different vocals from David Lee Roth along with an extended guitar solo from Eddie.

Although its music video was a fun, playful hit, it doesn’t take away from Eddie’s amazing guitar work. With his older brother Alex Van Halen kicking the song off with a fast uptempo beat on the drums, Eddie keeps up with fast finger-tapping on his fretboard for a more quick and jumpy jolt.

This guitar solo is almost two minutes long, just 18 seconds shy from the cut-off. It earned the top spot in Guitar World’s “Best Guitar Solos of All Time” list and has power chords that encapsulate the epitome of pure, genius rock.

One of the more favorited classics from the band, Eddie’s guitar solo in this song really defines him as one of the most classic rock guitarists in the industry. The car that’s heard rumbling in the song is Eddie’s 1972 Lamborghini Mirua S, which they had recorded because it was parked in the studio.

If you’ve ever seen better harmonics than the keyboard in this song moving ebb and flow with Eddie’s rock guitar, then you might as well just stop reading this article. The electric guitar sound is fitting with the way Sammy Hagar’s vocals push through the space of the venue they’re in, filling up the space with the most satisfying power and strength coming from the stage. This one has my vote for my personal favorite from guitar god.

For obvious reasons as to why we would pick this song, it is the most successful single from the band. Eddie’s keyboard solo melody is what makes the song recognizable, but it’s his ability to play that and his guitar solo that define him as not only one of the greatest guitarists, but also one of the most talented musicians. In 2014, Eddie told Rolling Stone that interestingly enough, the band was actually not into the track initially. ?When I first played ?Jump? for the band, nobody wanted to have anything to do with it,? he said. ?Dave said that I was a guitar hero, and I shouldn?t be playing keyboards. My response was, ?If I want to play a tuba or Bavarian cheese whistle, I will do it.”

Now, for the real question: what song do you think has Eddie’s greatest guitar solo of all time? Don’t forget about “Ain’t Talkin’ Bout Love,” “I’m the One,” “Ice Cream Man,” “You’re No Good,” “Spanish Fly,” “Mean Street,” “Push Comes to Shove,” and so much more from the iconic shredder himself.

Watch: Jon Bon Jovi is Proof a Rockstar Can Be a Dedicated Family Man