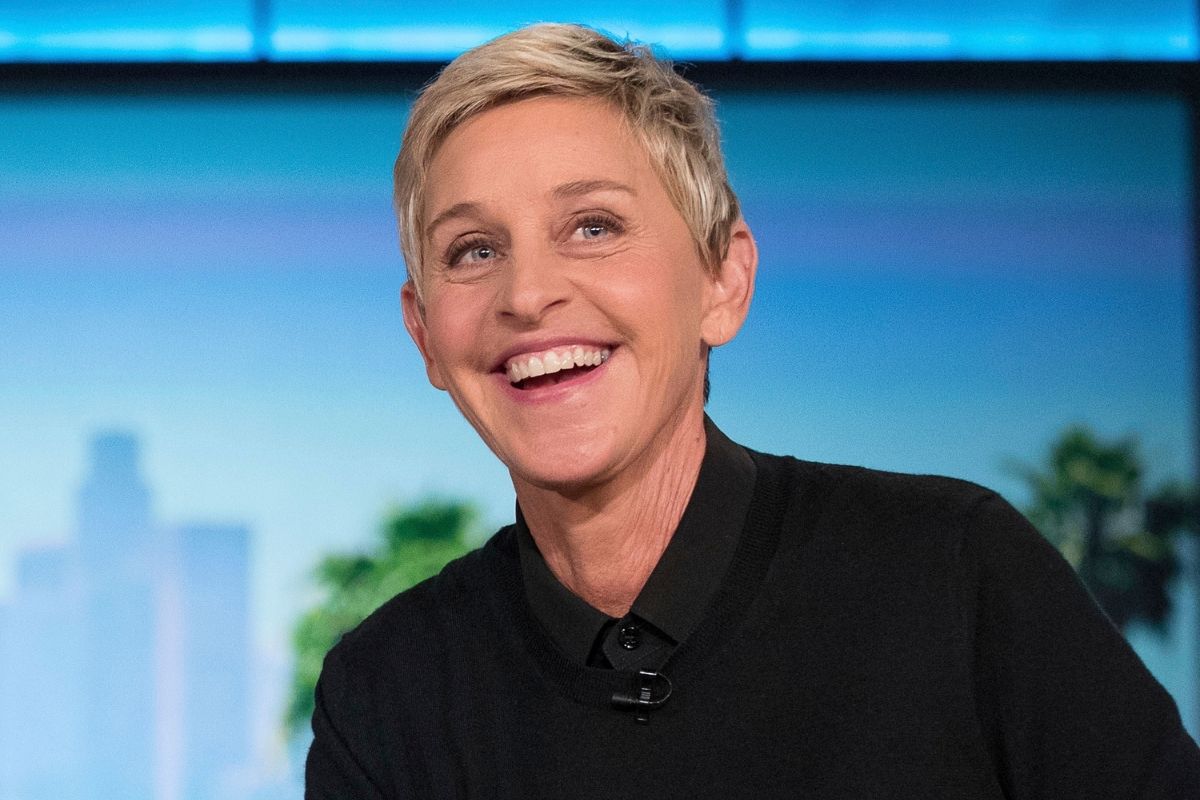 Editor’s note: This article was updated again on May 12, 2021, after Ellen Degeneres announced that her show was officially ending.

After 19 seasons, 3,000+ episodes, and accusations of maintaining a toxic workplace environment, Ellen Degeneres announced that her talk show, the Ellen Degeneres Show, is officially coming to a close. And although many could assume that it was because of the toxic workplace accusations, the beloved talk show host put the rumors to rest as to why she’s actually ending this era.

With her contract ending in 2022, the end of the 19th season, Degeneres said that the ending was planned and on her own terms. Explaining that the show no longer challenged her creativity, the popular celebrity said, ?When you?re a creative person, you constantly need to be challenged ? and as great as this show is, and as fun as it is, it?s just not a challenge anymore.”

According to the New York Post, she further explained how she was already planning to stop after season 16, but that “affiliates and the stations,” pushed for her to do three more seasons. And although the news came after the allegations that the work environment behind her show was riddled with bullying and bad behavior, Degeneres denied that those were reasons for the show’s closing. She said, ?If I was quitting the show because of that, I wouldn?t have come back this season,? adding, ?So, it?s not why I?m stopping.?

And although she distanced herself from the accusations, she still acknowledged them, speaking on moving forward with lessons learned. She said, ?You realize that every single encounter means something. And if, for whatever reason, one day I wasn?t dancing when I?m in the dry cleaners or I didn?t smile at somebody, it?s like, ?Oh, did that affect somebody? Was that what they meant?? And I don?t know, but I know that I?m just a person with a lot of different emotions and I struggle with depression and with anxiety. So, every day I?m not super smiley, but my intention is never to hurt anyone.?

Editor’s note: This article was updated once again on March 24, 2021, after it was found that “the Ellen Degeneres Show” lost over one million viewers since the show was accused of having a toxic work environment for its employees.

The beloved Ellen Degeneres Show that was once highly favored, had kicked off its most recent season with an apology from the TV show host herself, Ellen Degeneres. In addressing the toxic work environment claims, she said, ?I learned that things happen here that never should have happened. I take that very seriously. And I want to say I am so sorry to the people who were affected.?

However, that didn’t stop her show from losing over one million viewers amidst the allegations.

Although the New York Times reported that the season premiere featuring Degeneres’ apology had the highest ratings any of the show’s season openers have ever had in the last four years, in the last six months of the show, it only averaged 1.5 million viewers compared to the previous season’s average of 2.6 million viewers.

As other daytime talk shows have also dropped in viewership, none have reported percentages as high as Ellen’s  43% decline. Her show is also currently being outperformed by Dr. Phil with 2.5 million viewers and Live: With Kelly and Ryan with 2.7 viewers, according to Fox News. Fox also reported that the viewership decrease included a 38% decline in female viewers under 54 years old, which is the show’s prime demographic.

David McGuire, an executive with Warner Bros. Telepictures, which produces the show, said in a statement, “The Ellen DeGeneres Show remains one of the top three highest-rated syndicated talk shows this season. While broadcast is down across the board and Covid has been challenging for production, we are looking forward to bringing back our live audiences and a 19th season filled with all of the hilarious and heartwarming moments that have made ?Ellen? one of the longest running and most successful talk shows in history.?

Editor’s note: This article was originally published on July 20, 2020. It was updated July 28, 2020, after reports came out that the famous daytime talk show was under internal review following the allegations about its “toxic work culture.”

On Monday, Variety reported that the Ellen Degeneres’ Show was to go under an internal investigation by Warner Media, following the allegations of 10 former staffers and one current employee about their experiences resulting in them naming the show a “toxic work environment.”

According to Variety, Telepictures and Warner Bros. Television announced that Warner Media’s employee relations group, along with an unnamed third party firm, will conduct interviews across the board about their experiences working for the talk show. However, both spokespeople for Warner Bros. Television and the Ellen Degeneres Show have declined to comment on the situation.

The internal investigation will review the allegations of racism and intimidation on the show from former employees who had previously talked with Buzzfeed News about their experiences working for the show. The allegations included “claims of being penalized for taking medical leave, instances of racial microaggressions, and fear of retribution for raising complaints.”

According to a joint statment to Buzzfeed, executive producers Ed Glavin, Mary Connelly, and Andy Lassner explained, “Over the course of nearly two decades, 3,000 episodes and employing over 1000 staff members, we have strived to create an open, safe and inclusive work environment,” they said in a joint statement to BuzzFeed. “We are truly heartbroken and sorry to learn that even one person in our production family has had a negative experience.”

This Monday needs a little @MichaelB4Jordan. If you haven’t heard about his new initiative #ChangeHollywood, you can find out more here: https://t.co/alfZoc7tIC pic.twitter.com/rTiaxPusm2

They also added, “It?s not who we are and not who we strive to be, and not the mission Ellen has set for us. For the record, the day-to-day responsibility of the Ellen show is completely on us. We take all of this very seriously and we realize, as many in the world are learning, that we need to do better, are committed to do better, and we will do better.”

Nevertheless, these types of allegations have not been made specifically against talk show hostess, Ellen Degeneres, who did have some complaints of demeaning behavior towards others. However, she has yet to comment about what’s going on with her show.

Apparently, not everything is bright and peachy as it normally seems on the Ellen Degeneres Show. Recently, 10 former employees from the show spoke anonymously with Buzzfeed News after they were ?fired after taking medical leave or bereavement days to attend family funerals.?

The favored daytime talk show builds its name on the mantra, “be kind,” but one former employee stated, ?If [Ellen] wants to have her own show and have her name on the show title, she needs to be more involved to see what’s going on.”

The former employees explained to Buzzfeed that they were actually working in a toxic work environment behind the multi-million dollar brand, known for its crazy audience giveaways and charity acts. This included acts of racism, fear, and intimidation, not directly from Ellen Degeneres, the talk show host herself, but from her executive producers and other senior managers.

One former employee said, ?I think the executive producers surround her and tell her, ?Things are going great, everybody’s happy,? and she just believes that, but it’s her responsibility to go beyond that.” But in trying to talk to Ellen about what was going on internally with her show’s productions team, other former employees said that they were instructed by their direct managers not to talk to her if they saw her.

Some of the accusations of racism included racist comments from a senior-level producer who told a Black woman and another Black employee, ?Oh wow, you both have box braids; I hope we don?t get you confused.? And other racist comments and microaggressions included one of the main writers saying, ?I?m sorry, I only know the names of the white people who work here,? with laughter as a response from other colleagues rather than someone pointing out what was wrong.

Another former employee who asked for the phrase “spirit animal” to not be used was mocked as the “PC police.” Executive producer Ed Glavin scolded her for bringing that up, asking for a raise, and recommending diversity and inclusion training for all employees, saying she was “walking around looking resentful and angry.” She left for home that day and never came back. She didn’t speak up for years out of fear until recently because of the Black Lives Matter movement, but when a manager reached out to apologize, the former employee explained that it was “too late.”

Another former employee, who took medical leave for a month after a suicide attempt, came back only to find their position had been eliminated. And another former staffer was warned to take down a GoFundMe campaign shared on social media to raise money for medical bills that weren’t covered by the company’s health insurance, “because of concerns it might hurt Degeneres’s image.

However, apparently Ellen isn’t completely in the clear of accusations either. Comedian Kevin T. Porter asked people to share “the most insane stories you’ve heard about Ellen being mean,” on Twitter, to which the tweet got more than 2,600 replies. Ellen’s former bodyguard also talked about a negative experience he had with her in 2014, calling out that she was “demeaning” to others.

Right now we all need a little kindness. You know, like Ellen Degeneres always talks about! 😊❤️

She’s also notoriously one of the meanest people alive

Variety reported that employees were frustrated that the top-level producers were not communicative about the next steps following the start of the coronavirus pandemic. Yet in criticizing that argument, a spokesperson for Warner Bros. Television explained that although communication could’ve been better, the crew was still paid during the mess caused by COVID-19, just at reduced hours.

Nevertheless, the division between staff members is inherently evident according to the former employees. Favorites are played while people are fired like they never existed, deeming the tv show with having a toxic work culture. Other employees defend the talk show, explaining that this is how the industry is but were still criticized by the former employees saying that the tv show stood out for being so negative from within.

“Over the course of nearly two decades, 3,000 episodes, and employing over 1000 staff members, we have strived to create an open, safe, and inclusive work environment,” they said. “We are truly heartbroken and sorry to learn that even one person in our production family has had a negative experience. It?s not who we are and not who we strive to be, and not the mission Ellen has set for us. For the record, the day to day responsibility of the Ellen show is completely on us. We take all of this very seriously and we realize, as many in the world are learning, that we need to do better, are committed to do better, and we will do better.”

Watch: How Much Money Has Oprah?s Best Friend Gayle King Made in Her Career?