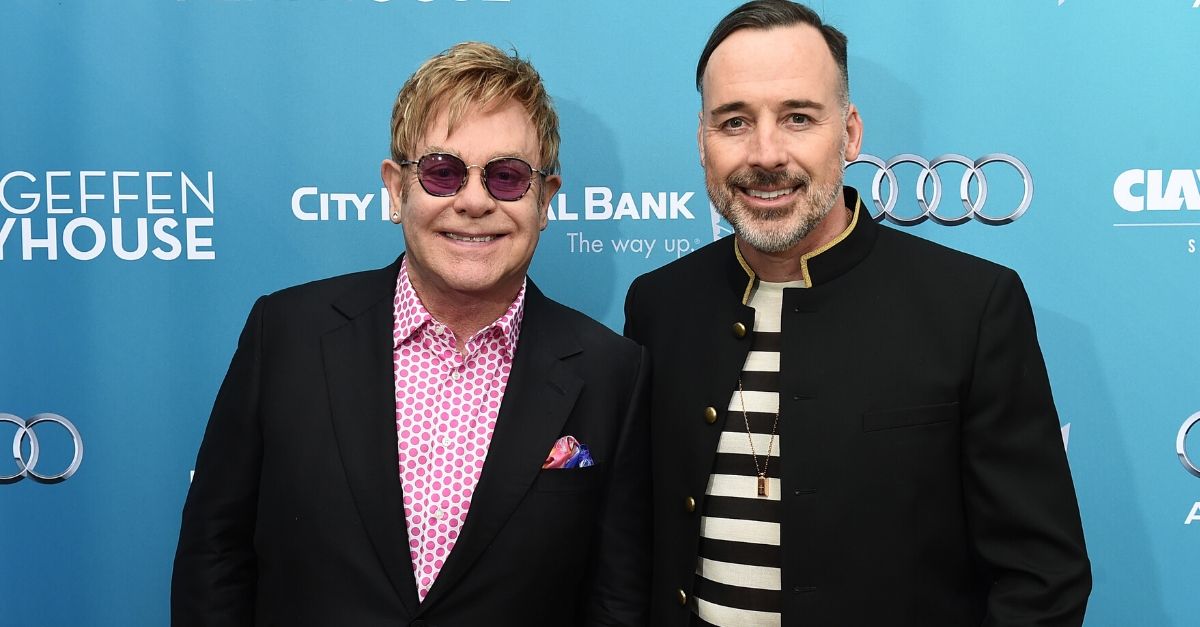 Elton John’s husband David Furnish and he met and fell in love, making it official in a manner of days. That was twenty-five years ago. Today they share a family and are living a true love Hollywood story.

Sir Elton John is perhaps the right hand of the music industry, having put out numerous hit songs and making the soundtrack to many lives from “Rocketman,” “Bennie and the Jets,” and “Tiny Dancer.” In his younger years, he struggled with the weight of stardom and finding his forever partner. That changed when he hosted a certain dinner party in 1993. He’d asked one of his friends to invite a group of people he’d never met before. In that group of people was the love of his life and future husband David Furnish.

Who is David Furnish

David Furnish was born near Toronto, Canada, and moved abroad, first to London to escape the shame he’d received at home. He grew up in a middle-class, loving home but after coming out to his mother in college and feeling heartbroken by the response she gave him. After that all he wanted a fresh start. He traveled to Europe and landed a job as an advertising executive in London. Driven and hardworking, Furnish became the youngest person on the Ogilvy & Mather board. When he met John, it was completely by happenstance.

When he was invited to the dinner party at John’s house, Furnish was skeptical. He thought the night might be boring and refused a driving service offered to him for the option to drive because he was worried about being able to leave when he wanted. He didn’t leave the party early and he found himself back at John’s house the next night for dinner. And in the words of Sir Elton John’s words, “The next night we had dinner. After it, we consummated our relationship.” Things moved pretty quickly. Shortly after, Furnish left Ogilvy & Mather. He started working on bigger projects. To date, his projects have included the 1996 documentary he made about his partner “Elton John: Tantrums and Tiaras,” which showed the world a side of Elton John never before seen. John found the movie to be a gift and used it as a conduit of personal growth. The two also worked on Elton John‘s biopic, “Rocketman.”

In 2014 Elton John and David Furnish got married. They didn’t feel they were missing anything in their civil partnership, however, the legalization of same-sex marriage earlier in the year encouraged them to take the step. They wanted to celebrate this new right and live by example.

Big day out for the F-J Family. The last time Watford were in the Cup Final, Daddy owned the club. Today our sons are representing the family as team mascots. We couldn’t be prouder ❤️❤️ @eltonjohn @watfordfcofficial

The couple is enjoying their life and the new joys of parenthood, as they have two little boys. Their first child Zachary Jackson Levon Furnish-John was born in 2010 on Christmas Day via surrogate. Their second son was born two years later. On January 11, the couple welcomed Elijah Joseph Daniel to their loving lives. And if that isn’t cute enough, to keep the romance alive and just because they genuinely love to, the couple writes letters.

They write letters to each other every Saturday because they met on a Saturday and just want to remind the other that they are loved. The star has since retired from performing, wanting to focus on his family life. He announced the Farewell Yellow Brick Road tour to be his last, which ends in London at the end of this year.